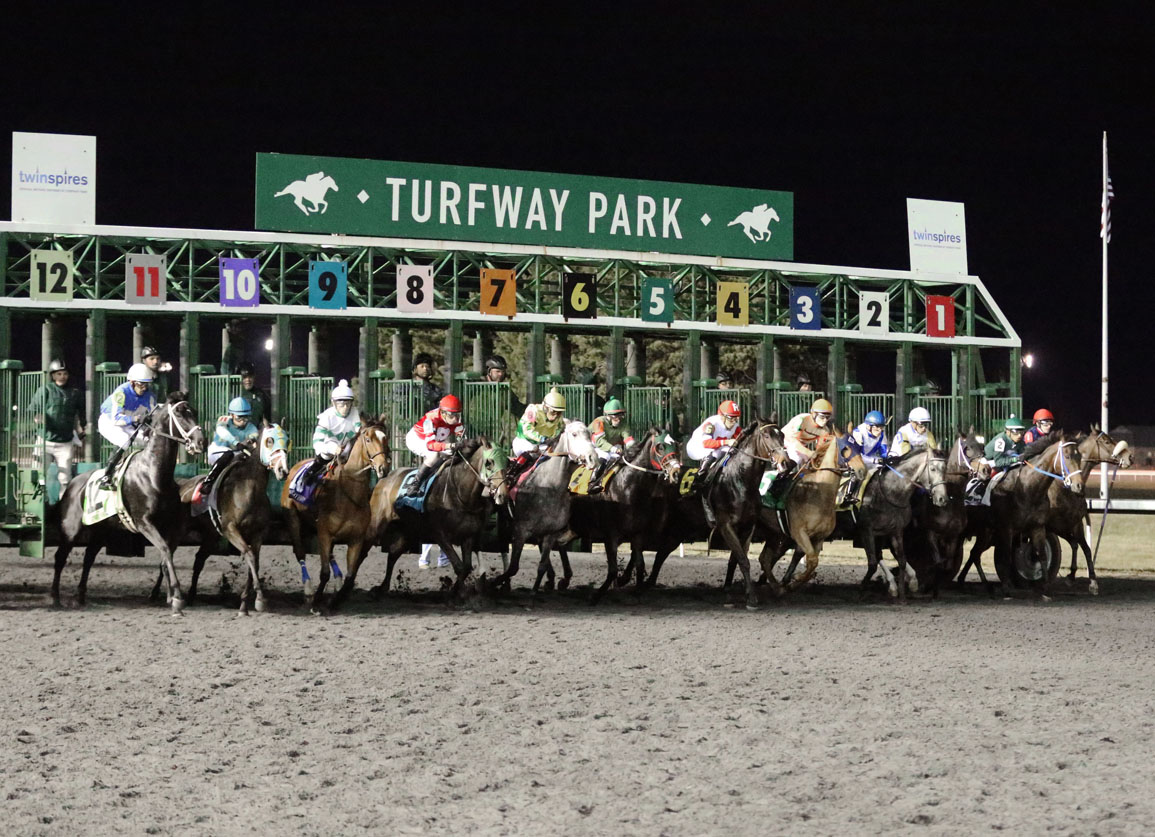 Turfway Park executives are projecting purses for maiden special weight (MSW) races to nearly double to about $60,000 for the upcoming dual meets that will be run December through March.

Last season, Turfway paid out just $32,000 for MSW races while conducting meets heavily compromised by both the COVID-19 pandemic and a massive grandstand rebuild that kept the northern Kentucky oval closed to on-track spectators.

Picklesimer did caution that Turfway's MSW purse figure is not yet finalized, qualifying his estimate by saying “I'm guessing $60,000-ish” when asked by KTDF chair Bill Landes III what to expect.

But Picklesimer also added that Turfway's stakes program could be in for an upgrade too: “I think we're going to bring back the historic stakes schedule of years ago; you know, a stakes every weekend,” he said during the Oct. 5 videoconference.

Although Turfway's projections were met with praise by some industry stakeholders and KTDF board members, it must be noted that last season's MSW purses fell well short of what a company executive had told the KTDF to expect.

Rick Hiles, who is the president of the Kentucky Horsemen's Benevolent and Protective Association and also a KTDF advisory committee member, said that Turfway's longer-term future now seems so bright that the track should consider upgrading its backstretch area to get ready for the influx of outfits that will want to race there once the frontside construction project is complete.

“If it's true what Tyler said that [MSW races] are going to be around $60,000, that will exceed Gulfstream and Fair Grounds racetrack right there for purses, so a lot of the Kentucky guys that have been going south may elect to stay home because of expenses,” Hiles said.

Chip Bach, Turfway's general manager, concurred with Hiles that stabling improvements are overdue at his track, but he explained they are on the company's radar for future upgrades.

“No one knows that we need work on our backside more than we do,” Bach said. “There's nothing that's been approved yet, but I know that there are things in motion seeking approval and there are plans being brought up. So our eye is definitely on it. I agree with [Hiles] 100% that we've got an old barn area and we want to attract people to it, and right now we need to make some improvements.”

But the much bigger grandstand, clubhouse and gaming facility build-out will still be the dominant project at Turfway for at least the next nine months.

“The target I keep hearing is July 1,” Bach said of a potential completion date for the new Turfway. “There are supply chain issues. There is COVID; labor force issues. So it's really hard to drive a stake on a target date given all that's going on in the world. But everybody's very optimistic how it's proceeding right now.”

As for what horse people can expect in December, Bach confirmed that “you'll be seeing what you saw last year. We have these 'trophy suites' for the judges, for the announcer, for the stewards. We just have a major construction program 15 feet away from it. We won't have parking built for it yet. So there's not a real good way to get fans safely in to park and watch the races. We will make accommodations for some owners and trainers.”

Bach said heated tents that have see-through frontage to watch the races could be an option for license-holders. “But of course, we get a lot of snow in the winter time at Turfway, so some of these tent companies are reticent to lease us a tent in December and January,” he explained, citing fears of damage from the elements. “So we're still trying to figure out how to accommodate everybody.”

Construction is also on the horizon at Ellis Park, which is about to undertake a wastewater mitigation project with guidance from the Environmental Protection Agency (EPA) to create horse wash stations on the backside and a retention pond to capture the runoff.

After that, according to Jeff Inman, the general manager at Ellis Entertainment LLC, “the expansion of the turf course will be the first in our line of improvements.”

Lights to race twilight or night programs are also on Ellis's to-do list, as is a new tote board, Inman said.

Inman outlined the timeline for the work like this: “The poles are partially constructed. We don't have lights. Some of the issue with that has to do with the wiring of the poles and the generators. Those generators, due to flood conditions, have to be placed about 15 feet in the air. Because of the EPA work that we have going on in the infield that we're going to have along with the turf course, it makes procedural sense…to start and complete the turf expansion and the horse wash water project for the EPA…before we finalize the wiring for the lights.”

Also during Tuesday's KTDF meeting, Ben Huffman, the director of racing at Churchill Downs, projected that his track's MSW purses for the upcoming November meet would be “probably in the $120,000 range,” which would be the same as at Churchill's just-concluded September meet.

For November, Churchill will still be without a turf course, which has been in the process of replacement since the summer.

“It was a bit challenging filling the cards in September without a turf course, no question about it,” Huffman said. “There are plenty of turf horses on our grounds. But all in all, we did good in September and I think we're going to be okay this November. There will be days when it's going to be a little challenging. But we do want to attempt to fill the normal allotment of total races for the November meet.”

During the Oct. 5 meeting, the committee unanimously approved requests from Turfway and Churchill for KTDF funding, which means a recommendation from the advisory committee to release the purse money will be forwarded to the Kentucky Horse Racing Commission, which votes on the actual disbursement at its next meeting.