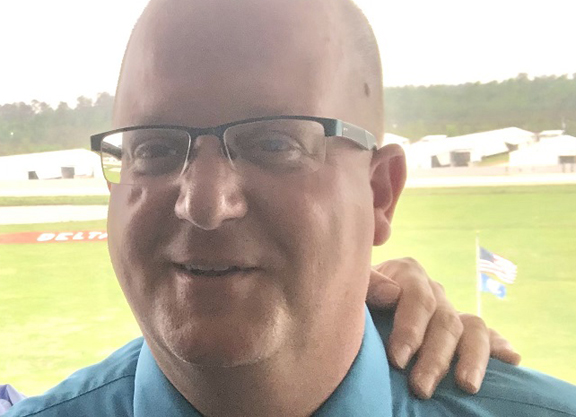 Rob Tuel has been named the full-time track announcer at Evangeline Downs, officials at the track announced Wednesday. Tuel succeeds Michael Chamberlain, who spent six years behind the mic at the Opelousas, Louisiana, track.

Tuel's racecalling career began in 2004 at Eureka Downs in Kansas, describing both Thoroughbred and Quarter Horse action. He has also called races in his home state of Nebraska at FairPlay Park, Lincoln Race Course and Atokad Park.

“I am honored and thrilled to be selected as the new track announcer at Evangeline Downs,” said Tuel. “It has been a lifelong dream to the announcer at such a prestigious racetrack and I cannot wait to begin.”

Tuel will also handicap each live racing program at Evangeline and will be the host of the track's daily simulcast show.

“We are very exciting to have Rob join our racing team here at Evangeline Downs,” said Carol Core, vice president and general manager. “He brings plenty of excitement and enthusiasm to the position of track announcer and I'm sure he will be well received by race fans both locally and across the nation via simulcast.”

Racing at Evangeline is scheduled Wednesday through Thursday from Apr. 28 through Sept. 18. First post each night is 5:30 p.m. Central time.