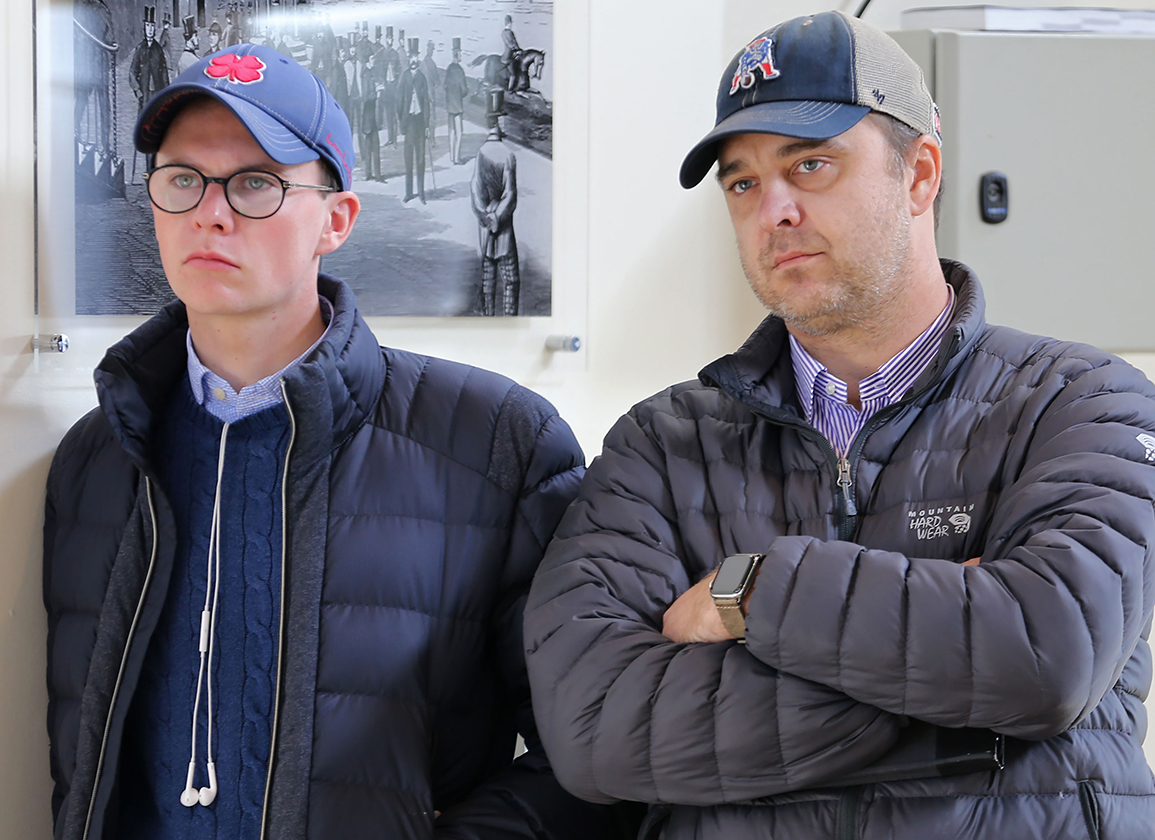 Some enterprises of great pitch and moment take years to come to fruition. Some take just a few weeks.

The latter scenario is true of the new partnership between bloodstock agent Justin Casse and trainer Joseph O'Brien. When Magnolia Racing Syndicate spent €562,000 at the recent Goffs Orby Sale, the group was built on relationships years in the making, but sprouted quickly from an idea into action.

“I started kicking the idea of a transatlantic syndicate around three or four months ago,” said Casse. “The fine-tuning part of who would get behind me and support me in this came to mind in the last 30 days, when I left the Arqana sale in France.”

Magnolia Racing plans to purchase 10 or so yearlings at sales in Europe and America, race them as 2-year-olds in both North America and Europe and then sell them next fall and winter at horses-of-racing-age sales, said Casse. They picked up seven at Goffs, all with purchase prices between €42,000 and €125,000. The horses, all with turf pedigrees, will be trained by O'Brien at his base, Owning Hill in County Kilkenny, Ireland.

In just 30 days, Casse assembled a supportive group of partners. “Almost all of them have had some level of participation in racing, whether it be frequent attendees of the Derby, one-off pinhookers that have partnered with me, and handicappers,” he said. “There is one other industry professional involved.”

At Goffs Orby, they bought seven colts and fillies, just three of them for six figures; a Footstepsinthesand (GB) colt, a Zoffany (Ire) colt, and a Sioux Nation colt.

For Casse, it's a slight change of direction in career, but one that leads him back down familiar paths.

Casse's roots are in Florida, the scion of a family who made its name, in many ways, with 2-year-olds.

“The pinhooking and breeze-up part of me is looking at these horses for their value and what they could sell for if they run well,” Casse said, “as opposed to trying not to get carried away, and pay end-user prices.”

You might say the Casses are an American equivalent to the O'Briens; Justin and his brother, Mark, are the successful sons of a successful father; Joseph and his brother Donnacha, the successful sons of Aidan, perhaps the world's greatest trainer. Both O'Brien sons were champion jockeys in Ireland, and daughters Sarah and Ana have ridden professionally as well, while their mother Annemarie was the first in the family to be champion trainer. Training for just five years now, Joseph has already trained the winners of a British Classic, a Breeders' Cup race, and two Melbourne Cups.

The pair has partnered in the past; Casse purchased Pretty Gorgeous (Fr) for John Oxley for 525,000gns at the 2019 Tattersalls October Yearling Sale. Under Joseph's care, she was a 'TDN Rising Star' and Group 1 winner.

“I've been fortunate enough to have horses now with Joseph since the first year he started and what I've witnessed has far exceeded the expectations that I had,” he said. “I believe that he's a special person going special places and more than anything, I'm just happy to be a part of that.”

The concept of family is clearly a strong one, and one that resonates.

“Working with the family has been rejuvenating, and it has had a profound impact on my personal life as well as my professional life,” he said. “I think that their ability to stay close-knit and support one another and also care for old relationships in such a valuable place like they do has really taught me some life lessons. Aidan and Annemarie's level of horsemanship is equally matched by their ability to get the most out of people with compassion.”

In many ways as well, their lives prove to be a different model from the kind of self-promotional ones we find in America.

“Checking your ego at the door is key,” said Casse. “It was hard for some people to get past the prospect of my only working for family members, so that was always going to be difficult. As much as having the last name Casse could get you very far, it could also have its challenges from time to time.”

But Casse, who spent a semester in London while at Florida State, where he graduated with a B.A. in International Affairs, has always had an affinity for Europe. From his forays, he has brought back to America the likes of Preakness winner War of Will (War Front), who now stands at Claiborne Farm.

“In America, the attrition rate of the horses is tough,” he said. “European racing has been easy for me to get behind because it has a very high percentage of horses who make it to the races, and so we have a fair shot to succeed.”

He's not the only one who has caught onto this, he observed. “Obviously, Goffs had the greatest participation of Americans that it ever had. There's a heightened focus on turf racing in America. There's a great product here (in Europe) that can be developed, but yet, the prospect is to take advantage of American purse money while having the horses begin here. I have American partners in the syndicate who love the idea of running at Saratoga or Kentucky Downs in $150,000 maiden races. Obviously, there's a lot of prestige in Europe as well and it's really a hotbed for selling young horses when they run well first out, and that is a very promising prospect as well. The horses that we have begun to purchase have reasonably tradable prices, and prices where we can profit from earning purse money.”

Casse's father Norm, of course, was a co-founder of the Ocala Breeders' Sale Company, among many other achievements. His farm, Cardinal Hill, was on Magnolia Avenue, and the elder Casse planted 30 of the trees up and down the driveway, giving his son the task of nurturing them. “The majority of our partners are from the South,” said Casse, where the magnolia tree is a symbol of the region.

Next up, Magnolia turns its eye toward Tattersalls and Fasig-Tipton October, where the 2022 purses at Kentucky Downs will make Kentucky-breds all the more appealing. While they'll get their start in Ireland with O'Brien, the forward types that they're buying could potentially race anywhere, and certainly in America.

Casse said that O'Brien would handle the Arqana October sale, while he'll head to Fasig. In Europe for two weeks now, he's been away from his 11-year-old son long enough.

“As much as the sales are important,” he said “we try to keep the sense of family more important.”

If there is one thing that Casse and the O'Briens have learned in their time in racing, it's that family trumps all.