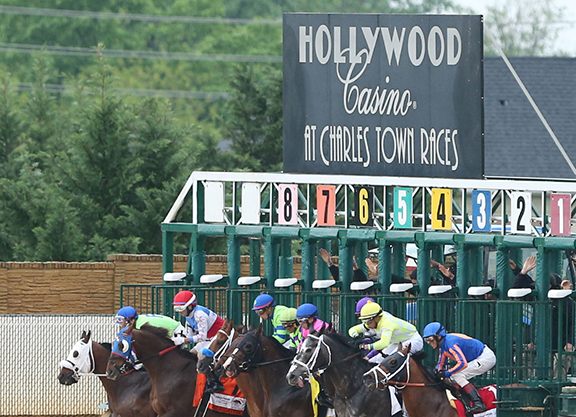 A West Virginia-based trainer with a 1-for-43 lifetime record is suing PNGI Charles Town Gaming, LLC, for at least $110,000 in losses, claiming track management concocted “bogus” and “outrageous” allegations against him and engaged in “unlawful” business interference and “intentional infliction of emotional distress” when it ejected him in 2015 over unorthodox and allegedly unsafe horsemanship practices.

A lawsuit filed by Harold Dodson demanding a jury trial was initially filed in Jefferson Circuit Court, but was removed to United States District Court for the Northern District of West Virginia at the request of the defendant on Apr. 27. PNGI also filed a motion last week in federal court to dismiss the suit based on “failure to state a claim upon which relief can be granted.”

According to the civil complaint, on Dec. 7, 2015, Dodson received a letter from PNGI revoking his assigned stalls and prohibiting him from exercising or ponying horses at Charles Town Races. When Dodson protested to the track's stewards, the stewards advised management that they could not restrict the plaintiff's privileges under his valid exercise rider/pony rider permits.

Two days later, Dodson received a second PNGI letter that stated “you are hereby notified that you have been ejected for an indefinite period for conduct detrimental to the best interest of racing.” Dodson, at that time, had no rulings listed against him in the Thoroughbred Regulatory Rulings Database

Dodson subsequently appealed the ejection to the West Virginia Racing Commission (WVRC), which ordered track management to provide written reasons outlining “the specific conduct giving rise to the ejection,” as is required by state law.

Although PNGI did not provide the written reasons, the complaint alleges, track management “ultimately defended its position by making allegations regarding (1) bedding in stalls; (2) training methods utilized by Dodson such as walking a horse backwards; (3) attempting to exercise a sore horse; (4) entering a nine-year old horse that had not raced before and that was put down in its third race; (5) having an outrider injured when his horse [fled]; and (6) generally entering poor performing horses in races at PNGI.”

On Apr. 19, 2016, the WVRC ruled that PNGI violated the statutory written notice requirements for ejection and upheld Dodson's appeal, noting that:

“Ultimately, Dodson did not violate any rules of racing…. PNGI represents that it ejected Dodson in order to protect the safety of the horses and people working in the industry…. At the same time, [testimony] demonstrated that Dodson has been compliant throughout the process…. He has never been disciplined by the stewards or ejected by the track other than in this instance…. Although Dodson utilized training methods that raised safety concerns, the issues were addressed and rectified.”

Despite the WVRC ruling in his favor, Dodson, according to the complaint, was “forced to engage in a fire-sale/giveaway of horses he had on PNGI's premises. It further caused him to lose future opportunities for business development/horse acquisitions that had been promised to him [by an owner]. Plaintiff further suffered severe emotional distress as a result of PNGI's attempt to take his livelihood from him.”

Dodson is seeking $100,000 in damages to compensate for the sudden liquidation of his assets (the horses), plus $10,000 in lost wages and an unspecified amount in punitive damages.