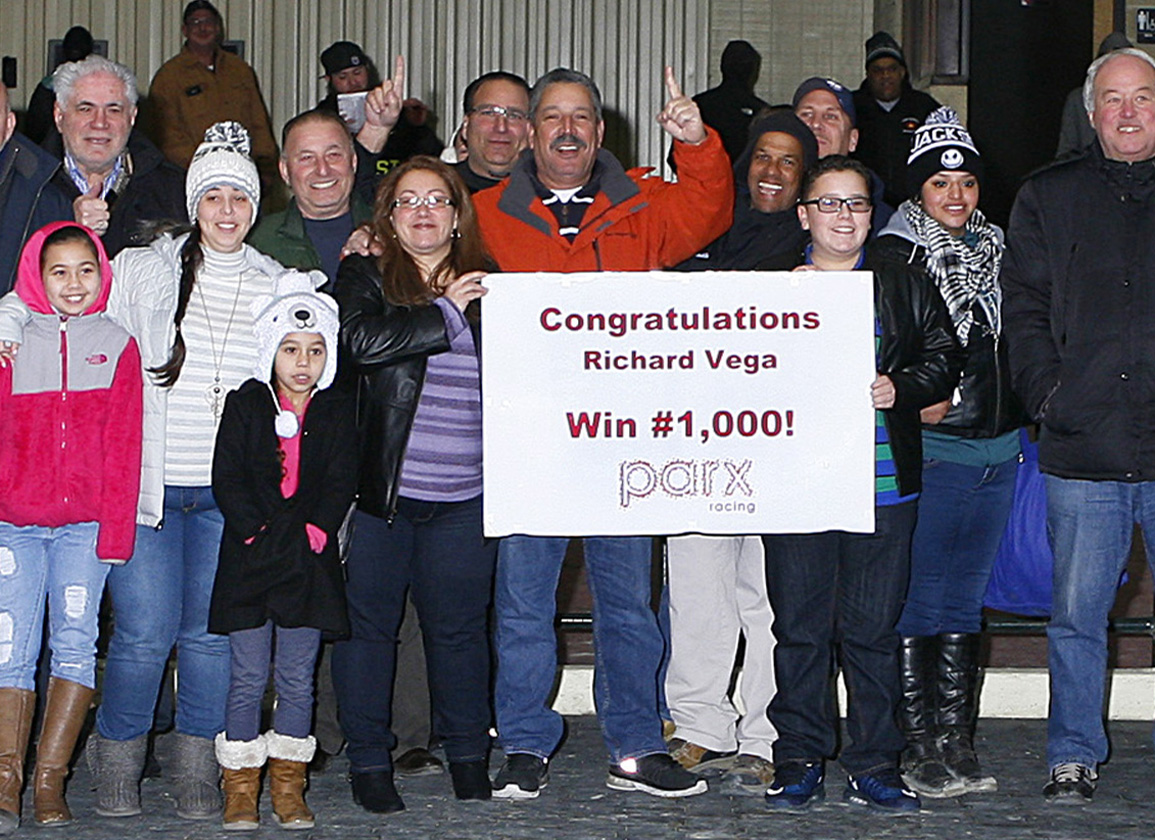 Trainer Richard Vega has been hit with a two-year suspension by the Pennsylvania Racing Commission after a May 25 backstretch raid at Parx allegedly turned up a number of needles and syringes in his tack room.

Paulick Report was the first to report on Vega's suspension, which was handed down June 29 and does not expire until June 28, 2023.

According to a ruling posted on the Pennsylvania Horse Racing Commission's website, during the search of Vega's tack room investigators found 21 loaded syringes, 18 needles, one intravenous filled bag and one intravenous catheter. The ruling did not specify what, if anything, was found in the syringes and the racing commission's Director of Thoroughbred Horse Racing Tom Chuckas did not return a phone call seeking comment. As in most states, in Pennsylvania, only licensed veterinarians may be in possession of needles and syringes, no matter what drugs or medications might be found in them.

Vega's attorney Alan Pincus told the TDN Tuesday that he had filed an appeal in Pennsylvania Commonwealth Court seeking a stay of the suspension. If the stay is granted, Vega could be allowed to continue training.

The search of Vega's tack room was part of a wide-ranging investigation in which cars coming in and out of the stable area were checked, 66 out-of-competition tests were performed and six barns and six tack rooms were searched. To date, Vega is the only Parx-based trainer to have been suspended.

Vega was summarily suspended following the raid and has not started a horse since May 19.

So far as the severity of the infraction goes, Chuckas has sent a mixed message. Shortly after the raid and during a meeting of the commission, Chuckas said that a “significant amount of contraband” had been found and said what was found were “items that have no business on the backside.” But, a month later, Chuckas, during another commission meeting, said that raids at both Parx and Penn National found “nothing of substance.”

“[Vega's] due process was horribly violated,” Pincus said. “And Mr. Chuckas made comments saying there was nothing of any substance found. As soon as the judge makes a ruling I will have plenty more to say.”

Vega has been enshrined in the Parx Hall of Fame and has won 1,115 races during a career that began in 1992. His starters have earned $19,519,981. He emigrated from Cuba in 1980 and began his career on the track as a groom in Florida. His clients have included Sal DeBunda, who is the president and general counsel of the Pennsylvania Thoroughbred Horsemen's Association (PTHA) and is a member of the state racing commission.