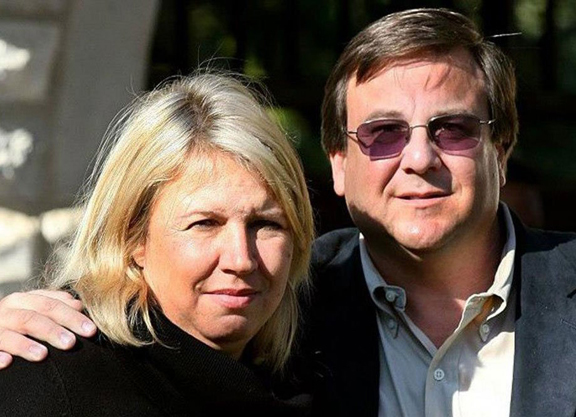 On paper, it’s easy to dismiss Silver Maple (Creative Cause) in Friday’s fourth race at Keeneland. The 2-year-old cost just $5,000 at the sales and shows a string of slow workouts at Belterra Park and Mountaineer Park. But trainer Eric Reed says the filly can absolutely win the race, and right now Reed’s opinion is not to be dismissed.

Reed may not be as well known as some of the trainers he will face in the 5 1/2-furlong maiden, but no trainer is hotter. Silver Maple will be his first starter since he made history Wednesday night at Mountaineer Park. He not only won the first four races on the card, but all four of his horses appeared to have won by 10 lengths or more. While calling the fourth race, won by Irish Proud (Proud Citizen), track announcer Peter Berry said it was the first time in the track’s history that any trainer had won four races in a row.

“When you go in, you hope to win them all,” Reed said. “But I never dreamt that something like that could happen. I was especially worried about the fourth one. It was a three-horse field and the fourth one was 1-5. Usually, that’s the one that gets you beat.”

Reed’s  run Wednesday at Mountaineer is better than it looks in the charts. It began with Nomiraclesneeded (Union Rags) in the first, a maiden special weight. The filly won by 17 3/4 lengths. Mountain Melodies (Shackleford) won the second and the official chart lists her as winning by 1 3/4 lengths. Reviewing the race, that margin is clearly inaccurate as she was drawing off in the stretch and appeared to win by at least 10 lengths.

Marcie’s Candy (Sidney’s Candy) won the third, making it look easy with a 15-length win. Irish Proud won by 10 1/2 lengths. Jockey Keivan Serrano was aboard all four winners. Before he became a jockey, Serrano exercised horses in the morning at Belmont and then went to work at the Wendy’s across the street from the track.

“I won five races at Ellis Park once years ago, but never five in a row,” Reed said. “I’ve won three in a day here and there, but never thought I’d win the first four races anywhere, especially the way those horses ran.”

If Reed was the recipient of some good luck, he certainly deserved it. He’s not that far removed from a tragic fire in 2016 at his Mercury Equine Training Center in Lexington. The fire, believed to be started by lightning, killed 23 horses. Not only was it devastating emotionally, but Reed didn’t know how he was going to rebuild his business.

“It was by God’s grace that we survived that because I truly didn’t think we would,” he said.

Along with training his own string, Reed works with other trainers getting their babies ready for 2-year-old races. He said that after the fire many in the industry came forward to support him. He is especially grateful to Ken Ramsey, who, after the fire, gave him a number of 2-year-olds to prepare for their upcoming campaigns.

The National HBPA Foundation also stepped forward, setting up a fund for Reed and his wife, Kay. He said he received donations of hay and blankets from people he did not even know.

With income coming in, Reed was able to build a new barn and didn’t stay down long. Within a year he was he was back to training 75 horses. He made 219 starts in 2017 and won 37 races.

Although Reed is based in Kentucky and is running a horse Friday at Keeneland, you’re more likely to find him at lesser tracks, primarily Mountaineer, Mahoning Valley and Belterra. He knows what kind of horses he has and where they belong. Better to be 2-5 at Mountaineer than 25-1 at Keeneland and Churchill.

“It’s the type of horses we have,” he said. “The better horses go to the better tracks. A lot of my owners don’t want their horses to get claimed, so instead of running for $15,000 or $20,000 at Churchill, they will run in allowance races at Mountaineer and Belterra and run through their allowance conditions. We race wherever we think we can win.”

That he is running Silver Maple at Keeneland and not somewhere where the competition is easier is a sure sign that Reed believes the filly has some talent. She is owned by Kay Reed.

“It’s very possible that she will win,” he said. “She’s a pretty nice filly and is training really well going into this race.”

He has the filly Deep Space (Curlin) entered in a maiden race Friday at Belterra, but she will have to draw in off the also-eligible list. He will try to keep his streak at Mountaineer alive Sunday with Bungalow Flash (Flashback), who is the 2-1 morning-line favorite in a maiden special weight race.

When given a talented horse, Reed has known what to do with it. He won the GII Lexus Raven Run S. in 2009 at Keeneland in 2009 with Satan’s Quick Chick (Sky Mesa). In 2010, he finished second behind Zenyatta (Street Cry {Ire}) with Rinterval (Ire) (Desert Prince {Ire}) in the GI Clement Hirsch S., losing by just a neck.

Reed lists those accomplishments as two of the most memorable of his career, but he puts the four-win night at Mountaineer right up there with them. He is so proud of the accomplishment that he has asked the track photographer to put together a special collage of the four races and will hang it in his office.

“We’ve won some big races over the years, but I really think it’s a big deal to win all those races in a row and by so many lengths,” he said. “It was special.”