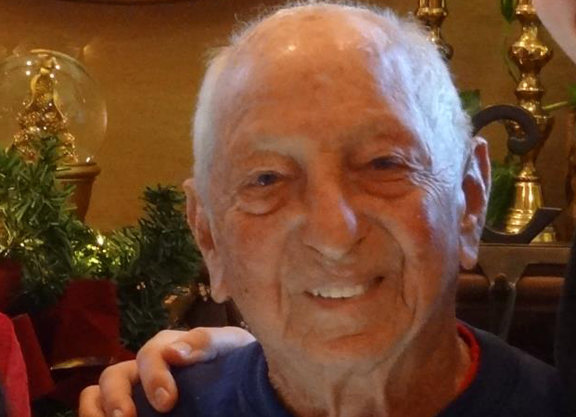 Dan Perlsweig, the trainer of 1981 GI Florida Derby winner and 1980 2-year-old champion Lord Avie, passed away Tuesday due to complications related to old age. He was 91.

Perlsweig, who was based in New Jersey and Florida, was also known for his dedication to backstretch workers. In 1999, he won the Dogwood Dominion Award, which was presented to an unsung hero in racing. At Monmouth and Gulfstream, he created backstretch appreciation days, which were picnics for the grooms, hot walkers and their families.

According to Perlsweig’s daughter Judy, her father always had a love affair with horses and began with them cleaning stalls for the Philadelphia police’s mounted patrols. He then began fox hunting. After returning from the Navy he began working as an exercise rider before becoming a jockey. He was involved in a serious spill in the forties at Havre de Grace, which led him to becoming a trainer. He was a fixture at the Mid-Atlantic and Florida tracks from the forties until his retirement in 1999.

Lord Avie was his best horse. He won three Grade I races and loomed the possible favorite for the GI Kentucky Derby after winning the Florida Derby, but a minor injury kept him out of the race. He returned to finish second in the GI Haskell Invitational and third in the GI Travers S. He suffered another injury in the Travers and was retired to stud at Spendthrift Farm.

“He was one of the nicest horses I’ve ever, ever been around, and he loved people,” Perlsweig told the Daily Racing Form in 2012. “Once in a while, he’d have some play in him and you’d have to be tied on. But most of the time he galloped like a pony. The old groom who rubbed him was named Charlie Butler. Lord Avie would lay down and take a nap, and Charlie would go in there and lay on his belly.”

After his wife passed away in 2002, Perlsweig decided to take a cruise and found a second career.

“He had always been a dancer,” Judy Perlsweig said. “Any opportunity to dance, he would. When he went on the cruise, he caught on to fact there were men there dressed in tuxedos dancing with women. He found out they had a position called dance host. They weren’t paid, but got free room and board on the ships. All his dance steps were spot on except for his waltz. That needed to be refined. My kids called him ‘Pop Pop the Gigolo.'”

Perlsweig is survived by Judy, his son Mark, a former trainer, and three grandchildren. Funeral arrangements are pending.