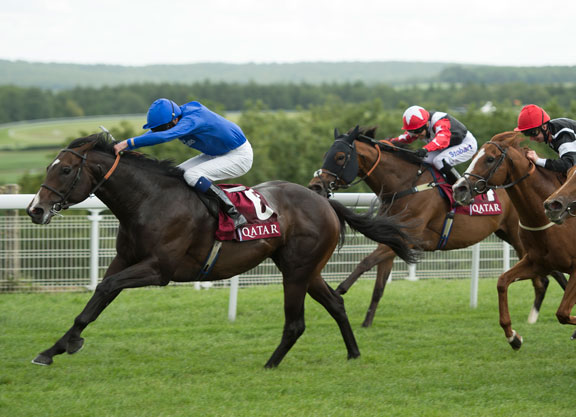 Toormore (Ire), the champion 2-year-old colt of 2013 and six-time Group winner, will not be standing for Darley this season following insufficient demand for his services. The 6-year-old son of Arakan was retired from racing at the end of last year to take up duties at Dalham Hall Stud as part of the Darley Club.

“We haven't had enough mares booked to Toormore to justify standing him so we have informed breeders that we have taken him off the roster,” confirmed Darley's Director of Stallions Sam Bullard.

Trained by Richard Hannon, initially for the Middleham Park Racing syndicate, Toormore was unbeaten in his three starts as a juvenile, culminating in his victory in the G1 Goffs Vincent O'Brien National S. at the Curragh. Returning at three to win the G3 Craven S., Toormore was later sold privately to Godolphin, for whom he won the G2 Qatar Lennox S., G2 International Topkapi Trophy in Turkey and last year's G2 bet365 Mile.

Bred by Jimmy Murphy of Redpender Stud under the banner of BEC Bloodstock, Toormore is a son of Danetime Out (Ire) (Danetime {Ire}) and is a half-brother to the dual Group 2 winner Estidhkaar (Ire) (Dark Angel {Ire}), who was also retired to stud for the 2017 season and stands in Ireland at Tara Stud.