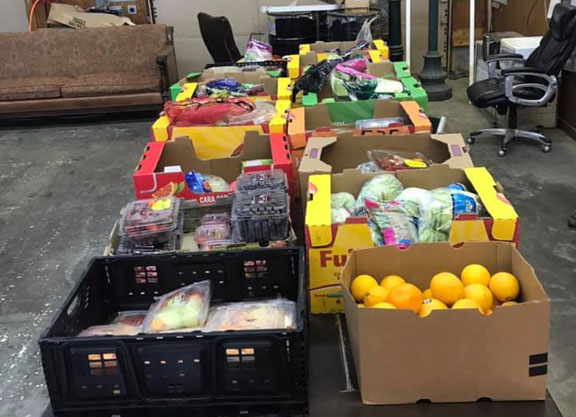 In every crisis, it's possible to find examples of kindness and generosity, of people reaching out to help total strangers out of the goodness of their heart. To focus attention on the many people in the industry who have stepped forward to help those who have been impacted by the coronavirus, the TDN has launched a series that we hope will put a smile on your face during these difficult times. We'll do our best to bring you a little bit of good news every day.

So far, life is reasonably normal for the workers who keep the Lexington area farms going. The horses still have to be taken care of, so there have been no mass layoffs. Nor have there been any reports of farm personnel coming down with the coronavirus. But Julie Berry fears the worst is yet to come, and if it does she will be there.

Berry is the executive director of Blue Grass Farms Charities (BGFC), which was established in 2003 to help farm workers and racetrack backstretch workers in Central Kentucky who have fallen on hard times or need assistance. Up until about three weeks ago, providing food for the workers was just a small part of what the charity did. Berry knows that is about to change.

“It's starting to become about the need for food,” Berry said. “For us, the food pantries have always been a small essential service and it's about to become our biggest. We are starting to hear stories about pantries throughout the region starting to be overwhelmed. We know this is the calm before the storm.”

Berry said that the charity's food pantry has already been busier than normal. She believes that is because there are farm workers who have spouses that work in the service industry and may have been laid off from jobs at hotels or restaurants. BGFC can handle the numbers they are now seeing at the food pantries. What Berry is hoping for is that they can use this time to better position themselves for what is sure to come.

“This virus will hit farm workers,” she said. “It's hitting everybody, there's no discrimination when it comes to that. We'll have to see what happens. We're setting ourselves up to be of assistance and to do everything we can.”

BGFC has just two employees, so Berry has had to be resourceful and rely on her network of volunteers. One asset they have is a partnership with the charity God's Pantry, which helps BGFC out with donations of fresh produce and breads. But catering to farm workers presents unique challenges. Many are Hispanic and rice is a large part of their diet. Trying to find rice for the pantry has been a challenge.

“Sam's Club was out of rice and so was Costco,” she said. “I gave it some thought and realized that rice is also something that the Indian population uses quite a bit of. I found an Indian grocery store here in Lexington and they let me buy 60 pounds of rice.”

BGFC has limited resources. They do have a group of volunteers that have already come forward. But there is a definite need for contributions. One has already come in from the KTA/KTOB and another from the University of Kentucky Federal Credit Union. Berry said she's not actively soliciting the area farms for money.

“Right now, these farms should be worried about how they are going to take care of their own workers at this point,” she said. “But they should know that if there is a need for assistance, that's what this charity is here for.”

Berry said she has gotten mixed messages from the workers. Some are worried. Some are not. She said one of the biggest concerns she hears is from seasonal workers who are in the country on H-2B visas.

“These people have no idea how they are going to get home,” she said.

Blue Grass Farms Charities is doing important work.  Along with its food pantry, it will continue to help workers who have medical needs, are having housing problems or have fallen behind on their bills. But they can't do it without the generosity of those in the horse racing business. To make a donation go to www.bgfcky.org, hit the “Donate” button, and you will be directed to Blue Grass Community Foundation link. BGFC is also taking in food donations. Anyone looking to do so can drop the food off at its offices at 2339 Sandersville Road, Lexington. To reach Berry, call  859-219-0910.

Do you know of an individual or an organization that is helping others in racing during this time of need? If so, please let us know. Bill Finley can be reached at [email protected].