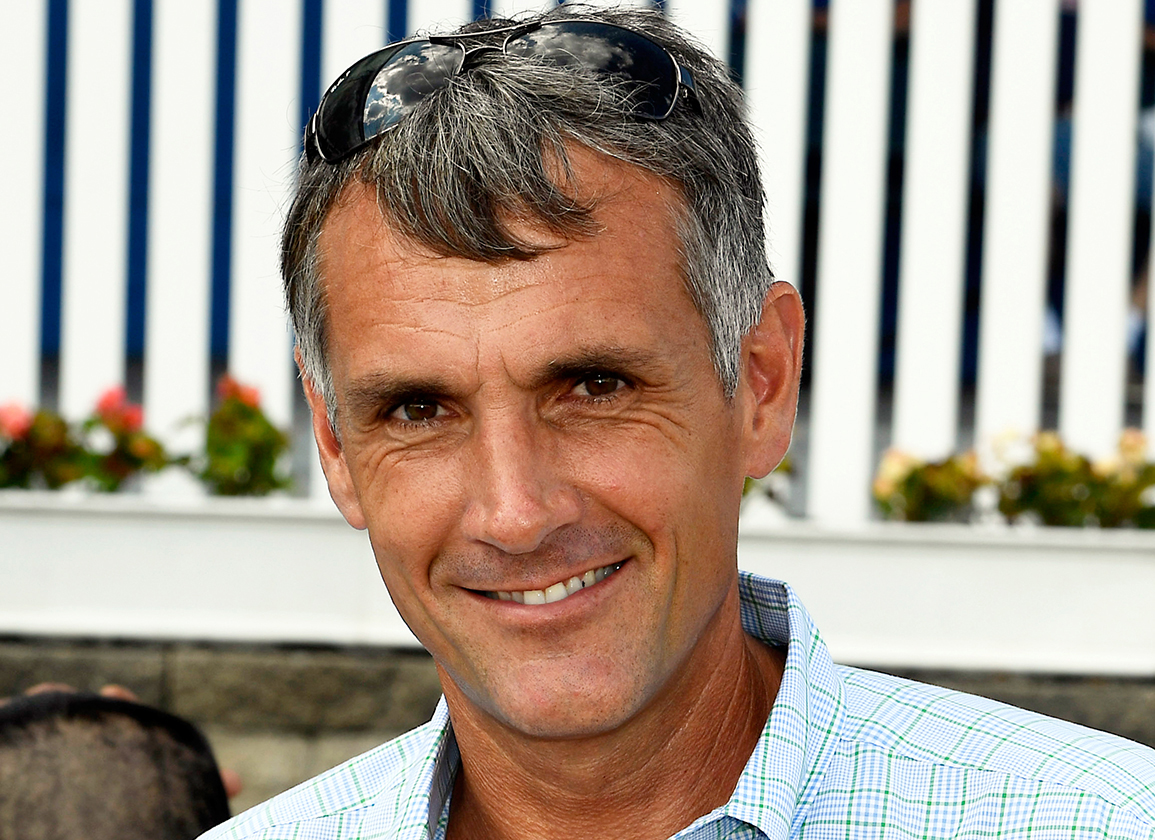 When Tim Keefe saw a familiar name in the entries at Timonium last Monday, the trainer decided it was time to pay it forward with a horse who had been very good to him half a decade ago. Keefe claimed Monkey's Medal (Medallist) for $5,000 even as the 10-year-old gelding was winning for the 13th time in his 103rd career start on the holiday card at the Maryland State Fairgrounds.

“We all have different ideas on training horses and when a horse has reached its limit and has nothing left to do,” Keefe said of his decision to claim the veteran runner. “I saw he was a 10-year-old and had made 103 starts and I decided, 'Let's give this horse a different career.' I am huge into finding second careers for my horses once they've finished their usefulness here at the racetrack. They all have a second life somewhere. This horse was good to me and he was good to his breeder, Tom Teal, so I made the decision I was going to claim him.”

Monkey's Medal has been running like clockwork since 2014, but Keefe said the gelding is in fine shape.

“The horse looked well when I picked him up,” Keefe said. “His legs looked good. He was relatively sound and looks good. He was not some horse in terrible shape, but he's a 10-year-old with nothing left to prove. He was always a special horse and it just seemed like the time was right for him.”

Monkey's Medal has plenty of people to look out for his future.

“I'm not sure yet what we'll do with him,” Keefe said. “I'm going to let him down a little bit and see. I have some commitments from two different owners who have absolutely zero connection with the horse who will help me place him–Cynthia McGinnis and Kimberly Campbell–and his breeder Tom Teal. His old exercise rider Peter Brown-Whale used to be the only one who would ride Monkey and he was always one of Pete's favorite horses. Pete is still galloping for me and he was thrilled when I got him back. He's expressed an interest in him if he can figure out a way how to manage having a horse on the farm. And if not, I'll talk to Laurie Calhoun out at the Foxie G Foundation and see if she can help me place him.”

Keefe concluded, “I think we owe it to our horses to do the right thing by them and I wanted to make sure he would have a shot at a second career doing something off the racetrack.”