Tiger Tanaka The Headline Act As The Turf Ramps Up 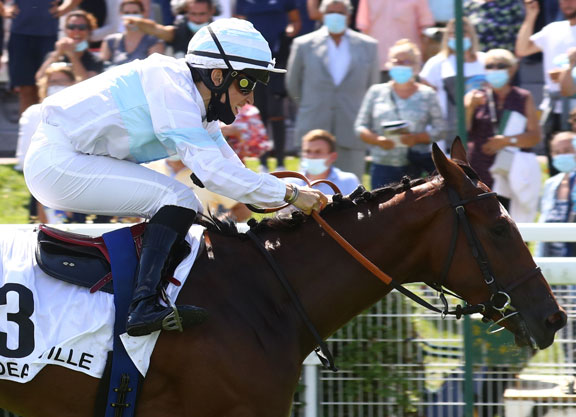 One day after the official beginning of Spring time, turf racing is the focus in France and Ireland on Sunday with The Curragh's season-opening card complemented by some intriguing races at Saint-Cloud. While the Kildare venue offers no black-type contests, it hosts some intriguing 2-year-old and 3-year-old maidens which could offer early glimpses of the 2021 Classic class. At Saint-Cloud, there are three listed races for the Classic generation with the Prix La Camargo acting as the comeback launch of Tiger Tanaka (Ire) (Clodovil {Ire}). Miguel Castro Megias's G1 Prix Marcel Boussac and G3 Prix Francois Boutin heroine resumes her partnership with Jessica Marcialis as trainer Charley Rossi seeks to get her season underway at the earliest opportunity. Last seen finishing fourth in the 10-furlong G1 Criterium de Saint-Cloud on heavy ground, she will find this mile trip more in her comfort zone. At the other end of the experience spectrum is the Wertheimers' Nohand (GB) (Dansili {GB}), an Andre Fabre-trained half-sister to the G1 Prix Vermeille winner Left Hand (GB) (Dubawi {Ire}) who scored on her sole start on Chantilly's Polytrack on Mar. 2.

In the feature G3 Prix Exbury, Jean-Claude Seroul's pride and joy Skalleti (Fr) (Kendargent {Fr}) is back having taken his profile up another notch last term with wins in the G3 Prix Gontaut-Biron and G2 Prix Dollar and a second in the G1 Champion S. Seventh in the Dec. 13 G1 Hong Kong Cup, the homebred has to give upwards of four pounds to his rivals and five to the G3 Prix de Flore winner Grand Glory (GB) (Olympic Glory {Ire}). Derby aspirants get a chance to shine in the 10 1/2-furlong Listed Prix Francois Mathet, with Juddmonte's Andre Fabre-trained grandson of Hasili (Ire) (Kahyasi {Ire}), Media Stream (GB) (Frankel {GB}), bidding to build on his debut success over a mile on Chantilly's Polytrack in November.