Thursday's Insights: Unbeaten Nicky the Vest Returns at the Big A 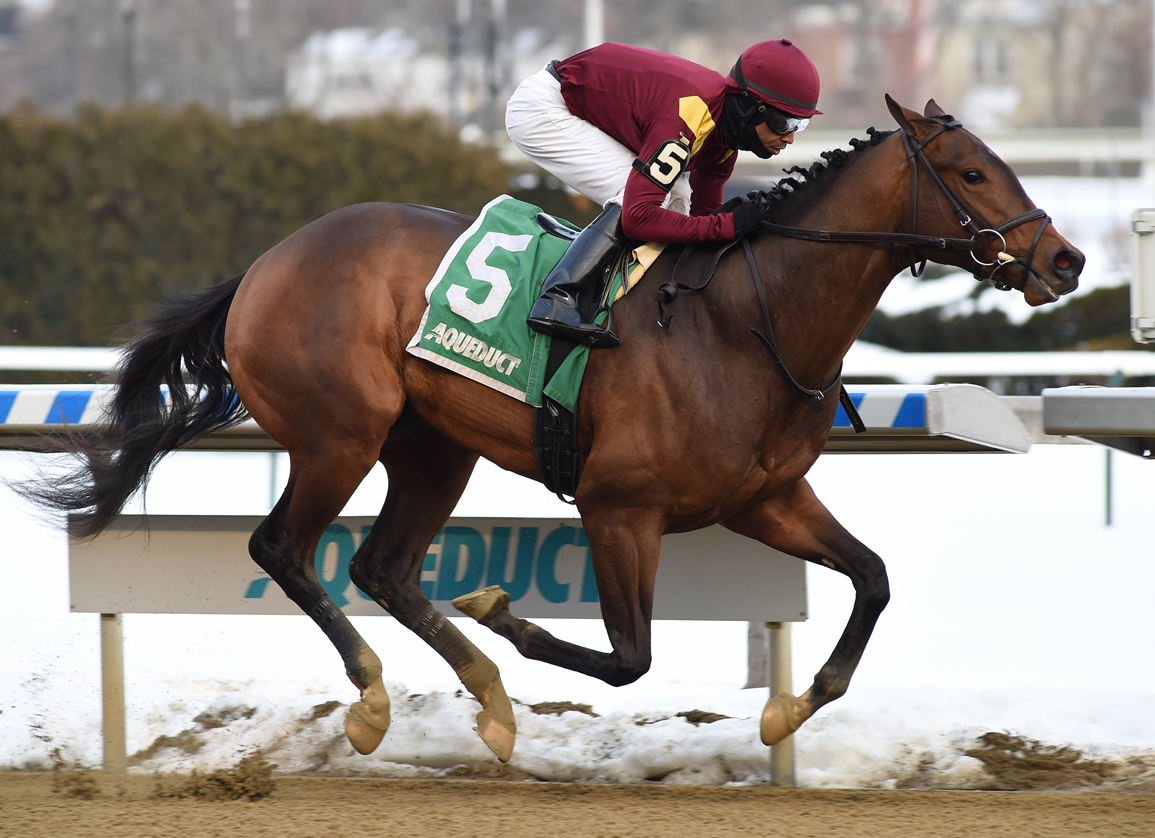 NICKY THE VEST (Runhappy), sidelined since running his record to a perfect two-for-two with a runaway score versus state-breds in the Gander S. Feb. 14, returns to action at the Big A Thursday. The New York-bred, forced to miss the GII Wood Memorial S. due to a knee chip, faces seven rivals in a state-bred optional claimer with first-time Lasix in his comebacker. Both of his previous wins came over this same track and trip.

“He had trained like a very good horse and he backed it up in his races. We were fortunate to win with him in his only two starts,” trainer Jonathan Thomas said. “The timing of the injury was unfortunate, but he's well-represented with his owners Mr. LaPenta and Mr. Kumin, who wanted to do right by the horse.”