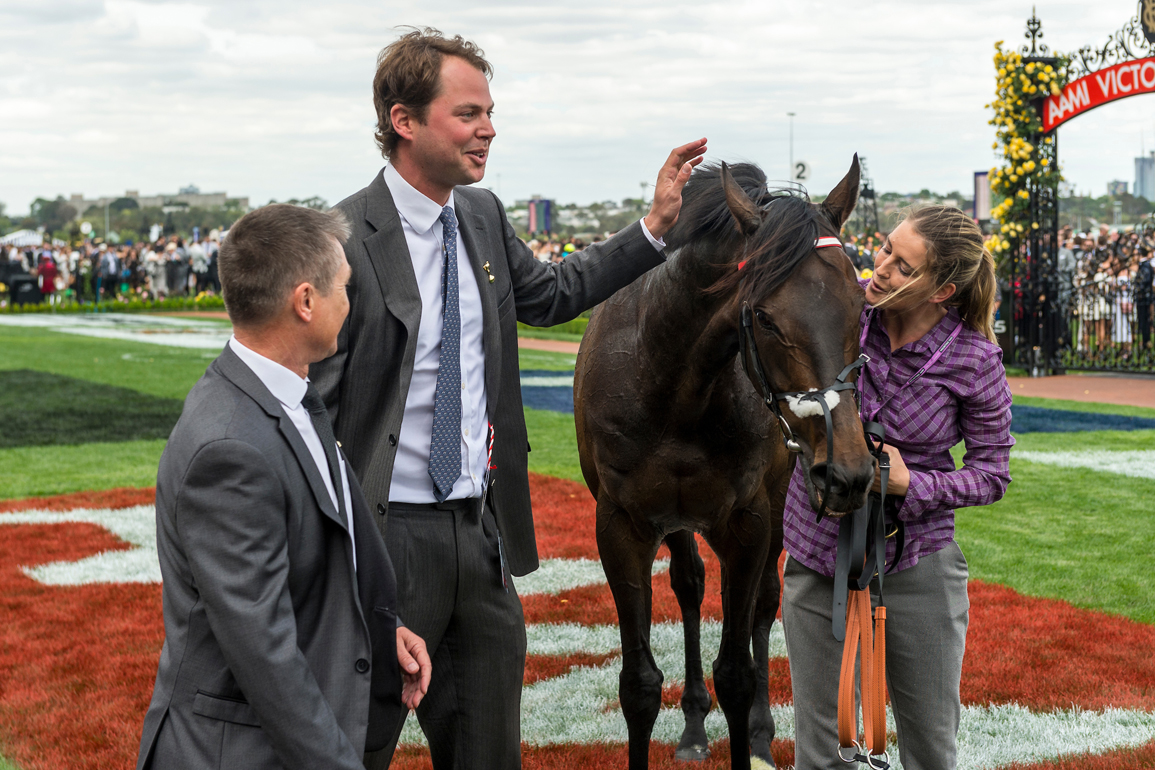 Prince of Arran after winning the G3 Lexus S. at Flemington in 2018 | Bronwen Healy

After winning his first domestic group contest with Eve Lodge (GB) (Ardad {Ire}) in the G3 Sirenia S., trainer Charlie Fellowes has called time on his likable globetrotter Prince of Arran (GB) (Shirocco {Ger}), who finished last of five in the G3 September S. at Kempton on Saturday. The Saeed bel Obaida silksbearer is best known for placing in three editions of the G1 Melbourne Cup–second in 2019 and third in both 2018 and 2020.

“It is with a heavy heart that we have decided to retire Prince of Arran,” Fellowes tweeted of the Rabbah Bloodstock-bred. “He has taken me places I could never have dreamed of and I am delighted he was here to witness my first domestic group winner. Happy retirement old boy.”

The trainer added, “An amazing day. It was quite apt Prince Of Arran was here on a day I got my first domestic group winner. It's been a long time coming and we've gone so close on so many occasions, including with Prince Of Arran, and for it to happen with him here was fantastic. A special day. One I will never forget.”

Originally, Prince of Arran's last race was to have been the 2021 Melbourne Cup on Nov. 2. However, the 8-year-old gelding was barred from competing in a fourth edition by the Australian authorities. Besides the September S., Prince of Arran's other 2021 starts was a fifth-place in the G3 Sagaro S. at Ascot in April. A two-time Group 3 winner in Australia, his record stands at 49-6-8-10 with $2,599,090 in earnings. He placed at the group level in England in the 2017 and 2020 Sagaro S. and the 2019/20 G3 September S. Prince of Arran also ran third in the GII Belmont Gold Cup Invitational S. in 2018.

Fellowes continued, “The plan had been to run him in the Melbourne Cup and retire him after that. This was going to be his last year racing whatever. The run today was very good for him. It's as good as he's run in this race.

“He ran well up to form and it was lovely to see him much better than he was at Ascot in the spring. If we'd been allowed to go to Australia we'd have gone, but now that's off the cards there's not much else here for him now.

“We retire a sound and happy horse and he'll have a fantastic retirement wherever that may be. For someone at this stage of my career with a horse like him, some of the days I've had have been so special.

“He's won over £2m in prize-money, we've travelled all around the world with him and he's been an utter superstar. I can't thank his owners enough or the many people in our yard who have had such an impact on his career.”