Home » Archive » Shared News » This Side Up: Fostering a Sense of Legacy

This Side Up: Fostering a Sense of Legacy 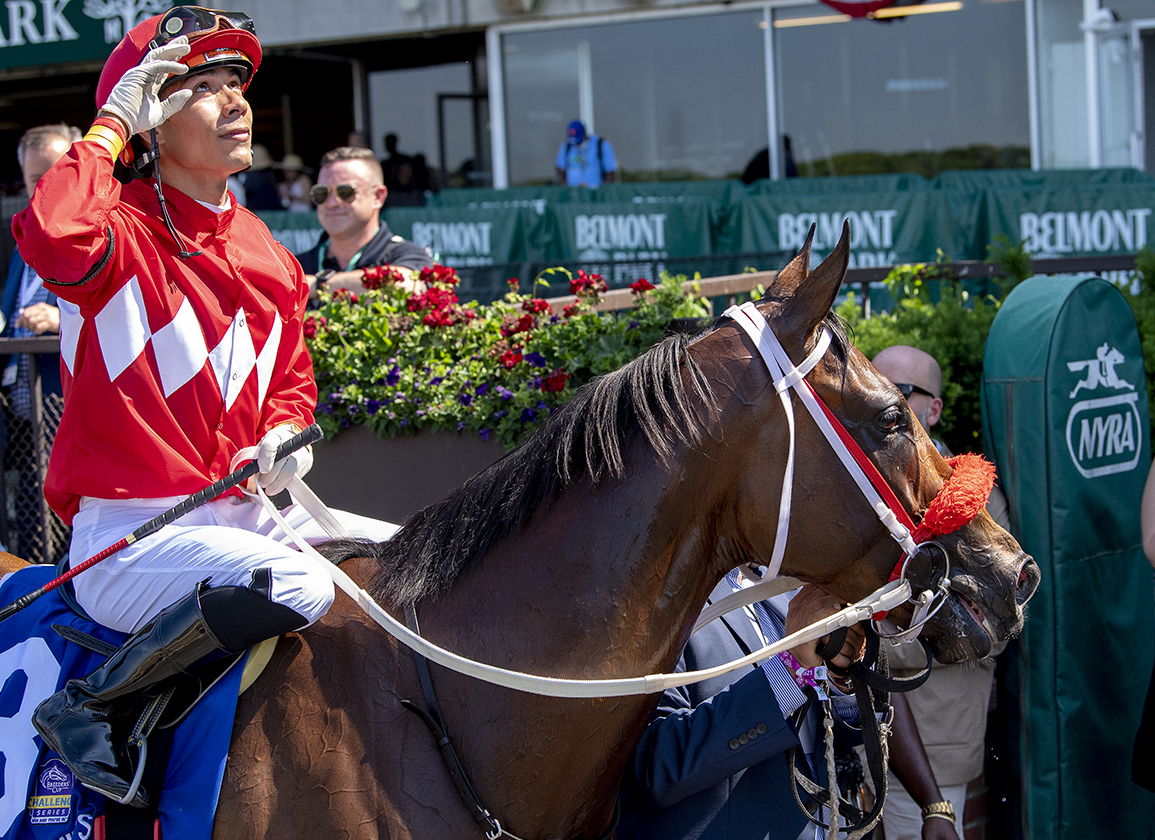 Ours is the most nostalgic of sports, sustained by trusted cycles. And if the calendar pauses somewhat, between the end of the Triple Crown and the renewal of beloved summer rituals at Saratoga and Del Mar, that won't preclude an evocative resonance in some of the things we can enjoy Saturday.

True, the idea that Letruska (Super Saver) is any kind of throwback, just because she is managing a second start in three weeks, is a measure of how effete the modern Thoroughbred has become. I've drawn attention previously to Jim Bolger's campaigning of Poetic Flare (Ire) (Dawn Approach {Ire}), who last month contested three Classics in 22 days, so hopefully everybody registered his career-best display at Royal Ascot the other day. Note, too, that this colt is by a stallion discarded by the commercial market, now standing privately on Bolger's own farm.

Be that as it may, the ferrous qualities perceived in the Mexican mare will be doing no harm to a picaresque narrative that has already exalted her from El Hipodromo de las Americas to early mutterings about Horse of the Year. But if Letruska is perhaps not quite as old-fashioned as would appear, then the same could be said of another highlight of closing day at Churchill.

The GII Stephen Foster S. is a race that somehow feels more venerable than its history warrants. It was only inaugurated in 1982, and a couple of years ago lapsed from the Grade I status secured by some who contributed to its precocious stature. In 1998, for instance, Awesome Again and Silver Charm rehearsed to within half a step their GI Breeders' Cup Classic exacta that November. The following year, Victory Gallop stopped the clock at 1:47.28–a mark that still looms over Maxfield (Street Sense) and friends today. Saint Liam, Curlin and Gun Runner are among the other names decorating the roll of honor. But what really gives the Stephen Foster that sepia tint is, well, Stephen Foster.

I find it very gratifying that our community honors a man who notoriously died at 37, with 38 cents in his wallet, adrift in the flophouses of the New York theatre district. Though he celebrated our sport directly in Camptown Races, we view his principal bequest as My Old Kentucky Home. 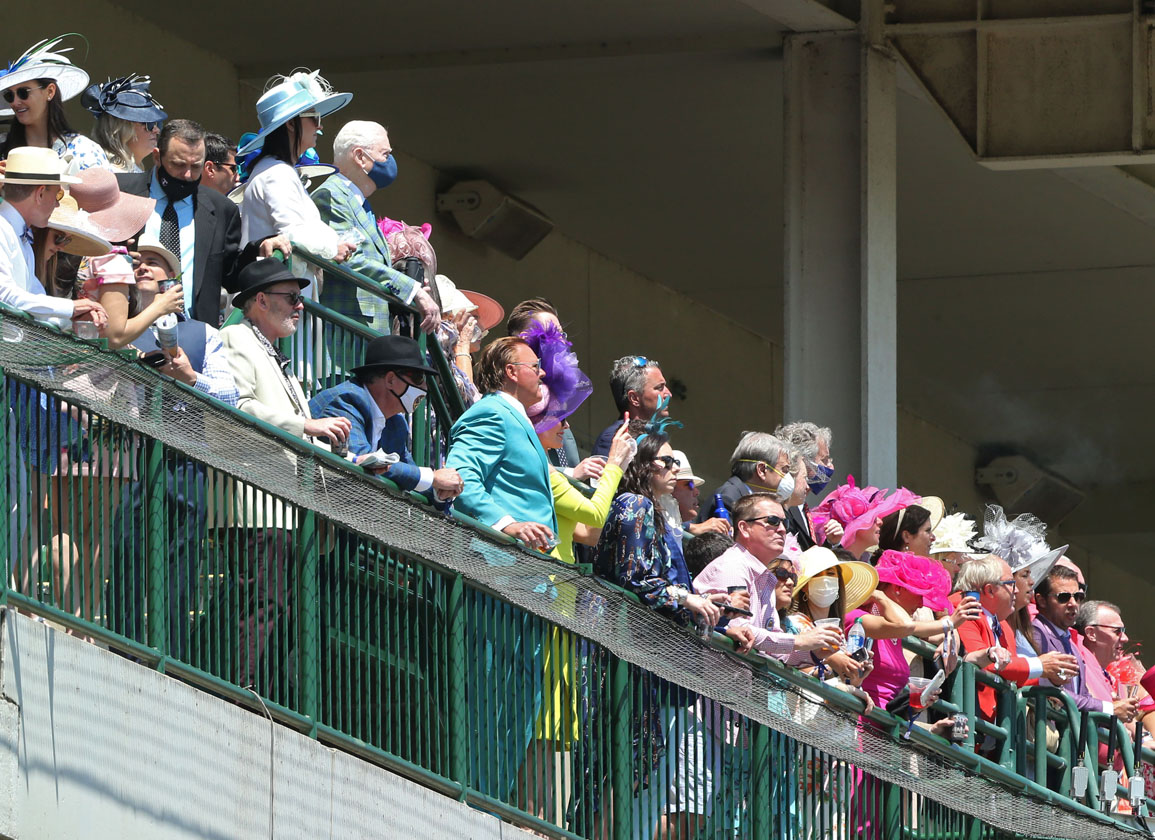 Recently, of course, the undertones of our Derby Day anthem have been subjected to fresh examination. That's an exercise pretty typical of our times and, for some, duly began with an aggressive presumption that the song sought to place a romantic gloss on the era of slavery. But while the same misapprehension has doubtless been shared by many under the Twin Spires over the past century, Foster's original lyrics and intentions have instead been newly saluted for a compassion, uncommon at the time, for the sufferings of those “sold down the river”.

In many respects of his shadowed life, no doubt, Foster failed to transcend the norms of the epoch in which his genius was forged. But it feels right that we can still honor the human spirit that still flickers, all these years later, in a soul darkened by drink and despair. For once, perhaps, this controversial process has actually served its purpose: not “cancellation”, but a better understanding of the pathos and dignity that unites Foster's own story with that of his cherished lament.

Food for thought, here, for any horseman who proudly anticipates the respect of posterity. For how will history judge those who are pushing the slack boundaries of their calling today? No less than when we look back at Foster, it will be the context of our time that allows proper judgement, for better or worse, of what truly abides in our individual natures.

Will trainers be judged simply by the big races they have won? Or will it be additionally asked why Trainers A, B and C signed up to publication of their veterinary records, signed up to WHOA, and maintained a clean violation history; and why Trainers D, E and F conspicuously did not? Because make no mistake, if our sport has survived at all, then it will only be because those questions have become much more important than appears to be the case right now. The fact is that if you're one of those trainers who can look yourself in the mirror every morning, then you're also meeting with a candid eye the inquiring gaze of future Turf historians.

The river that unites Louisville and Foster's home state of Pennsylvania was also the medium through which his work became endowed with flavors of the antebellum South, of which his personal experience was actually extremely limited. But it's a son of New Orleans I'd like to follow in the reverse direction Saturday. Because the man who saddled Tom's d'Etat (Smart Strike) to win the Stephen Foster last year, Al Stall, Jr., saddles a most interesting candidate for a race with a far longer history in the GIII Ohio Derby. 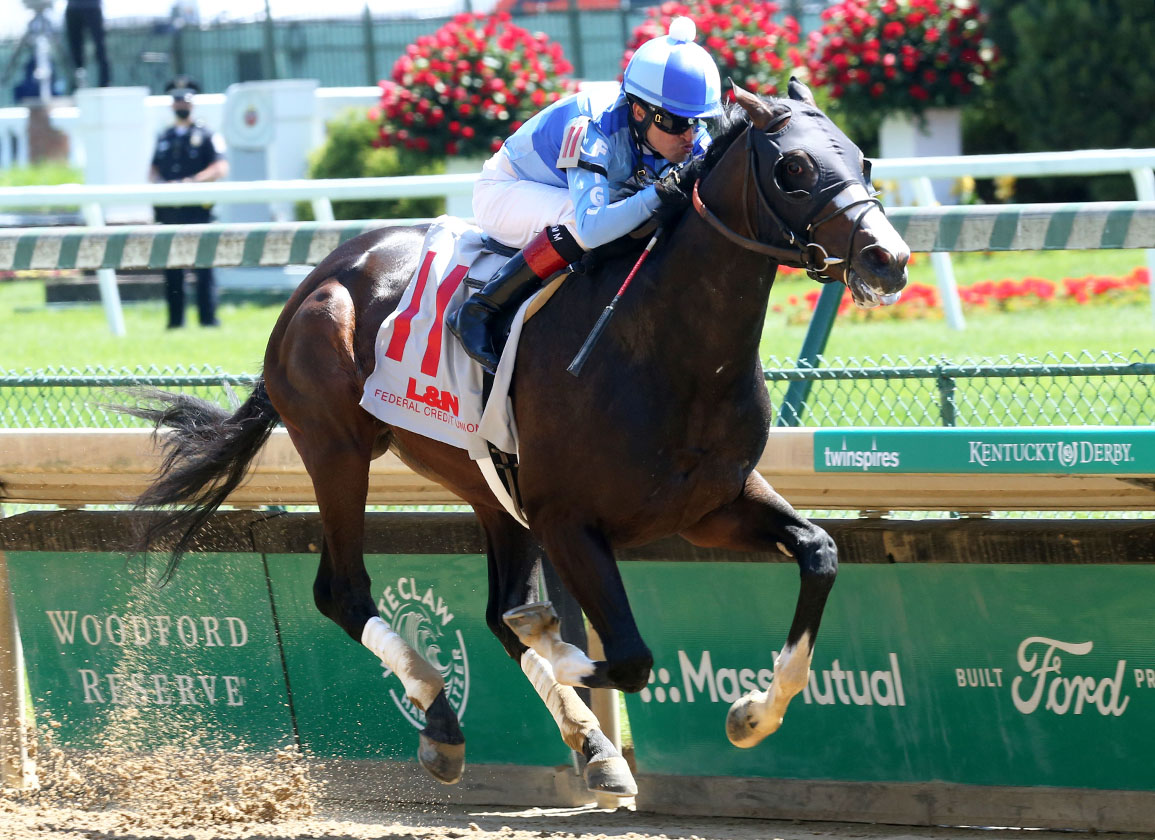 Masqueparade (Upstart) certainly has the best of antecedents, bred by Brereton C. Jones and his exemplary team at Airdrie, and trained by a gentleman whose record of achievement–highlighted by another Stephen Foster winner in Blame–presents so cleanly. Stall brought the horse along steadily through the Fair Grounds winter, taking four attempts to break his maiden, but that dozen-length romp on the Derby undercard looked a real coming of age. Masqueparade was awarded a 97 Beyer for that, breathing down the neck of Medina Spirit (Protonico)'s 102 in the main event, and I hope that he can now break into the elite of a crop with much to play for in the second half of the season.

Raised the way he was, Stall will be well aware that 1924 Kentucky Derby winner Black Gold, whose remains are interred in the Fair Grounds infield, won this race on his first start after Churchill. Sadly, one of the great fairytales of the American Thoroughbred would reach an unworthy conclusion when Black Gold, having proved infertile, was restored to competition only to suffer a grotesque breakdown.

Though his one and only foal was killed by lightning, Black Gold survives in the fabric of our sporting heritage. Back at Churchill, indeed, those who contest the GIII Bashford Manor S.–35 minutes after the Ohio Derby–will also find his name in its annals.

This communal sense of legacy, however, only serves its purpose so long as it remains dynamic and not merely ceremonial. We see that in an evolving relationship with the sentimental anthem we have long harnessed to our greatest occasion. Because we don't want a homesickness for a place that never existed; nor nostalgia for a past that didn't, either. Respecting and understanding the past also instructs us about the present, and our duty to the future.

A due sense of heritage reproves us that we are only ever custodians of the Thoroughbred. As breeders, certainly, we should always try to operate in a way that will earn the gratitude of our successors. And trainers, similarly, should remember that their deeds of today will not be judged tomorrow simply by their trophies. None of us wants to end up in the gutter, with 38 cents to our name. But wherever we end up, posterity will always know whether or not we could still see the stars.