Home » Archive » Shared News » This Side Up: Baaeed News is Good News

This Side Up: Baaeed News is Good News 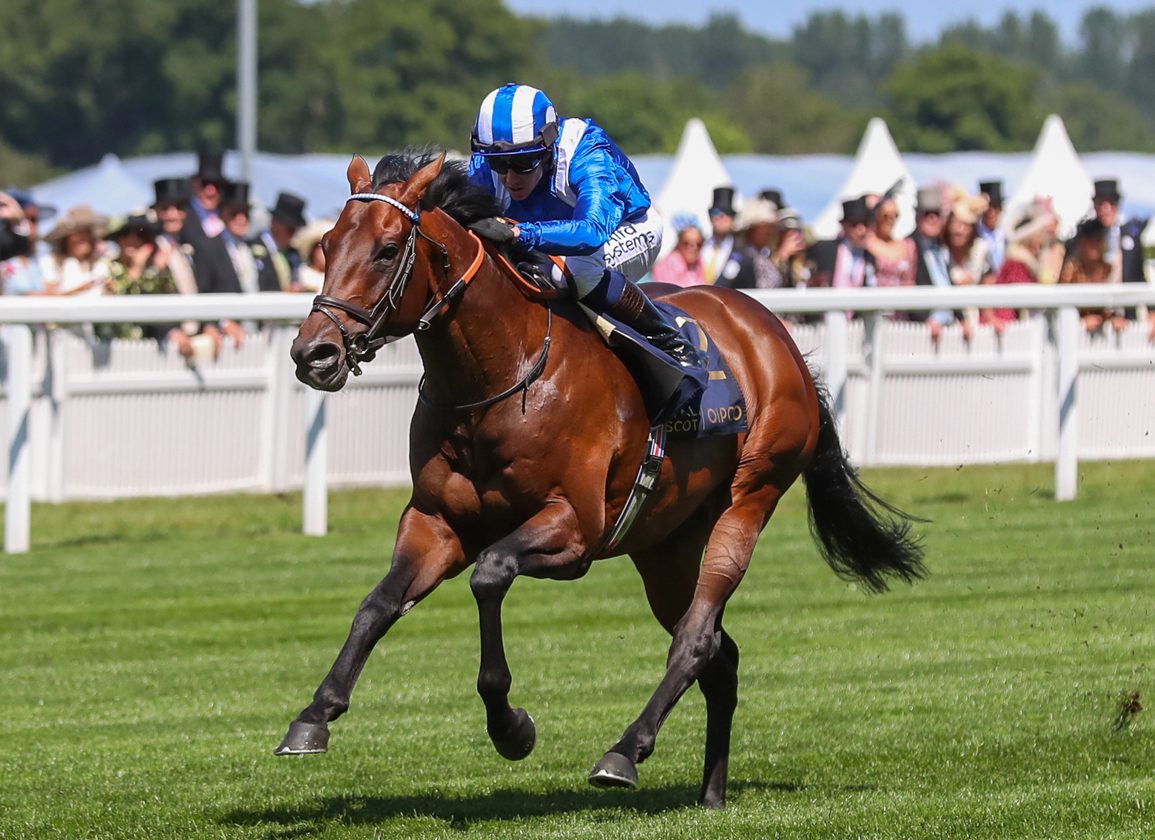 I guess the whole point is that ours is a world apart, a sanctuary from the cares of the “real” one. But it still feels unnerving, to see a new cycle of the sales calendar open with such blithe indifference to a wider consensus that the global economy is scrabbling along the top of a precipice.

Both Saratoga and Deauville benefit from a heady atmosphere that might easily induce a perilous incaution when a yearling stands there shimmering on a sale rostrum. But it was ever thus, and the market at both Fasig-Tipton and Arqana exhibited remarkable buoyancy when measured against historic standards.

We know that bloodstock tends to lag somewhat behind other indices of recession, and conceivably this will prove to be some final, decadent flourish before the bulls start to draw in their horns. But it may also turn out, as when bloodstock showed such startling resilience during the pandemic, that the outlook simply looks different to the affluent elite on whom our industry so candidly depends. Inflation may be a bolting mustang; there may be wars and rumors of wars; political discourse may be ever more acrimoniously polarized. None of it seems to matter to these guys.

To be fair, in certain states American investors can increasingly entertain the possibility that their racetrack programs can aspire to something vaguely resembling viability–even if some benighted horsemen appear masochistically determined to erode that equation with their stubborn litigations. But the parallel strength of the market over the water suggests that a lot of people must also be animated by less tangible dividends.

(To listen to this column as a podcast, click the arrow below.)

That being so, we must always remember how destructive to our sport is the contamination of bad publicity. No shortage of that, of course, in an average week–and this one has been no different. Equally, however, we must acknowledge our debt to those priceless horses and horsemen that do succeed in capturing the public imagination; to those that intrigue outsiders, and inspire them to enter and contribute to our community, whether as fans and handicappers or as buyers of seven-figure yearlings. And it's also been a week, either side of the ocean, that has magnified those positives.

First and foremost, we have had a fresh reminder of the captivating grandeur within the compass of the Thoroughbred. Raised in distance for the first time, Baaeed (GB) (Sea The Stars {Ire}) also raised his game anew to reach a pantheon lately shared, on European turf, perhaps only by his sire and Frankel (GB) (Galileo {Ire}).

Someone as tediously insistent as me, on the importance of a transatlantic cross-pollination, is hardly going to neglect the opportunity to highlight the way Baaeed's pedigree combines gene pools that have since become disastrously bisected. No fewer than 11 of the 16 contributors to this grass titan's fourth generation were bred in North America. Mr. Prospector is sire not only of Baaeed's fourth dam; but also of his damsire, Kingmambo; and of Miswaki, whose daughter Urban Sea gave us Sea The Stars. And look who's here, as sire of the third dam: the great enigma himself, Arazi!

Sea The Stars, specifically, combines two transatlantic cocktails. Start with his sire Cape Cross (Ire). He's by Green Desert, himself a son of Danzig out of a daughter of Sir Ivor and Courtly Dee; and out of Park Appeal (Ire), whose genes (by Ahonoora (GB) out of a Balidar (GB) mare) are no less evocative of a completely different world. As for Urban Sea, the epoch-making dam of Sea The Stars (and Galileo, of course), she similarly blends a classic American brand (Miswaki was by Mr. Prospector out of a Buckpasser mare) with a mare whose parents both channelled doughty German blood.

Much the same kind of thing happens along Baaeed's bottom line. That Mr. Prospector fourth dam we just mentioned, for instance, is actually out of the British matriarch Height Of Fashion (GB), who was by Bustino (GB) and saturated with other indigenous influences. So, really, can anyone look at Baaeed's pedigree and still understand why most breeders, either side of the Atlantic, no longer want to mix turf and dirt lines?

So much for Baaeed's past. As far as his future is concerned, we must naturally yield to the judgement of those who have brought him this far with such skill. But it must be said that the horse stands in danger of leaving us with the same wistfulness as did Frankel, who similarly spent most of his career beating up proven inferiors at a mile before stepping up in trip only in his penultimate start–and in the same York race that Baaeed won this week. The plan has long been to remain in step with Frankel by also bowing out over 10 furlongs at Ascot, but the door is apparently still ajar to going to the Arc instead.

In declining to run either at Longchamp or at the Breeders' Cup, Frankel was left exposed to the charge that he never went looking for trouble. Suspecting him to be one of the best of all time, everyone was comparing him to specters past–yet he never measured himself against plenty of good ones then alive and well, and available for racetrack competition.

The fact is that Baaeed finished the new trip at York ravenously, and is a full-brother to a Group 1 winner at 12f (and Group winner at 14f). So let's hope that the desire to preserve his immaculate record does not discourage connections of another great horse from exploring the full range of his brilliance.

If a sporting gamble happened to misfire, it wouldn't take a cent off his value. In terms of his legacy, he has nothing to lose and much to gain. And, as we've been saying, there's a wider consideration–one might almost say, a wider obligation–to make this game as engrossing as we can; to showcase charisma, and retrieve the news agenda from the bad guys.

Happily, that is just what is happening at Saratoga this summer, with D. Wayne Lukas back on center stage Saturday with his latest Classic winner squaring up for her decider with Nest (Curlin). Last week we highlighted the way Lukas appears to be reversing the ageing process, as a rejuvenated force in the sales ring as well as on the racetrack. He promptly produced another exciting juvenile in Bourbon Bash (City Of Light), who won his second start by eight lengths and looks eligible to extend his trainer's record of eight wins in the GI Hopeful S.

This is the first foal out of a stakes-winning Violence mare named Buy Sell Hold. Sell or hold is an adequate conundrum for most people right now, trying to read the alarming runes in less singular markets. How long our own marketplace can remain insulated by such unquantifiable factors as horses like Baaeed, and horsemen like Lukas, remains to be seen. But history tells us that we will find out soon enough.