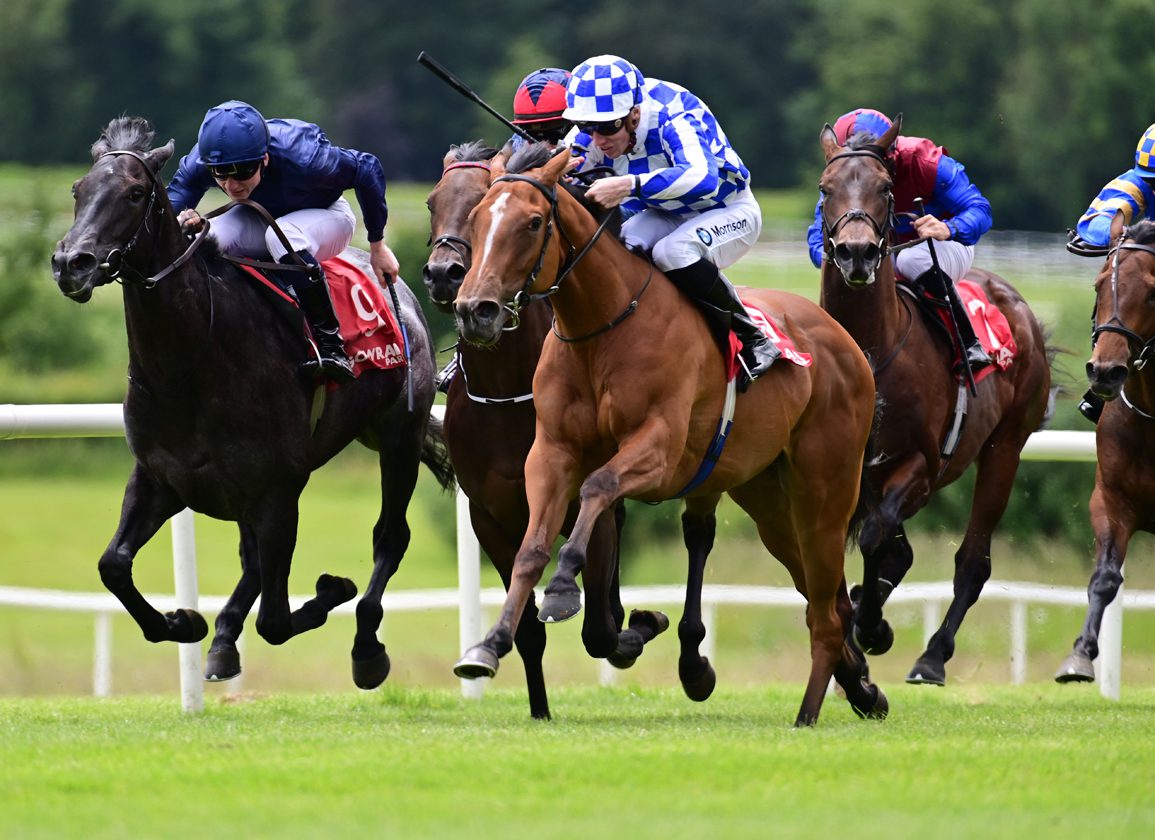 Eric Long has struck it lucky with Zoinnocent (Ire) (Zoffany {Ire}), the first horse he has had in training in Europe and, speaking ahead of the filly's run in Thursday's G3 Silver Flash S. at Leopardstown, the American businessman has outlined plans to grow his string with Joseph O'Brien.

Zoinnocent ran out an impressive winner of a seven-furlong maiden at Gowran Park last month and is expected to play a leading role in one of the feature races at Leopardstown on Thursday.

Long, who has 10 horses in training in America, revealed that he would be concentrating on the upcoming yearling sales in an effort to bolster his numbers with O'Brien after what he describes as a hugely positive start to their relationship.

Long explained, “This is just the beginning–I anticipate buying at the sales at Arqana and at Goffs. With the experience that I have had already, I fully anticipate pursuing more horses and I like buying young horses to bring them along and try to make something out of them.

“This was not a one-and-done. Zoinnocent has been a gateway for me to try and race more in Europe and I fully intend on doing that.”

He added, “I am involved in 10 horses in America and, right now, Zoinnocent is the only horse I have in Europe. I always say that, if I take care of the horses, they will take care of me.

“So, if they are able to pay their way, I would not be opposed to having a lot more horses in Europe and 10 would be a comfortable number for me. I am extremely pleased with Joseph and I want to support his yard.”

Zoinnocent is out of the dual Listed-winning daughter of Galileo (Ire), Innocent Air (GB), and was acquired by Long–with the help of Justin Casse–at the Goffs Orby Sale last year for €210,000.

Since purchasing Zoinnocent, Long was provided with a major pedigree update when her brother Hannibal Barca (Ire), who transferred to O'Brien's stable after fetching 500,000gns at the Tattersalls Autumn Horses-In-Training Sale last year, won the G3 Gallinule S. on his stable debut.

Speaking about the decisions that led Long to get involved with O'Brien, and the thought process behind purchasing Zoinnocent at Goffs, Long, who is the president of a major manufacturing company in America, said, “I was talking about this with Justin Casse last autumn and he said, 'well, there's no better time than now to get involved,' which I did.

“He was going to be at the Goffs Orby Sale so we picked out a few that we liked. It was Justin who picked out this particular filly [Zoinnocent] and I really liked her page.

“At that time, I didn't even know that her brother Hannibal Barca was in training so it was a little bit of a surprise that he jumped up.”

He added, “My wife and I had never been to Ireland until last year. We spent 10 days there–went to Dublin, Galway, Ashford Castle, Tipperary and Mount Juliet in Kilkenny–and had a wonderful time. We visited Joseph at the yard and got to see the filly training. It was just a wonderful experience for us–everything I had expected and more. It was more than just racing. “We have been pretty lucky with Zoinnocent and, frankly, we could not be more pleased. Joseph is a young man who has accomplished so much and it's great to be able to support his endeavour and his yard.”

Long and his wife will be back on that plane to Ireland in September. With a bit of luck, they will be able to take in a trip to the races to see Zoinnocent line out in some of the major 2-year-old races in the autumn, but the emerging owner is not getting ahead of himself just yet.

Asked what his expectations are ahead of Thursday's race, he said, “Joseph is a man of patience and he doesn't like to run his horses unless they are ready. He's very hands-on and, every time he calls me before the race, he will tell me what he expects will happen. Pretty much every time he has called me after the race, it has gone exactly as he predicted. So, the thing I really like about Joseph is, not only is he a terrific horseman but he's got experience as a jockey and can read a race and instruct his jockeys.”

Long added, “We'll see how she does on Thursday and, if things work out, I will probably come over to Ireland in September to see her run. There are two or three nice races that could suit her really well in September so we'll see what she does this week first.”