Home » Archive » Shared News » This End Up: A Fountain of Memories, Whatever the Future Holds

This End Up: A Fountain of Memories, Whatever the Future Holds 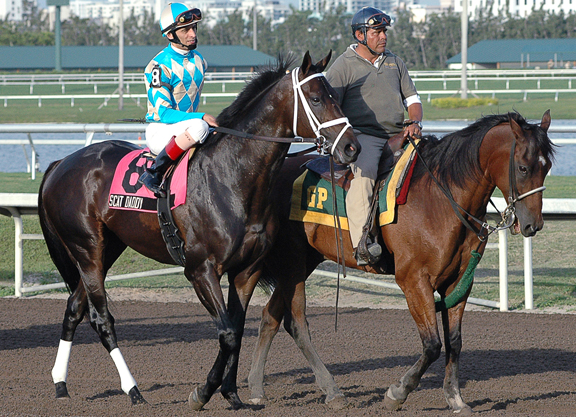 Never mind a Fountain of Youth.

Right now we find ourselves in need of a rather more pressing therapy. Without wishing to be impertinent, in Europe it does feel as though the insidious economic peril of coronavirus–quite apart from its biological impact, deadly as that can be–has been grasped rather more urgently on one side of the Atlantic than the other.

That's perfectly understandable, given its unexplained foothold in Italy at a time when the U.S. President could still declare that domestic cases would “within a couple of days… be close to zero.” But whatever their own response, politicians everywhere have quickly learned the view of the markets. These have haemorrhaged even faster than when Lehman Brothers was holed below the waterline.

This is hardly the place to anticipate potentially transformative challenges to the global village, from supply chains to tourism. But there may well be others, specific to our own walk of life.

For one thing, if Americans were unfortunate enough to repeat the pattern now being established in Europe, timing may become crucial for major race meetings. One of the biggest matches of the Italian soccer season will tomorrow be played in an empty stadium; other sports, such as rugby, are postponing international fixtures. So let's just hope that the Churchill turnstiles can still rotate without restriction on the first Saturday in May. As for the day-to-day functioning of a truly international industry, you could start by just taking a quick look at the state of play in Hokkaido.

Less speculatively, everyone who depends on this business for a livelihood will be anxiously hoping that the shock sustained by the markets proves to be just that: a shock. Because, as we saw in 2008, few sectors are more exposed to recession than bloodstock. In the years after that crisis, trade in luxury goods–from classic automobiles to art–was nourished to a nearly reckless degree by the injection of cash steroids into the economy, through quantitative easing, nugatory interest rates and other devices to promote liquidity. Having exuberantly ridden that wave, however, the bloodstock industry may now suddenly find itself separated from the surfboard.

Sorry to be so cheerless. Mortality, after all, is a fact of life; the fact of life, you might say. Hence, indeed, the quest for the Fountain of Youth.

An elixir that would mean different things to different people. To Lucas Cranach the Elder, the German painter who depicted “Der Jungbrunnen” in 1546, it was about the vivid physical rejuvenation of the withered old folk immersing themselves into the pool. Modesty did not prevent him from faithfully depicting the results, in those emerging from the water. By a remarkable coincidence, however, only females happened to be using the facility that day.

Possibly this was just what Juan Ponce de Leon was supposed to have been seeking, when he had reached Florida 33 years previously. Regardless, the race named for that quest has certainly proved a renewable source of vigour in that most virile of animals, the Classic racehorse.

What storied names are engraved on the GII Fountain of Youth S. trophy! Tim Tam was the first of five Kentucky Derby winners to graduate from here. In Reality won the 1967 running, only for Dr Fager to deny him the status even of Florida's premier sophomore. In modern times, the race has become a springboard for a series of splendid stallions: Dehere, Pulpit, Scat Daddy, Quality Road, Union Rags.

Pulpit, of course, was from the debut crop of A.P. Indy, who himself drank so deeply from some Fountain of Youth until his death, at the venerable age of 31, just days ago. It almost seems too much to hope that his brawny yet balletic grandson Honor A.P. (Honor Code) could live up to his name in the GII San Felipe S. next weekend.

That race was won in 1954 by Determine. The little gray went on to win the Kentucky Derby under the 20-year-old Ray York, whose death this week deprived our community of another cherished veteran.

Those down the field at Churchill that year included Sea o'Erin, the Fountain Of Youth winner. Sea o'Erin-a half-brother to Saggy–the only horse to beat Citation at three–persevered to 85 starts across five years; Determine had to settle for 44 before breaking down (in, of all races, the Sunset H.).

Different times, different times. Determine was trained by Willie Molter for Andrew Crevolin, who had made his fortune with Chrysler's mass-produced horseless carriage. Crevolin's fourth wife was the sultry Dolores Gray, who won a Tony Award for launching what became a Sinatra standard, Here's That Rainy Day, in a forgotten Broadway musical.

Ray York was evidently a lovable character. He had some dark times, but came out the other side and his 86 years spanned a rich life. In 1956, moreover, he ensured due longevity for Johnny Longden, thinking fast and acting cool to save his friend when stricken under a horse in a drainage ditch at Golden Gate Fields. Longden made it to 96.

Molter, in contrast, died of a stroke at just 49. But quality can always redress quantity. Besides Determine, he also trained Round Table, and there have been thousands of trainers who wish they knew what that felt like.

Frivolous as our sporting obsession may seem, then–especially at a time like this–let's comfort ourselves that it remains a valid source, if not of eternal youth, then certainly of color and vitality.

Coronavirus or no coronavirus, let's be grateful for those horses who seek to emulate Spectacular Bid at Gulfstream today; or Determine, in the San Felipe next week.

Because thanks to their passion for these wonderful animals, people in our sport leave nothing on the field. They will never have to sing, with Dolores Gray: “Maybe I should have saved those leftover dreams… Where is that worn out wish, that I threw aside?”