The Week in Review: Wayne Lukas Rolls the Dice 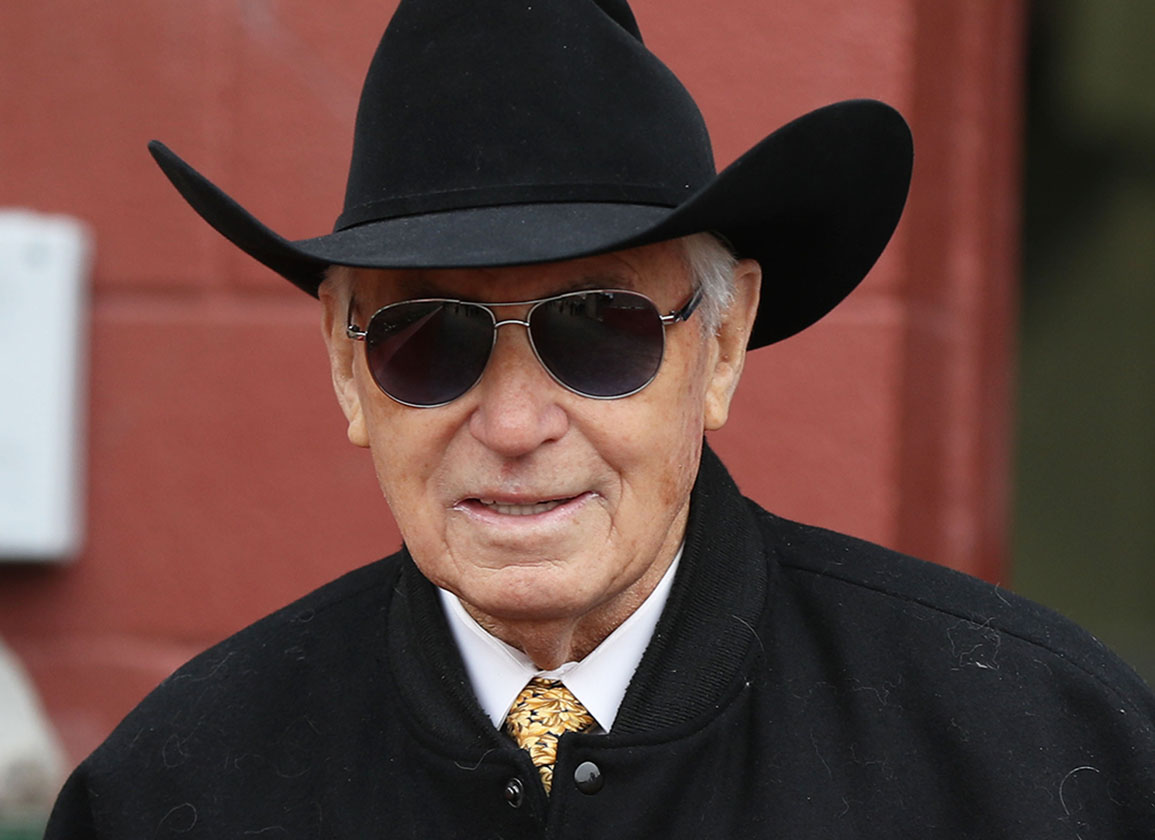 In an era where most every trainer has grown way too cautious and overly patient, 86-year-old Wayne Lukas has emerged as a breath of fresh air.

Lukas announced last week that he was going to run his star filly Secret Oath (Arrogate) in the Apr. 2 GI Arkansas Derby against the colts instead of in the safer pick, the GIII Fantasy S. run the same day. It's not just a bold choice, it is a smart choice. With the contingent of males heading to the Arkansas Derby an unusually weak one, Secret Oath figures to be the favorite in a race where the purse is $1.25 million and the winner gets 100 points for the Derby. She can absolutely win. The Fantasy goes for $600,000.

A filly last ran in the Derby in 2010 when Devil May Care (Malibu Moon) finished 10th. In 2016, Churchill went to a new system, awarding qualifying points in traditional preps for the race rather than going by earnings in graded stakes races. That meant that a filly had to run in a prep against males to have any chance of making it into the Derby field. Up until now, no one has even tried.

Enter Lukas. He didn't become one of the greatest trainers of all time by being timid.

He won the 1984 Arkansas Derby with the filly Althea, who came into that race just seven days after winning the Fantasy. It was the last time a filly won the Arkansas Derby. She didn't fare well in the Kentucky Derby, she was 19th. But she was there. In 1988, he sent Winning Colors from the GI Santa Anita Oaks straight to the GI Santa Anita Derby, which she won. Four weeks later, she became only the third filly in history to win the Kentucky Derby. Lady's Secret ran against males seven times and beat them in the 1986 GI Whitney H., a win that helped her secure the Horse of the Year title. Serena's Song won the 1995 GII Jim Beam before running 16th in the Derby, the fourth Lukas-trained filly to start in the race. She went on to win the 1995 GI Haskell Invitational. In 1996, she missed by just a neck when second in the Whitney.

Secret Oath, a late developer, didn't hit her stride until she got to Oaklawn. She won a Dec. 31 allowance there by 8 1/4 lengths and then won the Martha Washington S. by 7 1/4. Next up was a start in the GIII Honeybee S. and she crushed them again, winning by 7 1/2 lengths.

Maybe she's not as good as a Winning Colors or a Lady's Secret, but she doesn't have to be…particularly when it comes to winning the Arkansas Derby. Many of the starters will be coming out of the GII Rebel, which was a mess. It was won by 75-1 shot Un Ojo (Laoban) and the odds-on favorite from the Baffert stable, Newgrange (Violence), was a dull sixth. The Rebel went in 1:45.69 for the mile-and-a-sixteenth. Six races earlier in the Honeybee, Secret Oath went almost a second faster, in 1:44.74.

In T.D. Thornton's latest Derby Top 12, not a single confirmed Arkansas Derby starter made the list.

Among the colts eyeing the Derby, there are no stand outs, no one to fear. The best horse may be Baffert's Messier (Empire Maker) and, due to Baffert's problems, he may not be in the field. There's also the Echo Zulu (Gun Runner) factor. Last year's Eclipse Award-winning juvenile filly champ will make her 3-year-old debut Saturday at the Fair Grounds in the GII Fair Grounds Oaks. If she picks up right where she left off she might just be better than any of the colts eyeing the Derby.

Then there's the “what's best for the game” angle. During a prolonged period where scandals have dominated the headlines, the sport could really use a feel-good story. To see a revered icon attempt to win the Kentucky Derby, 23 years after he last won the race and to do so with a filly at age 86, is something everyone can rally around. This could be Lukas's last chance, and he appears ready to go for it. Good for him.

How about Rated R Superstar (Kodiak Kid) winning a $500,000 graded stakes race at age nine? The veteran pulled off the feat Saturday at Oaklawn when winning the GIII Essex H. by 2 1/4 lengths.

Owner Danny Caldwell and trainer Federico Villafranco took a big chance last year when claiming the horse for $50,000 as an 8-year-old. But he's more than paid them back. He's won four times since and earned $300,000 in the Essex for the richest win of his career. Rated R Superstar won his first graded stakes way back in 2016 when he captured the GIII Carry Back S. at Oaklawn. He's won six stakes races, including the 2019 Essex, which was ungraded that year. He'll go next in the GII Oaklawn H. Apr. 23.

People love to hate Churchill Downs, but when they do something right they should be recognized for it. The announcement last week that Churchill will hold a one-day meet Aug. 13 and will host the GI Arlington Million, the GI Beverly D. S. and the GII Secretariat S. was a welcome one. Yet, it was met with a lot of negativity.

Chris Block, president of the Illinois Thoroughbred Horsemen's Association, which represents horse owners and trainers, told nbcchicago.com that the Million's move “is another reminder that Churchill Downs shuttered Arlington Park and abandoned Illinois horse racing, compromising hundreds of jobs throughout our state.”

Yes, it would be much better if Arlington Park were still open and hosting those races, but that was not going to happen. The only alternative to the Million being run at Churchill was that it wouldn't be run at all. This is better. The sport can't easily afford losing such a historic race.

The Million, by the way, hasn't always been run at Arlington. With Arlington in the process of being rebuilt after the fire, it was run at Woodbine in 1988.