Home » Archive » Shared News » The Week in Review: Do We Really Need So Many Stakes Races?

The Week in Review: Do We Really Need So Many Stakes Races? 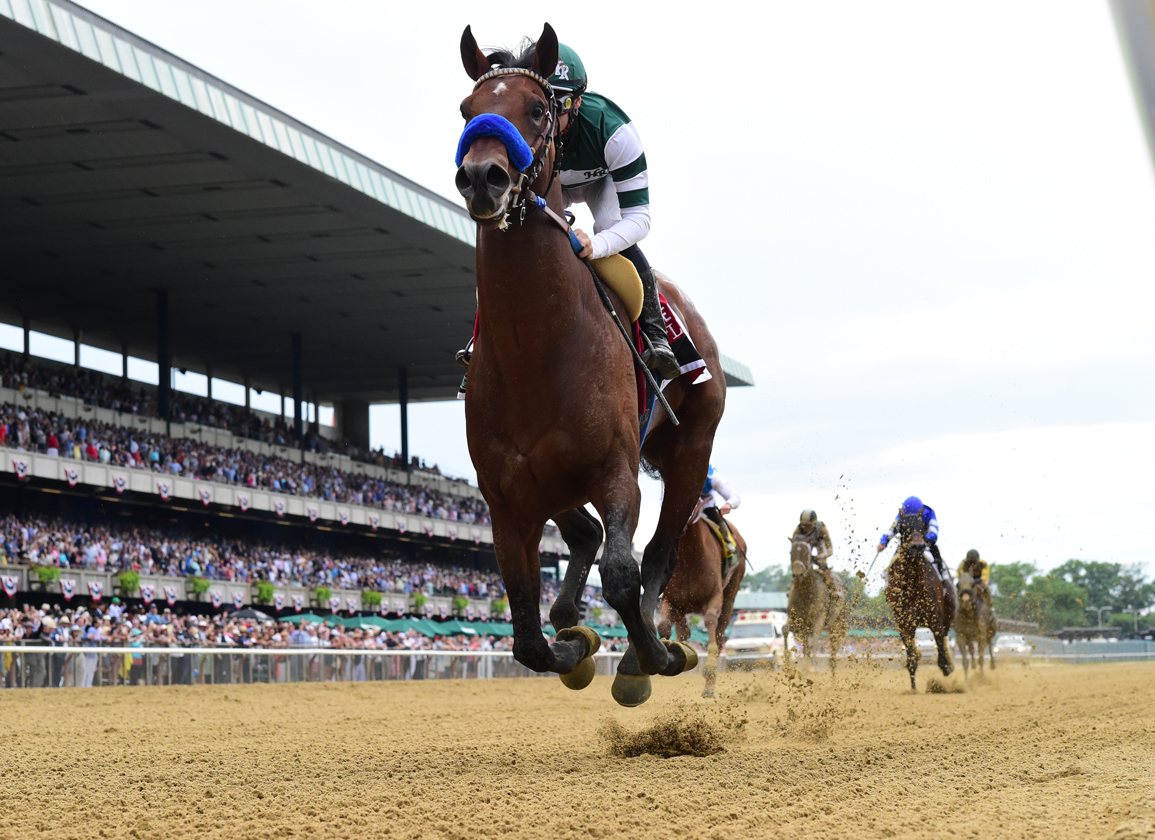 They could only scrape together a field of four for Saturday's GII Mother Goose S. at Belmont Park, run two weeks after they had a field of four in the GI Acorn S. Saturday's third race at Belmont fared no better. Only four went in the Wild Applause S., and three of them were trained by Chad Brown.

And it isn't just a NYRA problem. The number of stakes run across the country that have attracted five horses or fewer is alarming. Since May 7, GI Kentucky Derby Day, there have been 21 graded or listed races that had five-horse fields, a list that includes some of the biggest races on the calendar, like the GI Hill 'n' Dale Metropolitan H., the GI Ogden Phipps S., the GI Hollywood Gold Cup S. Six more graded stakes consisted of just four runners.

When it comes to the bettors, there are way too many unappetizing betting races, $3.60 winners and $8.20 exactas. When it comes to the breeding industry and the importance of the graded stakes system, it's become too easy for a horse to pick up black type. To get a filly or mare to finish among the top three in graded company is no longer the accomplishment it used to be.

The problem is obvious. There aren't enough horses and there are too many stakes races.

There's also the added problem of how infrequently horses run. In 2007, the average number of starts per horse was 6.2. Last year, the number was down to 5.26.

The 3-year-old filly division is a perfect example. Let's start with the Acorn, run June 11. Two weeks later, NYRA ran the Mother Goose, a recipe for disaster considering how close the Acorn and Mother Goose were to one another on the calender. But there's more. The GIII Delaware Oaks will be run July 2. The next day, Monmouth will run the Boiling Springs S., a $100,000 race for 3-year-old fillies. On July 9, they'll run the GIII Iowa Oaks at Prairie Meadows and the GIII Indiana Oaks at Horseshoe Indianapolis.

Even if trainers wanted to stick to the NYRA races, there are just too many. After the Acorn and the Mother Goose, you will have the GI Coaching Club American Oaks July 23 and the GI Alabama S. Aug. 20, both at Saratoga. That's four graded stakes races for 3-year-old fillies run on the same circuit in a span of 70 days.

The only way to fix this is for some stakes races to go away. Yes, the Mother Goose is a prestigious race that has been around since 1957 and has been won by horses like Serena's Song, Ruffian and Shuvee. But it's no longer a Grade I and the purse is $250,000, modest by today's standards. Despite the four-horse field, the Acorn is the better race. It's a Grade I and the purse is $500,000. You don't need both, and the answer is to keep the Acorn, extend it to a mile-and-an-eighth, and say goodbye to the Mother Goose.

There are at least a half dozen more stakes on the NYRA schedule that could be done away with. Maybe more. Does Monmouth really need the Boiling Springs? Should we have both an Indiana and an Iowa Oaks, run on the same day? The Hollywood Gold Cup isn't the race it used to be, when it was won by the likes of Swaps, Native Diver, Affirmed and Cigar. This year's winner, There Goes Harvard (Will Take Charge), had never so much as run in a graded stakes before capturing the mile-and-a-quarter event at Santa Anita. Is this race really necessary anymore?

To get rid of races like that would be a tough pill to swallow. Stakes races represent the highest level of the sport and what track doesn't want to be able to brag that it has an important group of these races? In some sense, they probably mean more to smaller tracks likes Prairie Meadows and Horseshoe Indianapolis than they do to a NYRA or Santa Anita because they don't get many opportunities to put on cards that include major races.

Then again, something needs to be done. You could start by requiring that the racing secretaries from all the major tracks assemble each year, go over their proposed schedules and make some sort of effort to work together. There have to be compromises that can be made. But you also have to cut down on the number of stakes available. It doesn't have to be a mass reduction in the number of races, maybe, as a starting point, a race here and there.

Until then, there will be only more and more four and five-horse fields in some of the sport's biggest races. This problem is not going to go away on its own.

Beverly Park Does It Again

Iron horse Beverly Park (Munnings) won a starter allowance  June 18 at Churchill Downs. It was his 17th start of the year and his eighth win. He's earned $150,244. For owner-trainer Norman (Lynn) Cash, he's run at nine different tracks this year and has won at six. All but two of his starts have come in starter allowance races.

Cash, who takes on no outside owners, claimed Beverly Park for $12,500 last August. He's since won 15 times and started 25 times.