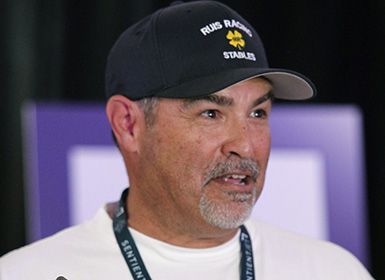 The business of allocating racetrack stalls to trainers has always been a thankless task–for every winner there's a handful of losers. Accusations of favoritism and preferential treatment invariably swirl.

As stall space at Santa Anita has become ever more valuable over the past few years, however, the pressure to accommodate trainers has intensified, particularly as management has sought to prioritize on the grounds horses that are fit and ready to run in order to maximize field sizes. And as trainers recently prepared to decamp from Del Mar back to Santa Anita, these familiar tensions once again bubbled over.

Trainer Karen Headley was told that her previous 20-stall barn would be halved, on account of reportedly missing the number of individual starters she was expected to make at the recent winter/spring meet at Santa Anita. Headley said, however, that she came to a “respectable agreement” with Santa Anita, and her 20-stall allotment was later reinstated.

Then earlier this week, trainer Mick Ruis told the Blood Horse that he would ship most of his horses out of California, and move his California-based stallions and broodmare band to Pennsylvania, because his stall numbers had been cut and because a portion of his stable had been dispersed around various barns.

Aggressive efforts to increase field sizes at Santa Anita appear to have paid dividends. At the track's latest winter/spring meet, for example, the average field size was up this year from the last two: 7.85 compared to 7.57 in 2017, and 7.77 in 2016 (though still down from 8.17 in 2015), according to DRF data. Some, like Ruis, wonder at what cost.

“It's just unfair for the little guys if one, two, three, four, five other people that are at that track get the majority [of the stalls], and the little guys get nothing,” Ruis told the TDN. “Everyone one of those [big number] guys worked hard to get where they're at. No one's taking that away. But is that where you want the game to go to?”

It may look from the outside that the big number trainers get preferential treatment, “but I don't believe that to be the case,” explained Tim Ritvo, the chief operating officer of the Stronach Group. “The more horses you run, the more stalls you get, and we continue to work on that issue,” he added. “It's a serious problem.”

Indeed, in letters issued by Santa Anita before this fall meet, trainers were encouraged to “actively support the entry box to warrant the stalls allocated,” and were told their current stall numbers “DO NOT guarantee stabling for future meets” (emphasis in the original letter). These missives arrived off the back of a new stabling initiative recently piloted in Northern California.

In its stabling agreement for this summer, Golden Gate Fields required of trainers based there to make at least one start per stall “during the Term at a Northern California Racing Fair,” which comprised Pleasanton, Sacramento, Sonoma, Humboldt, and Fresno. Any trainer that failed to meet that start requirement was required to pay $5 per day for 75 days for each stall found wanting, which went to reimbursing CARF and Sonoma for use of the facility as an auxiliary stabling site.

Greg Avioli, Thoroughbred Owners of California chief executive officer, expects some version of the initiative to be used in the north next summer. He added that the results of the initiative could be used, among other information points, to determine a stabling formula that maximizes runs per stall in Southern California.

Avioli also said a new stabling concept in Southern California could include a stall fee if starts-per-stall requirements aren't met, with collected monies potentially used to boost the stabling and vanning fund. Since Hollywood Park closed, he explained, the cost of off-site stabling has almost doubled in the south, and as of 2017, exceeded $12.6 million. “We need to make sure the industry is getting back its investment,” he said.

“The trainers, which I represent, we're saying it is not easy to develop a formula that is the same for the spring, the summer, the fall, for a trainer with a lot of young expensive stakes horses and for a trainer that has more claimers than allowance horses, for the big trainers and the small,” he said. “It's not simply a numbers game.”

So, how are stalls allocated currently? Santa Anita Racing Secretary Rick Hammerle wasn't available for comment until after publication, but according to Tom Robbins, Del Mar's vice president for racing and industry relations, “one of the hardest things we have to contend with is the allocation of stalls.” He explained that Del Mar doesn't use a “one-size-fits-all” formula when deciding which trainers get what. Individual trainer history, the types of horses in their barns, the long-term future of certain horses–these are some of the things that Del Mar takes into consideration, Robbins said. “We try to deal with the individual.”

Hovering over the debate is the issue of just how many stalls each trainer is allotted at Santa Anita, with many horsemen noting the 32-stall limit per trainer that once existed. Those concerned about potential consolidation at the top by so called “super trainers” argue that a comparable stall limit would force owners to share horses more equitably, giving smaller barns a much-needed boost.

According to the track's stabling agreement, it won't allocate more than 40 stalls to any one trainer. However, Santa Anita also possesses the right to allocate up to 50 stalls to an individual trainer if it determines that the number of available stalls “exceeds the number of qualified and eligible horses which have been allocated stalls.”

Up until recently, some trainers have had more than 60 stalls at Santa Anita, though currently the big number handlers generally sit around the 50-stall mark, and if they rise above that threshold, it's usually for a matter of days at a time due to horses shipping in and out, said people familiar with the situation who wished to remain anonymous. “Things have really tightened up this year,” one person said.

Looking more broadly at exacerbating factors, Tim Ritvo talked of the lack of stabling opportunities in California as a whole.

“Meaning, we don't have a lot of training centers,” he said. “So, if you're a 10-horse trainer, and you've got three or four 2-year-olds, those horses coming to the track don't make a lot of starts because the training centers aren't as available on the West Coast as they are on the East.”

As a possible remedy to this, Ritvo pointed to The Stronach Group's plan to build 800 stalls in a parking lot adjacent to the track. Question marks also hang over the Fairplex Park redevelopment. Many in the industry are hoping that the former Pomona racetrack could be repurposed as an auxiliary training center.

When asked about this possibility, Ritvo said that “we're always willing to try to work out a solution with Fairplex and Pomona, if there's an appetite. And, we are looking for a property in California that's not too far from the track where we could develop a training center like Palm Meadows. Our commitment is there.”

Promises of commitment, however, don't necessarily quell the fears of trainers at Santa Anita, many of whom are of two minds as to the issue of stall allocations, and its impact on fair competition. While everyone asked agreed that track management have a tough task on their hands, many also think like Ben Cecil, who believes that “it's getting harder and harder for the smaller stables.” But what do available statistics say about that? The findings are a mixed bag.

According to stats calculated using DRF data, the top 20% of trainers in California won nearly 84% of the available purses in 2016, and they saddled nearly 63% of individual starters. This ratio remained fairly consistent between 2007 and 2016, give or take a few percentage points. At the other end of the scale, however, the overall number of trainers with fewer than 20 individual horses making at least one start per year fell by 90 between 2007 and 2016, but their share of overall earnings grew by $17 million the same period.

As for Mick Ruis, his comments from earlier this week, he said, were largely well-received by his cohorts. “You don't know how many phone calls and texts I got today from people saying, 'Mick, thank you. It's about time somebody said something,'” he said. Ruis added that, being a successful businessman, “I guess maybe it's easier for me to say something because this isn't my livelihood, it's my passion.”