The Revenant To Stay Home 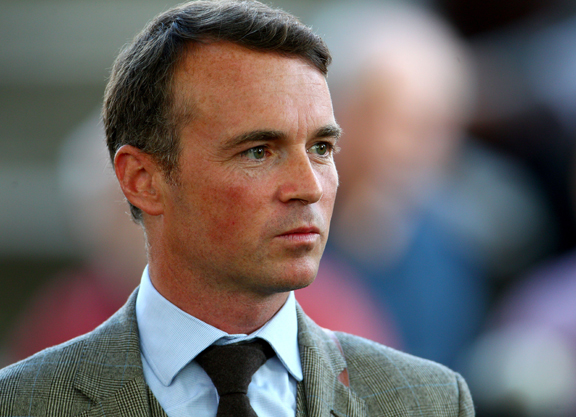 Last year's G1 Queen Elizabeth S. winner The Revenant (GB) (Dubawi {Ire}), who was third on seasonal debut in the G3 Prix Edmond Blanc on Apr. 3, will stay in France for Saturday's G2 Prix du Muguet rather than crossing the English Channel for the G1 Lockinge S. on May 15 on account of the complications of travel during the pandemic.

“Everything is fine with the horse, it is just at the moment the ground is pretty dry everywhere, and it is so complicated to travel for the staff and the jockey,” said trainer Francis Graffard. “We have everything against us, so I think we will just stay at home and run on Saturday in the Prix du Muguet.

“He will have an entry in the [G1] Queen Anne [S. at Royal Ascot], but it will depend on things. We know he is very competitive in the autumn. We could save him until then, but on the other hand he is a gelding with very few miles on the clock, so he can run again.”

“I was pleased with that run, because he's a big horse and he needed the run,” said Graffard of the 4-year-old. “He'll come on for that and he's going to run in a Group 3 at Deauville in a few weeks. He's entered in the [G1] Coronation Cup [on June 4], so we'll see how he is before that. Hopefully [the G1 Grand Prix de] Saint-Cloud can be a target for him this summer [July 4]. He doesn't need soft ground; he can go on any ground.”

This story was posted in Top News Europe and tagged Francis Graffard, In Swoop, Prix du Muguet, The Revenant.