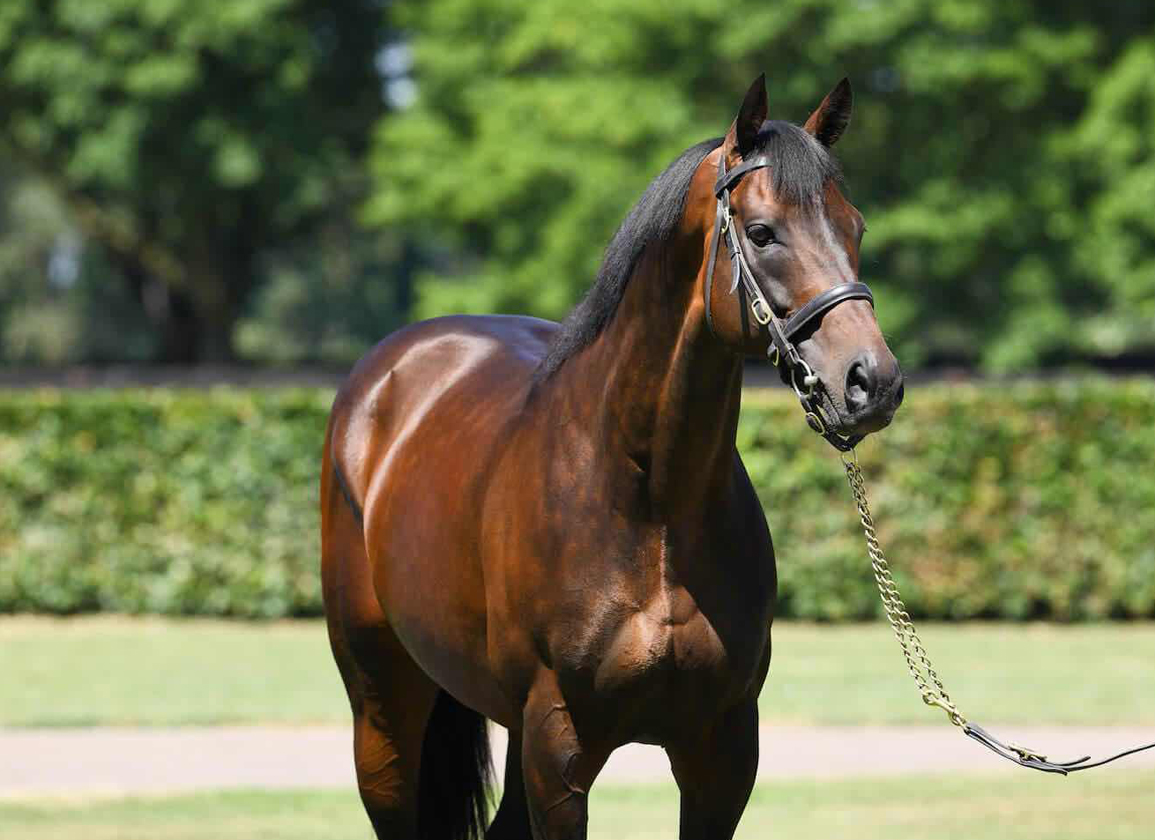 The 2022 roster and fees for The National Stud were announced on Tuesday. Featuring a young roster of six, first-season sires Time Test (GB) (Dubawi {Ire}) and Aclaim (Ire) (Acclamation {GB}) got off to a bright start with their first runners. The former will stand for £15,000, while Aclaim's fee will be £6,000.

Leading the way with more black-type winners than any other European first-season sire in 2021, Time Test is responsible for Group 3 winners Rocchigiani (GB) and Romantic Time (GB), while the filly Sunset Shiraz (Ire) was third in the G1 Moyglare Stud S. He also has listed winners Tardis (GB) and The King's Horses (GB). His current crop of yearlings made up to 400,000gns and averaged £50,466, almost six times the fee at the time they were conceived. In 2021, he covered 160 mares, of which 60 were black-type performers or producers.

Triple Group 1 winner Advertise (GB) (Showcasing {GB}) leads the roster at £25,000. A winner of the G1 Phoenix S., G1 Commonwealth Cup and the G1 Prix Maurice de Gheest, his first foals will go under the hammer next week.

New to The National Stud is the juvenile Group 3-winning Lope Y Fernandez (Ire) (Lope de Vega {Ire}), who will stand for £8,500. Placed five times at the Group 1 level, including the G1 Irish 2000 Guineas, the bay also made the frame in the G1 Prix Jean Prat, G1 Prix Maurice de Gheest, and the GI Breeders' Cup Mile at three. His final Group 1 placing was in the G1 Queen Anne S. at Royal Ascot this June.

Aclaim already has 26 juvenile winners to his credit, among them the GI Breeders' Cup Juvenile Fillies' Turf fourth Cachet (Ire) and the group-placed Jacinda (GB). His progeny have made up to 150,000gns.

Tim Lane, Director of The National Stud, said, “It is with a combination of pride and excitement that we unveil the 2022 covering fees for the National Stud stallions. The early achievements of our first-season sires Time Test and Aclaim have given us plenty to celebrate in 2021, and have also highlighted the abundant promise that exists across our six-strong roster.

“We are in a privileged position to be standing a range of promising young stallions and hope that breeders share in our optimism about the future for our sires. However, although we are confident there is much to look forward to, we remain acutely aware of the challenges recent times have presented. With that in mind, our fees have been designed to offer breeders what we feel is exceptional value for money.”