The Major Talking Points From Irish Derby Day at the Curragh 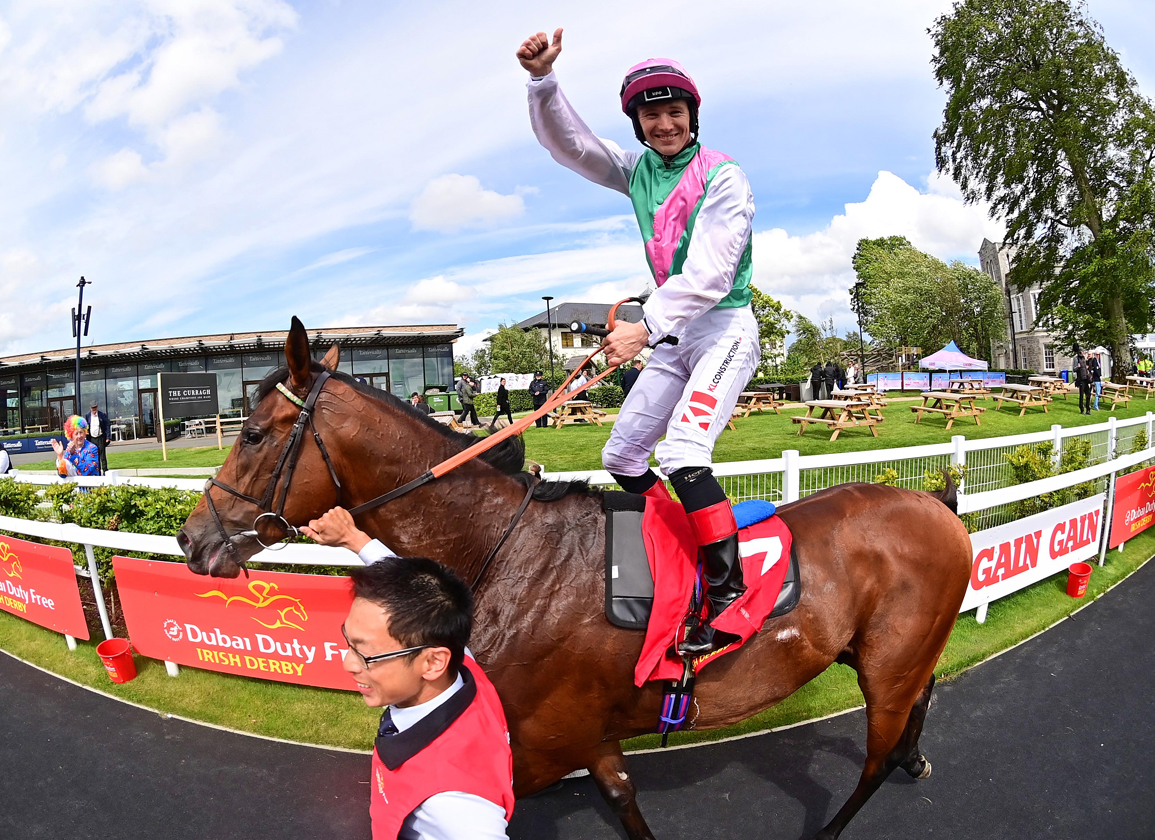 The fact that Colin Keane was handed the ride at the expense of Rob Hornby, who was aboard the colt at Epsom, provided a fascinating sub-plot to the race and both men emerged from the weekend with reputations not only intact but enhanced.

Westover was the winner the Curragh needed and his victory tees up a fascinating rematch between himself and the Derby hero Desert Crown (GB) (Nathaniel {Ire}) in the G1 King George VI And Queen Elizabeth QIPCO S. at Ascot next month.

From Westover, to the Curragh crowds and Johnny Murtagh registering an important winner for the Aga Khan, we examined the main talking points from an enthralling day's action.

Class Comes to the Fore in the Irish Derby

In sauntering to Dubai Duty Free Irish Derby glory, Westover provided further proof that this year's Derby at Epsom was won by a proper horse in Desert Crown.

With no Desert Crown to worry about at the Curragh, Westover stamped his class over the opposition, and boy did the race need this.

The Irish Derby has been a mixed bag in terms of quality throughout the past decade. There was no doubting the class of this year's winner.

Nor that of the rider. Much of the talk in the build-up to Saturday revolved around the fact that the three-times Irish champion jockey Colin Keane was taking over in the saddle from Rob Hornby, who had ridden Westover in all bar one of his five starts before the Curragh.

Saturday would have been one of the most difficult days in Hornby's career but, judging by how the rider dealt with the news and even went as far as offering Keane advice on how to ride the horse he knows so well on the morning of the race, he is clearly a man of immense character.

We learned as much from Keane moments after the race. Keane had just ridden his third Irish Classic winner, the second in the Juddmonte silks after of Siskin (First Defence) in the G1 2000 Guineas in 2020, but his immediate priority was to acknowledge the role Hornby played in the success.

He said, “Fair dues to Rob Hornby. I rang him this morning and he told me everything I needed to know about the horse. A true gentleman.”

Keane added, “The horse is very good and Rob told me that he'd get the trip well and will even stay further. He told me not to be afraid to use him up because the one thing he'll do is get to the line, and Ralph said the same. He told me to get him rolling and that he'd stay going.”

Stay going is putting it mildly. Westover devoured the Curragh straight as his rivals cried enough. The win represented a fourth Classic success for Ralph Becket but the first the trainer recorded with a colt.

Many people viewed Westover an unlucky loser behind Desert Crown at Epsom given he was stopped in his tracks and encountered traffic problems at vital stages in the race.

The prospects of a rematch between the pair was raised following the Irish Derby with the G1 King George VI And Queen Elizabeth QIPCO S. at Ascot next month the most likely destination for both colts. Now that would be class.

Murtagh Making the Most of Aga Khan Support

Less than two years after it was announced that Johnny Murtagh would train horses for the Aga Khan, the Curragh-based operator sent out Shartash (Ire) (Invincible Spirit {Ire}) to land the G2 GAIN Railway S.

Murtagh was closely associated with the Aga Khan Studs during his long and fruitful period as stable jockey with John Oxx, with his most famous partnership in the world-famous green and red silks coming aboard Sinndar (Ire) (Grand Lodge), the dual Derby hero who went on to snare the Arc in 2000.

Saturday represented another hugely important milestone for Murtagh and the Aga Khan who, in his role as trainer, has now become a vital cog in the wheel of the Irish operation.

Shartash is an unusually quick runner for the Aga Khan. Out of the five-time winner Shamreen (Ire) (Dubawi {Ire}), who won back-to-back editions of the G2 Blandford S. in 2016 and 2017, Shartash has an exciting future.

The G1 Phoenix S. could be the obvious next race for him and he should have no trouble getting seven furlongs in time.

It seems a long time ago now since Ken Condon's filly burst onto the scene by winning a Curragh maiden as a 2-year-old in good style back in 2020.

She had placed six times at listed and group level since, before finally bagging that all-important listed success at the Curragh on Saturday.

That win sugar-coated a good weekend for her sire. Ger Lyons unleashed another smart runner by Territories at the Curragh on Friday in the shape of Slan Abhaile (Ire), who slalomed her way through the field under Colin Keane before pulling clear at the line.

Derby runner-up Hoo Ya Mal (GB), who was sold for a whopping £1.2 million to join Gai Waterhouse in Australia at the Goffs London Sale recently, showed that it's not all about speed when it comes to Territories. He is clearly a sire going places.

He may have finished last of the 11 runners behind Coroebus (Ire) (Dubawi {Ire}) in the G1 St James's Palace S. when last seen, but Aikhal (Ire) (Galileo {Ire}) showed that he is colt not to be underestimated in running away with the G3 ARM Holding International S. on the Curragh card.

It's not often that Aidan O'Brien and Ryan Moore team up with a 20-1 runner and Aikhal proved his doubters wrong in producing a fine performance to scamper clear of some solid rivals.

Saturday's victory represented just the sixth start of his career and his first over 10 furlongs. Judging by the style the win was achieved, he should have no trouble getting 1 1/2 miles and Saturday may not be the last time he surprises people.

Curragh chief executive Brian Kavanagh said in the build-up to Derby weekend that he was more focussed on people enjoying themselves than getting bums on seats.

Well, the Curragh achieved both on Saturday and, for the first time in a long time, there was a genuine buzz around the place.

Kavanagh was quoted as saying “roughly 11,300” came through the turnstiles on Saturday.

Despite the fact that the newly developed €81-million Curragh can cater for over 30,000 people, the fact that 11,300 turned up on Saturday represented a positive step.