The Last Word With Dale Romans 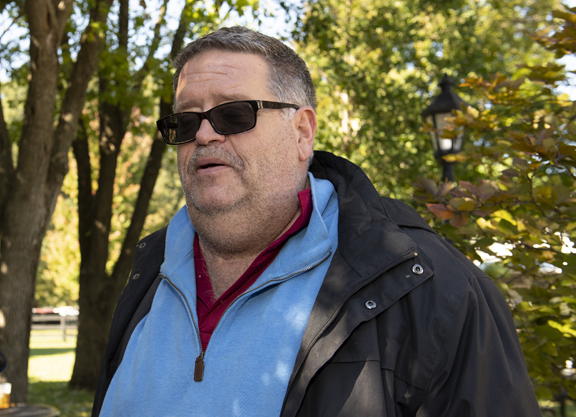 Dale Romans is among the sport's top trainers. His wins include the G1 Dubai World Cup, the GI Preakness, the GI Travers, three Breeders' Cup races, and in 2012 an Eclipse Award as the sport's top trainer. But there's a lot more to the person than what you see on the racetrack. In this edition of “The Last Word,” we touch all the bases with Dale Romans.

TDN: You once said your most prized possession is a watch that came from Bill Clinton. What's the story behind that?

DR: When we won the (GI) Travers, we got a Longines watch. I decided to give it to my assistant. One of the owners of Keen Ice was a very close friend of Clinton's and he was really impressed by that gesture I made giving the watch to my assistant. Clinton had had 10 Shinola watches made up and my owner and his friend had one of them. They have the presidential seal on the back and the Bill Clinton presidential seal on the front. He took it off his wrist and gave it to me and said he'd have no problem getting another one for himself from the president.

TDN: You're a big guy. You have the perfect body to be, say, an offensive lineman. Did you play any sports in high school and were you any good?

DR: I played high school football and I had an opportunity to play at Morehead State, but my grades weren't very good. So I didn't make that, so I went into training horses instead. My struggles in high school have been well documented.

TDN: You struggled academically because you have dyslexia. To this day, how does that affect your life?

DR: I have never sent an email and I've only read one book in my life. But I've found a perfect career for someone like myself. Dyslexia is a very broad term. There are a lot of different versions. My mother, she worked around the clock with me to make sure I got all the best treatments, all the best help. To me, the most impressive thing I've ever seen a person do is sit down in front of a computer or a typewriter and write a letter. For me, that would never be possible.

TDN: School must have been a nightmare for you?

DR: School was a nightmare, but I had a lot of good support. We didn't have much money, but my mother was never going to let me slip through the cracks. She did everything she could to make sure I survived. She made a deal with me when I got to high school. She said, “I'll never talk about your grades. Just get straight A's in context and do whatever you have to do to graduate high school.” And I did.

TDN: If I gave you a shot of truth serum, would you still tell us you really thought you were going to beat American Pharoah in the Travers with Keen Ice?

TDN: What do you consider your biggest accomplishment in the sport to be?

DR: My biggest accomplishment has been being able to do it with my family and the crew of people working with me. It's not an individual race because we've had so many great moments in individual races. One of the great things about the game is it's a family game. My family is always together and my team is also my family. My assistant and I have been together for 30 years and his wife has been with us the same amount of time. I have grooms that have been with us for 20 years. I'm proud of the fact we are all one big family and one team.

TDN: You are a second-generation trainer, following in the footsteps of your father, Jerry. Will there be a third generation from the Romans family to go into training?

DR: Probably not. I have two children, Bailey, 25, and Jacob, 22. He's now an agent. Jacob is in the industry and doing very well and I'm very proud of him. Bailey, as soon as she got out of college, went to work on the political scene. She worked for Hillary Clinton for two years, then she ran a campaign for someone trying to win a house seat in New Jersey. Now she lives in Chicago raising money for Democratic candidates.

TDN: Few trainers interact with the fans as much as you do. You have a podcast where fans can send in questions and you answer them and you never turn down an interview. Why are those things important to you?

DR: There are two people who put money into this game and that's the owner and the bettor. The forum the fans have to get inside the industry is through the media or with social media. To me, it's just logical. This is such a great game from all aspects. It's not just about betting $2. The more we can expose them to the greatness of the game, the more we can develop fans and the bigger and stronger the game is.

Click here to read the rest of this story in the December TDN Weekend.