The Great One, A True Heart Horse For Coteau Grove Farms 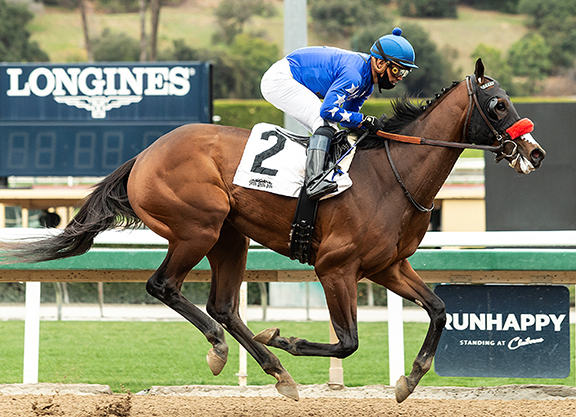 The Great One | Benoit

Horses often hold a special place in the hearts of their breeders. After all, the breeder is almost like the parent as they are the ones who bring that horse to life and give them their start in the world. But, some horses are a little extra special to their creators for one reason or another and GII San Felipe S. contender The Great One (Nyquist) is one those for his breeders Keith and Ginger Myers of Coteau Grove Farms in Sunset, Louisiana.

In 2008, the Myerses started their broodmare band with eight mares purchased at the Keeneland November Sale. The first of those eight to foal was a mare named Character Builder (Coronado's Quest), who they bought for $65,000 in foal to El Corredor. The resulting foal, who was the first born on Coteau Grove Farms, was Little Ms Protocol, the dam of The Great One.

“In those first mares we bought in 2008, was a mare named Character Builder,” Keith Myers said. “She had the first foal born on this farm, which was Little Ms Protocol, the dam of The Great One. My wife is a nurse and she is so passionate about the horses. They are all like children. She delivered Little Ms Protocol. We had a vet there as well, but she did everything. She imprinted her and stayed the whole night with her. Little Ms Protocol had a great career in Louisiana as a racehorse before she went to be a broodmare. So, we had a personal attachment through that which makes The Great One even more special.”

As they were brand new to the breeding business, the Myerses raced all of their homebreds themselves at first to establish their brand in the state, which included Little Ms Protocol. The chestnut carried the Coteau Grove Farms colors to nine wins–seven of which were stakes–from 30 starts, all of which took place in Louisiana. She placed in 12 additional races for earnings of $731,290.

A $125,000 OBSOCT yearling buy, The Great One brought $185,000 from Dennis O'Neill at the OBS June Sale, which was held in July last year, and sent to trainer Doug O'Neill. His connections thought highly enough of him to debut him in the grassy Speakeasy S. at Santa Anita in September, but he proved the turf was not for him, finishing sixth. Fourth to recent GIII Southwest S. runner-up Spielberg (Union Rags) next out going a mile on the Del Mar main track Nov. 1, he filled the same spot going a mile on the lawn there 28 days later. Second to Spielberg in the GII Los Alamitos Futurity S., The Great One dominated next out in a one-mile maiden special in Arcadia Jan. 23, graduating by 14 lengths.

“We will for sure be watching Saturday,” Myers said. “We already have our calendars blocked out for the first Saturday in May, as well! That [running the GI Kentucky Derby] would be huge, especially thinking about it in the context of a Louisiana-bred.”

While The Great One will attempt to fly the Coteau Grove Farms banner on the Derby trail this year, another talented colt looks to continue to make his mark–and that of his breeders–in the older male sprint division. That colt is Grade I-winning 'TDN Rising Star' No Parole (Violence).

A $75,000 KEESEP purchase by Maggi Moss, No Parole crushed his competition at the start of his career, winning three Louisiana-bred events, including a stake, by a combined 34 lengths. Extended to two turns for last year's GII Rebel S., the bay proved to be distance-limited, finishing eighth, but bounced back with a pair of victories, including the GI Woody Stephens S. last June. Off the board in his next two starts in graded company, No Parole kicked off 2021 with a facile victory in the LA-Bred Premier Sprint S. Feb. 10.

“He was the first Grade I winner we bred. It is so exciting,” Myers said. “We watch him very, very closely and when he is finished on the track, we will certainly be interested in where he goes next [as a stallion].”

The Myerses were very busy at the November breeding stock sales, buying a substantial group of mares to improve their breeding program in the hopes of producing more Louisiana-breds of the same quality as No Parole and The Great One. They purchased 13 mares at Keeneland and two more at Fasig-Tipton through bloodstock agent Andrew Cary. Their purchases were topped by a trio of $500,000 mares in Miss Hot Legs (Verrazano, KEENOV)–a half-sister to champion Swiss Skydiver (Daredevil); the well-bred Contributing (Medaglia d'Oro, KEENOV), who was in foal to Speightstown; and Prado's Sweet Ride (Fort Prado, FTKNOV), who was carrying a foal by Justify.

This was a good investment year for us because they changed the breed-back rules in Louisiana to give us more flexibility for breeding out of state,” Myers said. “The stallion quality in Louisiana is not very high. The previous rules required you to breed [to a stallion] in the state every other year, which really limits the quality of mare you can buy. That rule change really gave us the opportunity to buy some high-quality mares.”

He continued, “This year we are breeding all of our mares to Kentucky stallions. I think this rule change will result in stud farms having to bring higher quality stallions into the state. In the future, we may breed some mares in Louisiana, but we will definitely breed most of our mares in Kentucky.”

With representatives like The Great One and No Parole on the racetrack and an influx of new bloodlines from the November Sales, the Myerses will have the racing world giving Louisiana-breds a much harder look in the future.