Home » Archive » Shared News » The French Connection: How Jockey Mickaelle Michel Is Making Her Mark In The U.S.

The French Connection: How Jockey Mickaelle Michel Is Making Her Mark In The U.S. 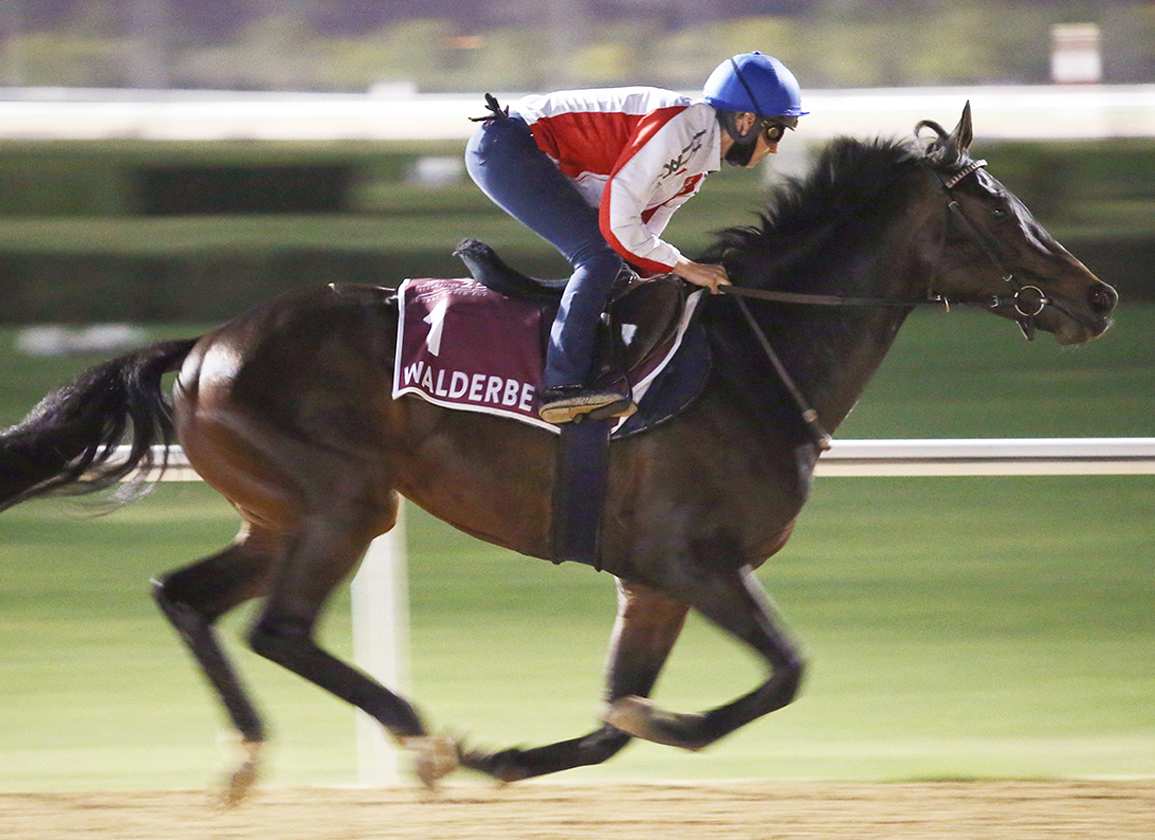 Only one week removed from Hollie Doyle's barrier-breaking success in the G1 Prix de Diane, another young female jockey with French connections has landed in the United States to try her luck.

Mickaelle Michel's journey with horses started as many young horse girls do.

“From my younger age, I loved horses,” the 26-year-old said. “When I was 14, I knew I would like to work with them but I didn't know exactly which job. So I checked the internet and found a jockey school close to my house. I said, 'I'll try one week, just one week to try the job.' And I fell in love.”

That passion has sparked an international journey that has led Michel from France, to Japan, to Saudi Arabia, Italy, and finally, the United States.

“My French agent [former jockey Frederic Spanu] told me it's really important to travel so I can learn and see something new. Because every horse racing tactic is different in every country,” Michel said.

Michel found quick success in France, winning a total of 72 races and capturing the 2018 leading apprentice jockey award. Despite that success, including topping the Cagnes-sur-Mer winter flat meeting, Michel was ready for new and exciting opportunities abroad.

“In 2019, they [Japan] asked me if I want to come for a championship [the World All-Star Jockeys Challenge],” she said.

Michel wound up winning one of the contest races and finishing third overall in the challenge. That third-place finish allowed her to get a short-term license in Japan for two months in 2020 where she would go on to break the record for number of wins by a foreign jockey on a short-term license.

But, as everyone knows, plans in early 2020 were subject to change.

“During my trip to Japan, I had to go back home because everything was canceled,” Michel said.

Her change in plans wound up having a silver lining, as she was introduced to her first group winner, Walderbe (Ger) (Maxios {GB}), whom she rode to success in the G2 Gran Premio Del Jockey Club S. in October of 2020.

“It was not really that bad for me because I found a very good horse who I won my first group race. So maybe, if COVID hadn't come around, I would've missed that,” she said.

After tasting success in Europe and Japan, Michel was eager to make another change.

“My French agent had talked to me about the United States from the beginning,” she said. “I have a good riding style for the U.S., but Japan asked me first so we put that to the side and said we'll go to Japan. But with the Japanese border still closed to me at the beginning of 2022, I thought, maybe it's a nice time to move to the U.S. because now I am already experienced. So we made the decision to come.”

Adjusting to life in the United States has been a welcome relief from the strict structure of French racing. Speaking of her first impressions of the tracks and racing culture here, she said, “It's very different from France. Everyone here is very nice and more open-minded. It's easier to speak with famous trainers in the United States. Even if you don't work for them, it's still nice that everyone is open. You can come out every morning and say 'I would like to work with you'. The training is a little bit different because I have to learn the clock but, I'm really happy and it's been very nice.”

Michel's career in the U.S. began May 26 at Churchill Downs when her mount, Good Measure (Smarty Jones), took second in an allowance race for trainer Graham Motion. In the weeks since, she has ridden for trainers such as Jack Sisteron, Robert Gorham, and Mike McCarthy while riding at Churchill Downs, Belterra Park and Horseshoe Indianapolis.

“Good Measure was the first horse I rode in the U.S.,” Michel said. “She's in really good shape. I rode her a few days ago and she looks very good so I look to have a good result like the first time”

Scheduled for two rides initially June 24 but scratched down to just the one, Michel again rode Good Measure to a runner-up effort in an allowance race at Churchill Downs. She makes her next start for trainer Mark Casse on June 29, riding Janis Joplin (California Chrome) in a maiden special weight contest at Churchill.