The Brilliant Guarana and Her Dam Magical World at Fasig-Tipton 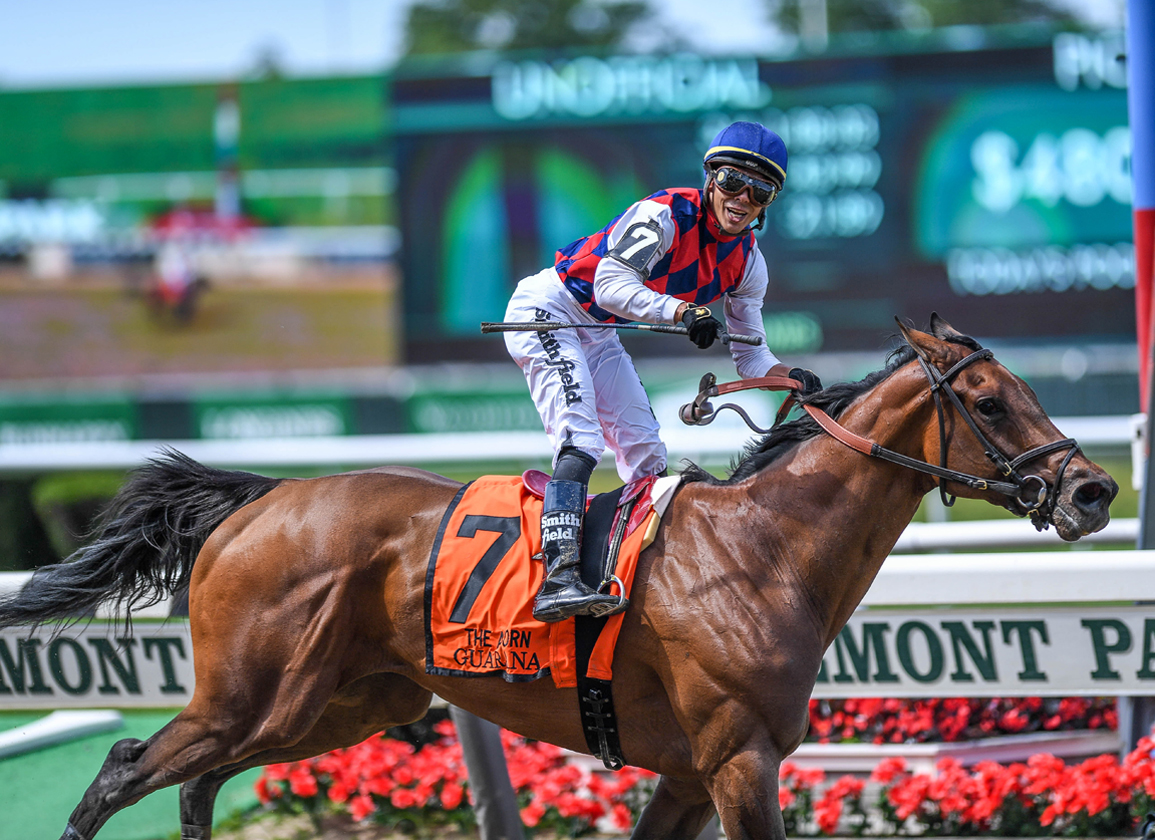 An elite group of broodmares owned in partnership by Three Chimneys Farm and Hill 'n' Dale Sales Agency will go through the ring at the upcoming Fasig-Tipton November Sale on Nov. 9. Among them, Grade I winner Guarana (Ghostzapper – Magical World, by Distorted Humor) and her dam Magical World (Distorted Humor – Pleasant Home, by Seeking the Gold) offer a rare opportunity for buyers on the 'Night of the Stars.'

“I've been doing this a long time and I don't ever recall having an opportunity to offer a mother and a daughter of this quality together at the same sale,” said Fasig-Tipton's Boyd Browning.  “Both mares are highly desirable collector's items in their own right. Both mares are in foal to Into Mischief, the leading sire in the United States again in 2021. It's a very, very unique opportunity.”

“I was pretty impressed with her,” he recalled of the Phipps Stable homebred. “She ran second, got beat by half a length, and I tracked her from that time on. It was a year and a half later that the opportunity to buy her privately from the Phippses came up and when you get a chance to buy into one of their great families, you jump at it.”

Magical World first produced a winning son of Awesome Again and then was bred to Ghostzapper. The resulting filly, Cauthen said, was an eyecatcher from the start.

“Guarana was a very athletic, strong filly and was sort of a barn favorite,” Cauthen explained. “The managers all liked her and when I would come every month or so and look at her, she got better and better and better. It took her a while to get through her training, but once she got to the track, it was lights out.”

“It doesn't really get better than that,” Cauthen said. “She propelled herself forward so powerfully that she just out-manned her competition. [She showed] brilliance and speed, winning Grade Is at seven furlongs, eight furlongs and a mile and an eighth.” 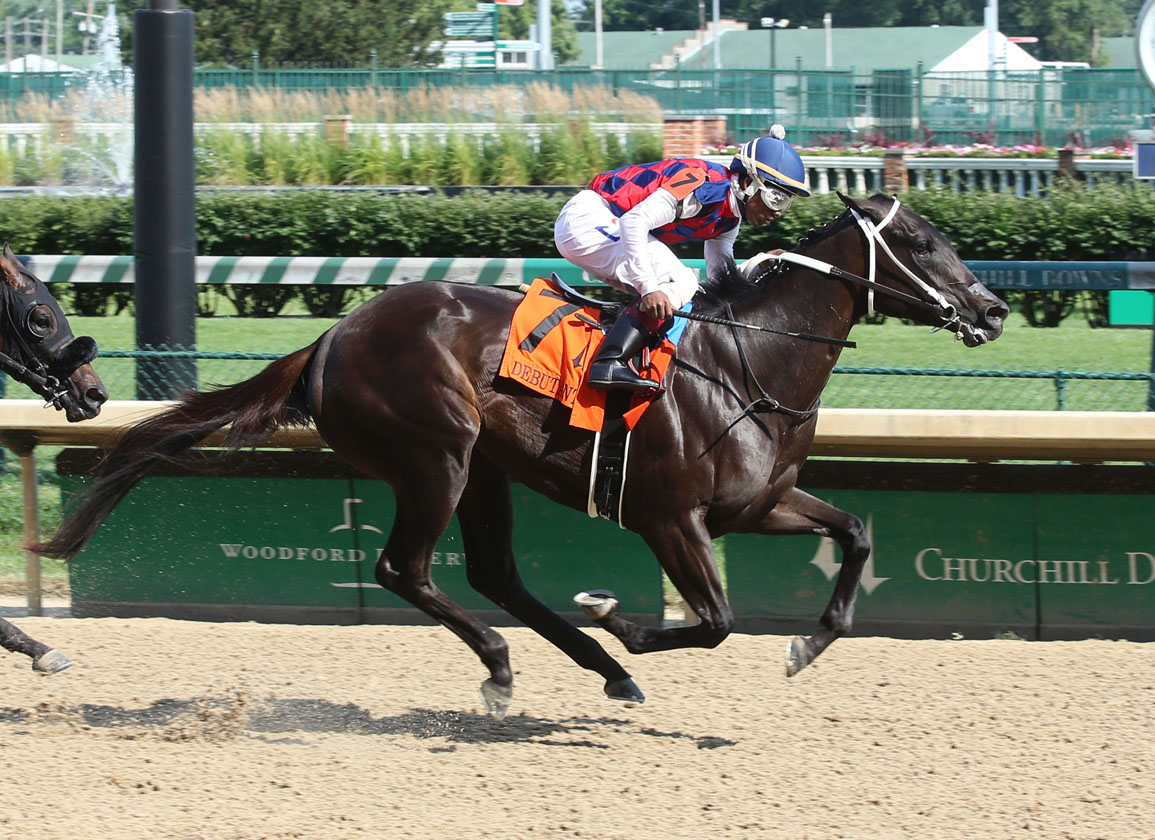 Magical World's next foal Magic Dance (More Than Ready) followed in her sister's footsteps when she too became a 'TDN Rising Star' and then claimed the Debutante S. as a juvenile.

The mare's  only foal to have gone through the sales ring to date, a colt by Pioneerof the Nile, brought $2.1 million at the 2019 Keeneland September Sale. Now named Beatbox, the 3-year-old broke his maiden this month for Chad Brown.

Magical World did not produce a foal in 2019, but she now has yearling and weanling colts on the ground.

“Her Gun Runner yearling is an exceptional-looking colt,” Cauthen said. “He's being retained by the partnership to go to the next level. Then she has a super Quality Road weanling on the ground. She just keeps throwing these great physicals, so it's hard to beat.”

According to Cauthen, Magical World's consistency in producing quality physicals is key to her success as a broodmare.

“I think she produces great physicals because she is a great physical,” he said. “She's got the speed of Distorted Humor in there, but a lot of scope and stretch that came from the dam side. I think quality is the thing that's hard to reproduce and she does it time and time again. It's hard to find that kind of mare and she's definitely special.”

“Magical World is one of those once-in-a-lifetime mares in terms of what she's already accomplished,” Browning added. “She has

produced both runners and sales horses and is still very, very young. Now you've got a combination of daughters underneath her that are going to the very best stallions in the world as well. So you've got an amazing pedigree with really unlimited potential to continue to develop.”

Magical World will sell as Hip 203 at the Fasig-Tipton November Sale. Both she and her Grade I-winning daughter, who sells as Hip 182, will go through the Hill 'n' Dale consignment.

“Magical World is a mare with her entire future in front of her,” he said. “She's the kind of mare that could be a broodmare of the year. She inherits the quality from her pedigree and certainly produces foals that have extreme ability and are conformationally flawless. Guarana has enormous breed-shaping ability as far as her brilliance on the racetrack, and her depth of pedigree traces back to some of the most significant dirt runners of the past 20 years.”

Guarana's brilliance, Sikura said, is what comes to mind when he looks back on the millionaire's career.

“Her first race was brilliant,” he said. “She won off the charts and was a 'TDN Rising Star.' Then she ran back in the GI Acorn S. It was highly unusual to take a filly who had just broken her maiden and run her back in a very deep, significant Grade I. But she won by six lengths, beating Serengeti Empress (Alternation), who was a brilliantly fast and determined mare.”

Guarana's sizzling 1:33.58 final time in the one-mile contest proved to be a stakes-record performance. From there, the speedy filly took the GI Coaching Club American Oaks and was second to Street Band (Istan) in the GI Cotillion S. Returning at four, she added another win to her resume over allowance company at Churchill Downs before winning the GI Madison S. in a near race-record performance in her final career start.

“The brilliance she demonstrated [in the Acorn S.] was remarkable in just her second start,” Browning said, reflecting on Guarana's five-for-six career. “But she also demonstrated her versatility. She won Grade Is at seven, eight and nine furlongs, so it wasn't like she was one dimensional. She literally could do it all and she displayed brilliance virtually every time she stepped onto the racetrack.” 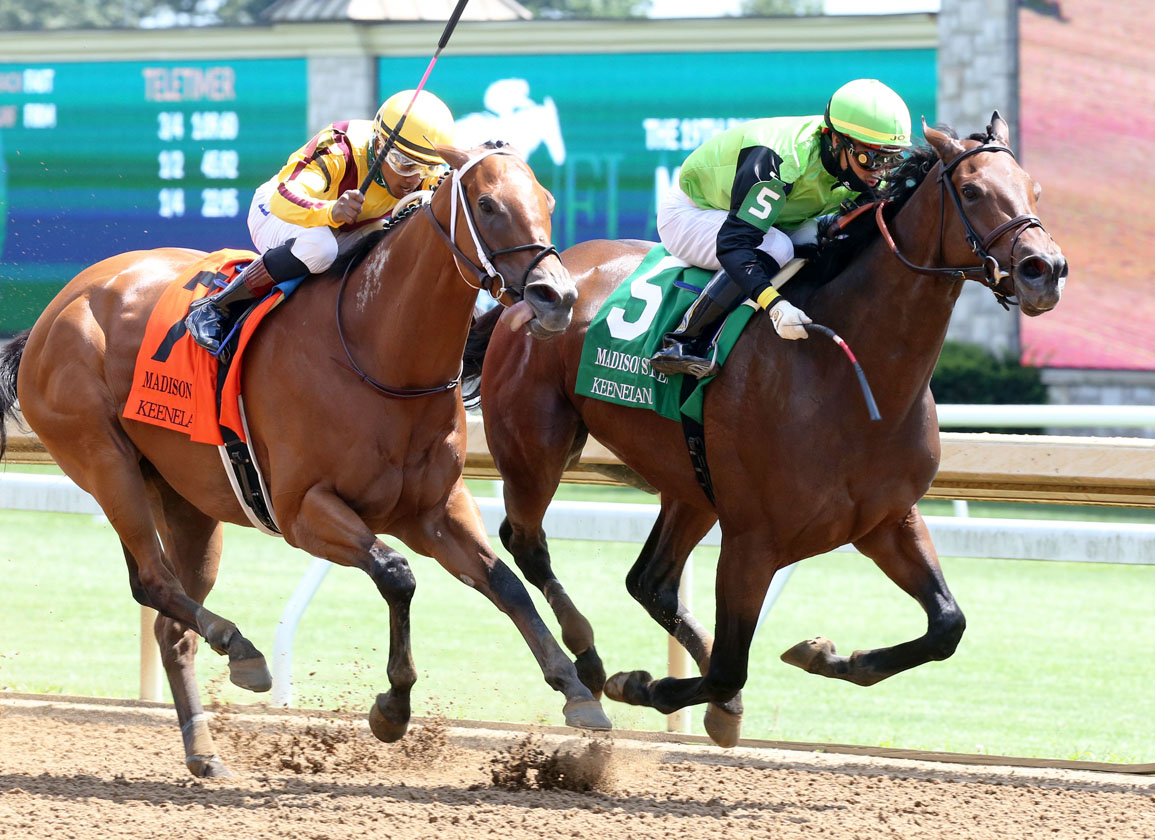 Along with her brilliance and versatility, Sikura explained that Guarana's pedigree will be another asset to her ability as a broodmare in terms of the number of influential broodmare sires across her page.

“If you look at every broodmare sire on her page, from Ghostzapper to Pleasant Colony to Distorted Humor, it's influential beyond the norm with highly successful broodmare sires. Much like some sire lines are prepotent and continue through generations, female families are the same way. They beat all the metrics as far as the standard norms of breeding, so the future is immensely bright for this entire family.”

“The pedigree opportunities are really unique,” Browning said of the duo. “You've got one mare by Distorted Humor who has proven to be an unbelievable broodmare sire and then you've got another by Ghostzapper, who would arguably be one of the most desirable young broodmare sires in the world. You combine that with the depth of pedigree where you've got champions all over the world in these two pedigrees, and it's pretty special.”

The cross of Into Mischief with Distorted Humor has already proven to be highly successful with the likes of Grade I winner and sire Practical Joke as well as the talented current graded stakes performer Life Is Good.

“We bred these mares to the best sires available and I think it's a great mating for Guarana and her dam,” Sikura said. “Guarana is carrying a colt, so the sky is the limit and anybody that's very serious on a global scale will be looking for her attributes when they go shopping this November.”

For Three Chimneys, Cauthen said the farm is proud to be offering two superstar mares who have brought eyes upon the Three Chimneys breeding and racing program.

“Whenever a farm wants to be a leader in the business and can prove that they've produced top-level horses like Guarana, it says that the plan is working,” he explained. “For us advisors, we're just happy when the results work out because it's not a one-person thing, it's a 50-person job. From the Torrealba family down to the grooms that work so hard to take care of these horses, it shows that the system is working.”

Take a look at our 'Spotlight on the Night of the Stars' series here.