The Bigger Picture Of Inbreeding 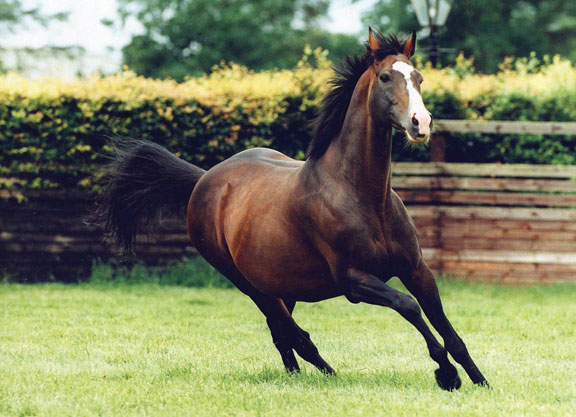 Inbreeding to successful sires can become unavoidable at times when there is a strong run on a very successful stallion and his sons. Just look at what has happened in Australia with Danehill. And Sadler's Wells presents a similar challenge in Europe. There is no evidence that commercial buyers pay much attention to whether a prospective purchase is closely inbred. As long as they tick all the other boxes, it hard to imagine them walking away on account of a foal or yearling carrying duplicate lines of a preeminent sire like Sadler's Wells. And when a great mare like Enable arrives on the scene, with 3×2 inbreeding to the great Coolmore sire and carries all before her on the racecourse, it almost becomes a moot point.

But the facts say otherwise.

There is strong statistical evidence to suggest that close inbreeding produces inferior racehorses. The basic figures set alarm bells ringing: there have been 2,821 Northern Hemisphere-foaled runners with close inbreeding to Sadler's Wells and only 76 or 2.7% have become stakes winners. Horses closely inbred to Danehill, meanwhile, include 116 stakes winners from 4,711 runners–or 2.5% in Australia–and 48 stakes winners from 1,309 runners (3.7%) in the Northern Hemisphere. None of these figures are in the least bit impressive. Moreover, given there have been so many runners carrying close duplicates of both stalwarts, it's surprising that the highest-rated horse inbred to Danehill in Australia has a Timeform rating of only 124, while the best Northern Hemisphere product is rated 118. And Enable (Timeform 134) is the only Sadler's Wells inbred with a Timeform mark better than 123.

But the strongest evidence can be seen when we narrow it down to the progeny of individual sires. There are 22 Northern Hemisphere stallions each with at least 30 runners closely inbred to Sadler's Wells–that is with at least one or more duplications appearing with the first three generations. Collectively these 22 sires have had 977 runners with Sadler's Wells inbreeding. Among the group are 50 stakes winners which amounts to a strike rate of 5.1%. However, when we aggregate the remaining runners by the 22–those without a Sadler's Wells duplication – we find 817 stakes winners from 9,899 runners or a far superior strike rate of 8.3%.

It's the same story with Danehill. Using his Southern Hemisphere foals to illustrate the point, we can deduce that the 19 stallions with 50 or more runners inbred to Danehill also have a higher cumulative strike rate among their non-inbred runners: 6% versus 4.4%.

There are, of course, exceptions to every rule and statistically some sires' numbers are not adversely affected if carrying close duplications. The great Galileo has sired 11 stakes winners from 52 runners inbred to his sire which produces an excellent strike rate of 21%, higher than the 17% for his non inbreds. That said, none of his many outstanding racehorses carry inbreeding to Sadler's Wells, his best being the 123-rated Cliffs Of Moher. In Australia, the sire bucking the trend is Zoustar, who has seven stakes winners–over half of all his total–from 57 runners inbred to Danehill, a magnificent strike rate of 12.3% and they include his star Group 1-winning filly Sunlight. Of course it helps that Danehill is in Zoustar's third generation, ensuring there are no 3x3s to Danehill among his progeny.

These outliers are just that, however, and there is no getting away from the fact that the evidence seems to suggest that close-up duplications in a pedigree tend to lead to inferior racehorses. 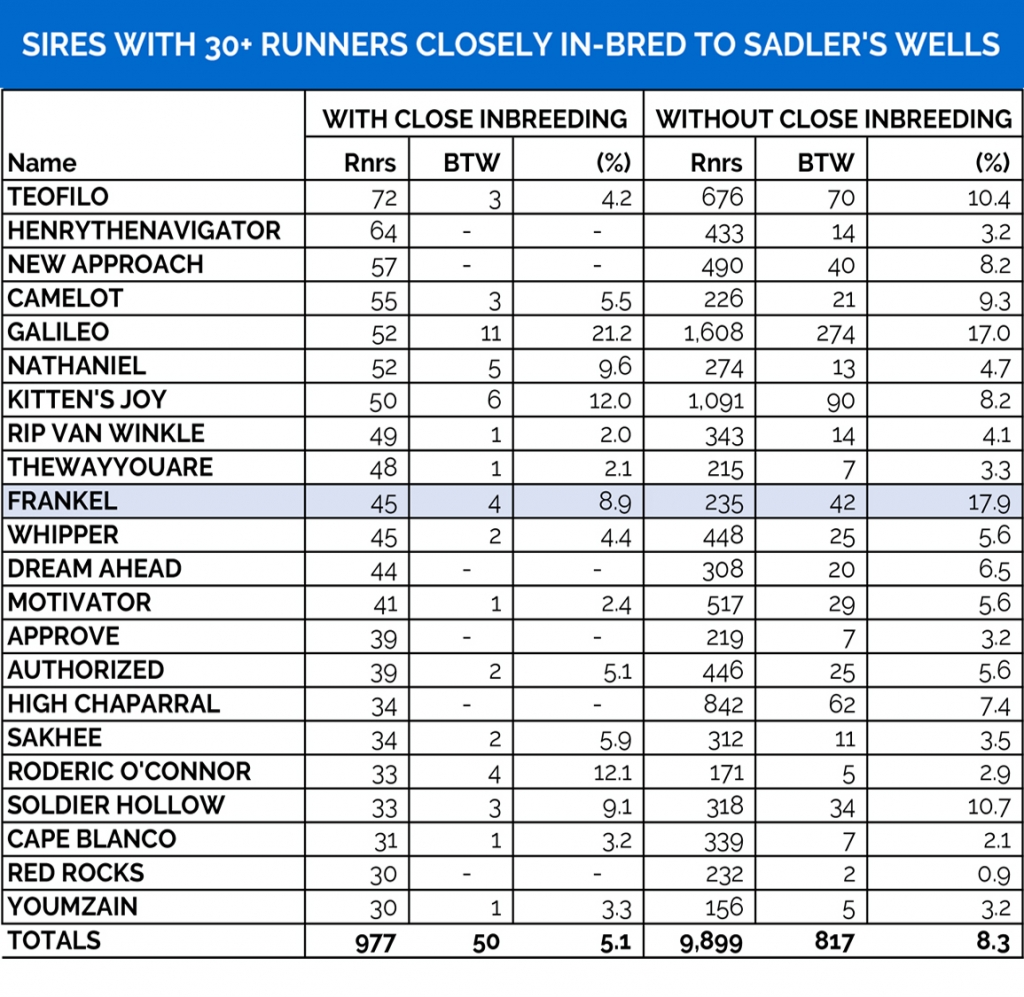