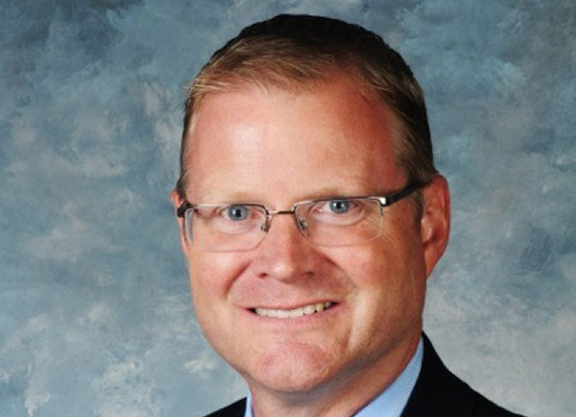 Damon Thayer, a former Breeders' Cup executive who is now the majority leader of the Kentucky Senate, continued to beat the drum Thursday for a return of racing in his state. In an interview with the TDN, he said he sees no practical reason why racing, without spectators in the stands, cannot resume within the next few weeks and warned that keeping the tracks closed indefinitely would create serious economic problems for the sport.

“Staggering and potentially cataclysmic,” he said when asked to predict the impact of racing in Kentucky staying closed through the summer. “Everything is driven by purse money. If we can't start getting the purse money back into the hands of owners and trainers and their employees, it's going to have a long-term effect that gets worse with each day we go without racing.”

There has been no racing in Kentucky since Turfway Park last ran Mar. 21. Keeneland subsequently canceled its spring meet and there is no timetable for Churchill Downs to begin its meet, originally scheduled to kick off Apr. 25. The tracks are not able to race because Kentucky Governor Andy Beshear has declared racing a non-essential business, which means the tracks must stay closed while the state is under stay-at-home orders.

When the possibility of opening the racetracks came up at Beshear's Apr. 3 news conference, he made it clear that he did not consider that to be a priority.

“My answer is that it's going to take as long to defeat this virus as it takes,” he said of allowing the tracks to race. “We are talking about some term of months and we're not talking about some term of years. The moment we believe it is X days away is the moment people start relaxing on social distancing. We see the spike and ultimately we lose more people because of it.”

Thayer has called on the governor to reconsider, as he believes Kentucky can follow the lead of states like Florida and Arkansas that have allowed the sport to continue even though the coronavirus has not been contained.

“In general, I was the first Republican to speak out last week urging the governor to start talking about a plan to re-engage businesses on a gradual basis,” Thayer said. “Obviously, with my interest in and knowledge of racing, that was one of the industries I chose to focus on. Every weekend, I am watching national television networks show racing from other states with no spectators. It is such a critical part of our economy here, I would like it to be one of the first businesses to get going again. It's clear that what they are doing in Arkansas and Florida and other states can be done here. They are without spectators and are using social distancing and approved CDC protocols. I just don't see why we can't have a plan to get going again in a couple of weeks.”

Thayer speculated that mid-May would be a good time for Churchill to start the spring meet.

“If Churchill Downs can open the barn area at end of month and stage the return of horses from Florida, Louisiana and Arkansas plus the horses that are at Turfway, I don't see any reason why they can't be racing again in the middle of May,” Thayer said. “It would be such a jolt to the economy and also good for our psyche here in Kentucky because there's no doubt this shelter-at-home order is having an effect on people's mental heath, as well as our financial health. I am concerned about both. Now that we are clearly flattening the curve, we can do this in Kentucky. I think Churchill Downs and the horsemen are quite capable of doing this.”

As of Wednesday, 2,291 Kentuckians had tested positive for the coronavirus and 122 had died. The Institute for Health Metrics and Evaluation, based at the University of Washington's School of Medicine, is estimating that the number of COVID-19 deaths in the state will peak Apr. 25.

Thayer is aware of those numbers, but argues that since a large number of employees must care for the horses during morning training hours, the added dangers of racing are minimal. The Stronach Group has used the same argument when campaigning to have its two California racetracks, Santa Anita and Golden Gate Fields, re-opened.

“There are more people at racetracks to make morning training hours work than they need to make live racing work,” Thayer said. “I hope [Beshear] understands that and I hope his friends in the racing industry are trying to communicate that to him.”

Though Thayer is one of the most powerful politicians in the state, there's only so much he can accomplish by taking up the cause of re-opening the racetracks. Thayer is a Republican and admits that he does not have a good relationship with the Democratic governor and does not have an open line of communication with him.

“I do know that his father [former Governor Steve Beshear], who I worked closely with, was a pro-racing governor,” he said. “I don't have a very close working relationship with Andy Beshear. When he was the attorney general we did not have a good working relationship with him and that has carried over into his governorship. I have tried to be publically complimentary of the job he is doing while offering gentle encouragement to get racing in particular and our business economy in general going again. I hope he sees that this is something that can be done and can get going again in a few weeks.”

Thayer said it was unlikely he would be able to speak to Beshear about his concerns for the racing industry.

“I'd be delighted to talk with him or meet with him,” Thayer said. “He does not have a great working relationship with the Republican supermajorities in the House or the Senate. He hasn't said anything to us about this in nearly a month. He doesn't keep us up to date or brief us. We are left to using traditional and social media to try to get our message out.”