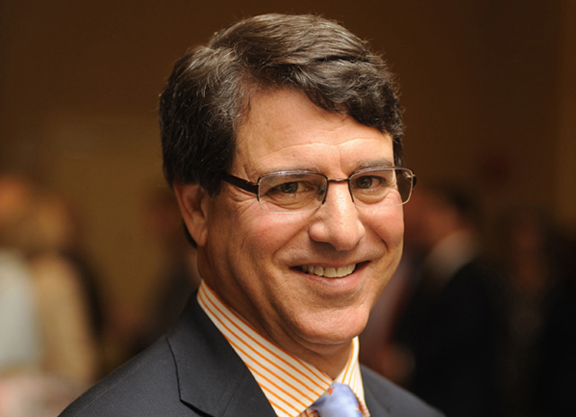 Normally, the TDN Writers' Room podcast presented by Keeneland aims to touch on a wide variety of industry issues every week. But there was only one story worth discussing this week, so the writers broke down every angle of the explosive controversy surrounding Bob Baffert and the failed drug test of GI Kentucky Derby winner Medina Spirit. They also welcomed Thoroughbred Horsemen's Association Chairman and CEO and prominent industry lawyer Alan Foreman as the Green Group Guest of the Week to talk about what happens now for Baffert from a legal standpoint.

“I think it's important for people to understand that there are two layers here,” Foreman said about the fallout of this week. “This is a state regulatory matter and the regulation is done by the Kentucky Horse Racing Commission. What Churchill Downs did [banning Baffert from the entry box] was more of a public relations stand to protect the Kentucky Derby brand that they covet. Tracks have the common law right to exclude anyone they want, but when you're dealing with licensees, it isn't as broadly based as you would think it is. There's quite a body of law with respect to the exclusion of licensees and what should be appropriate circumstances. The question here legally would be if Bob Baffert and his team wanted to challenge it, whether Churchill Downs really has the right to do so under the circumstances. This is a routine medication violation. If they're going to ban Bob Baffert, do you ban every horseman who has some medication violation?”

Asked about the frequent public appearances by Baffert to talk about a situation that's still being litigated, particularly his revelation Tuesday that Medina Spirit was treated with a cream that contained betamethasone, Foreman said, “I don't know what their strategy is. I don't know if this is what Bob wanted to do or if he was under advice to do it. The information that came out [Tuesday] changes the whole landscape. The first thing that you do if you're a trainer and you're notified of a positive test, is ask your personnel and veterinarian, do we have betamethasone in the barn? You would know that fairly quickly, you wouldn't know it 48 to 96 hours after the fact. You certainly wouldn't go on television and say, 'I don't use the stuff. We don't have it in the barn. I don't know how it got there. It's everybody else's fault.' That's basic stuff. So the strategy makes no sense to me and I certainly wouldn't counsel my clients that way.”

Elsewhere on the show, which is also sponsored by West Point Thoroughbreds, the Minnesota Racehorse Engagement Project and new sponsor Legacy Bloodstock, the writers called out the decisions and behavior that led to the embarrassment this past week has brought racing, debated what can be done now and reacted to the decision to allow Medina Spirit's entry in the Preakness. Click here to watch the podcast; click here for the audio-only version.