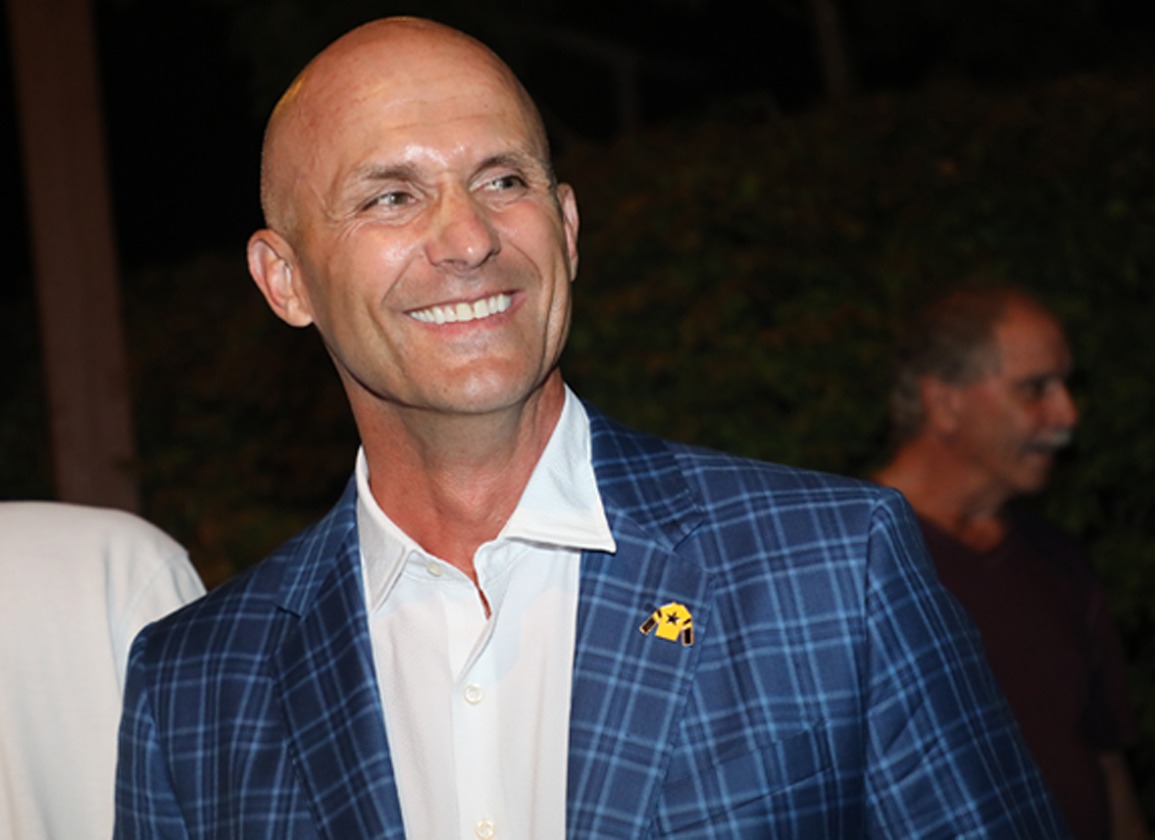 The long-anticipated return of undefeated superstar Flightline draws more excitement by the day, especially now that the John Sadler-trained son of Tapit has arrived at Belmont Park in preparation for Saturday's GI Hill 'n' Dale Metropolitan H. Terry Finley, whose West Point Thoroughbreds campaigns Flightline along with Hronis Racing, Siena Farm, Summer Wind Equine and Woodford Racing, has been counting down the days until the Met Mile for quite some time. Finley joined this week's TDN Writers' Room presented by Keeneland as the Green Group Guest of the Week to chat with hosts Joe Bianca and Bill Finley about the upcoming showdown between Flightline and his top competitors.

“When you think about the race on Saturday, it's not a gimme,” admitted West Point's President and CEO. “I wish it was, but it's not. They don't give million-dollar races away for free. We've got other Grade I winners in there including Breeders' Cup Champion Aloha West (Hard Spun) and Speaker's Corner (Street Sense), who is one of the most talented horses that we've seen in a while. We're going to have to show up in a big way on Saturday. I think we will but man, it's going be a heck of a race.”

Asked about where Flightline could wind up next assuming all goes well in the Met Mile, Finley could not give a definitive answer.

“I really have not posed that question to anybody in the partnership or to John Sadler,” Finley said. “I know John has been thinking about it. I've always thought John was a great trainer and a great person, but to see him perform over the last 18 months has been otherworldly. Obviously he's thinking about either Del Mar or Saratoga and I'll leave it up to him because he has made the right choice step after step after step. We'll put our trust and our confidence in John and his team to do the right thing by this horse.”

Elsewhere on the show, which is also sponsored by Coolmore, Lane's End, XBTV, the Kentucky Thoroughbred Owners and Breeders, West Point Thoroughbreds and Legacy Bloodstock, the writers previewed the GI Belmont S. and the rest of Saturday's card at Belmont, but lamented the small field sizes in some of the day's most prestigious races. Click here to watch the show; click here for the audio-only version or find it on Apple Podcasts or Spotify.