Tepin Simply Too Good at Tampa 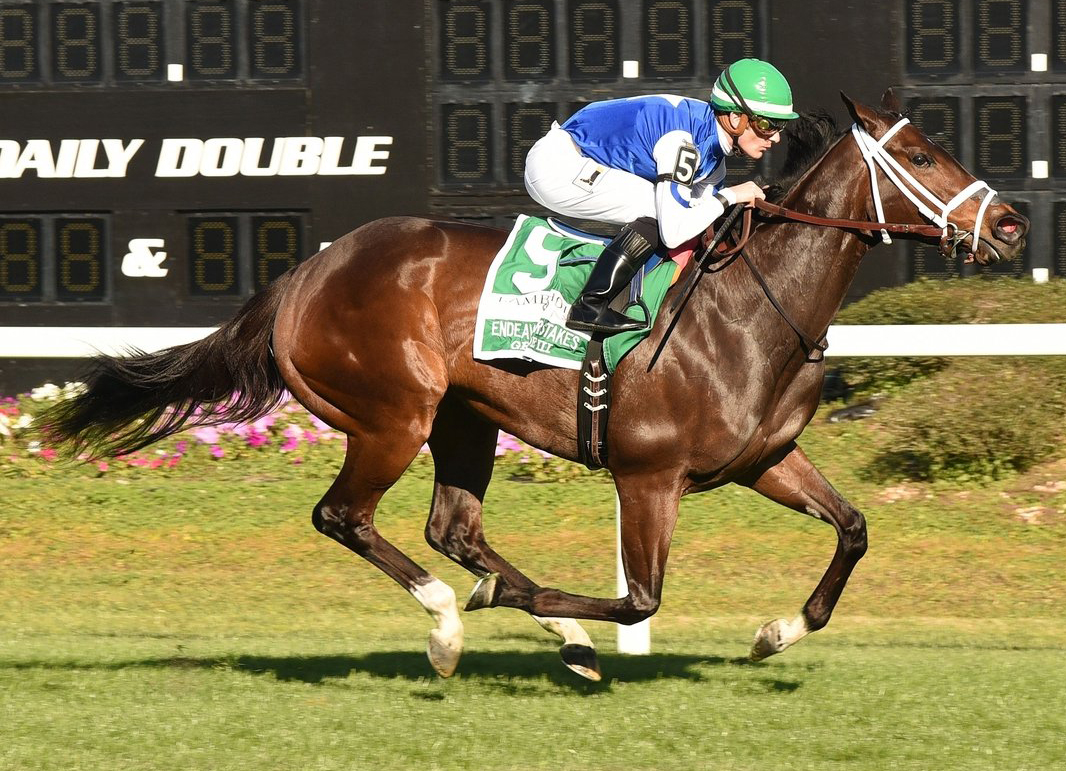 She's back. Champion grass mare Tepin (Bernstein) picked up right where she left off with a tour de force in Saturday's GIII Endeavour S. at Tampa Bay. Placed in a tracking second through fractions of :24.19 and :50.17, the GI Breeders' Cup Mile heroine was waiting for her command as regular rider Julien Leparoux looked like a statue in the irons as they straightened for home. A brief shake of the reins was all it took and she was immediately on her way to a facile 3 1/2-length decision as the 1-5 chalk over Lady Lara (Ire) (Excellent Art {GB}).

“These are once-in-a-lifetime horses,” winning owner Robert E. Masterson said. “I've had a lot of graded horses, but this one, she's a champion and she is just special. We know her so well–when they let her go out in [:50.17 for the half-mile], it was like, you're not going to catch her down the lane. She is just too fast.”

In addition to her jaw-dropping aforementioned 2 1/4-length tally over the boys when last seen in the Breeders' Cup at Keeneland Oct. 31, Tepin also captured the GII Churchill Distaff Turf Mile S. May 2, the GI Longines Just a Game S. at Belmont June 6 and GI First Lady S. at Keeneland Oct. 3.

“It was good when she got away with a slow pace,” trainer Mark Casse said. “That is what is so great about her. Julien [Leparoux] can kind of do whatever he needs to do–if they're running fast, he'll sit back, and if they are running slow, she'll relax. You're always nervous coming back, but she's back. The ultimate goal is the Breeders' Cup at the end of the year, but our first major goal with her is the [GI] Maker's 46 Mile at Keeneland [April 15]. She kind of likes Keeneland. That will be against the boys, so I think we'll try them again.”