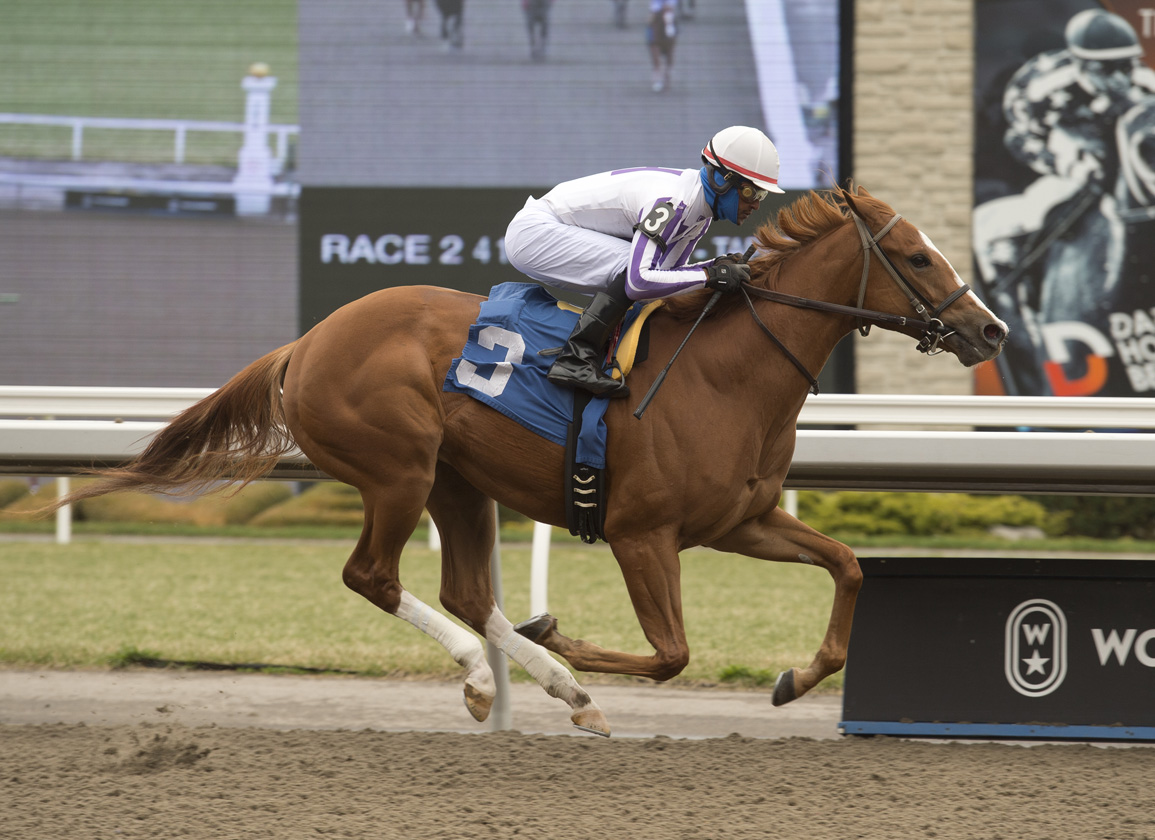 This week shed tears of sadness as we bid farewell to a fan favorite, and enjoyed a tonic of elation as we regaled a historic riding double and the newest 'Star' on the horizon. Break out the tissues for the sensitive souls, and join us as we reminisce careers, and revere achievements.

Botta Bing, Botta Swing–to Rising Stardom…
If there was a louder and prouder way to declare one's talent to the world, 'TDN Rising Star' Botta Swing (Not This Time) came close to topping it. Continuing her sire's hot streak, the filly was in such a hurry on debut that she not only spanked the boys in the field but lowered the track record in the process. That's some razzle dazzle for a $160,000 KEESEP dream.

The Doyler…
Jockey James Doyle enjoyed a memorable weekend winning the 2000 Guineas (Godolphin's Coroebus) and 1000 Guineas (Highclere's Cachet) at Newmarket. It was the fifth time that a jockey had completed the double in the same year since 1967: Ryan Moore (2015), Kieren Fallon (2005), Lester Piggott (1970) and George Moore (1967).

If it isn't baroque, don't fix it…
Spectacle and movement are but two aspects of a painting style heavily influenced by the great artist Caravaggio and now the namesake stallion has offered interpretations of his own. With three 'Rising Stars' —one of whom named after the artist's favorite technique— and winners in Europe, America, Japan, and now Hong Kong, the sire's influence is similarly spreading.

RIP Dortmund…
We were sad to learn recently that Dortmund (Big Brown) passed away at Korea's Great Hill Farm. Dortmund was a brilliant and imposing racehorse, who won his first six starts for Kaleem Shah and trainer Bob Baffert, including the 2015 GI Santa Anita Derby and 2014 GI Los Alamitos Futurity. He retired with a record of 16-8-2-2 and earnings of $1,987,505.

The $18-Million Stallion?…
Offered as the final hip at Friday's Keeneland April Horses of Racing Age Sale, a share (2.5% fractional interest) in Airdrie Stud's Upstart was hammered down for $450,000 to Mike Freeny, who operates Dunquin Farm in Paris, Kentucky, with his wife Pat. By those figures, it values the young stallion at a cool 18 mill. Get out the bubble wrap, Bret, Ben and team!