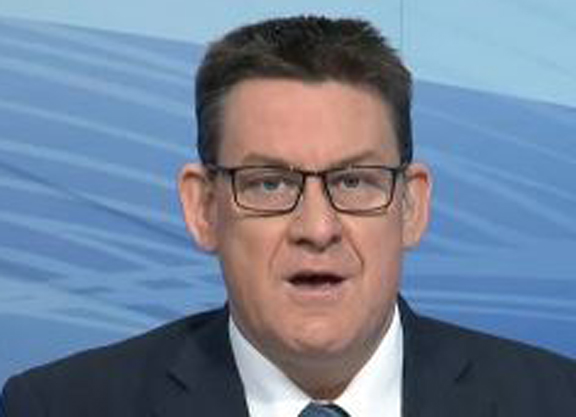 After beginning his commentating career by calling the greyhounds in his hometown Adelaide, South Australia, the 46-year-old relocated to Tasmania in 2002, where he broadcast all codes of racing on radio and television. Davis joined the Singapore Turf Club in 2005, but Hong Kong came calling the following year and his Club responsibilities began with the Hong Kong International Races in 2006. He became the number one racecaller for the Club with the departure of Darren Flindell to Sydney in 2015 and has also been a presence on many other multi-media projects, including the racing preview programme ‘Racing To Win.’

Davis graciously took time out of his very busy schedule to speak with TDN Managing Editor Alan Carasso as the 2019 Longines Hong Kong International Races loom to reflect on his time in and some of his memories of Hong Kong.

Alan Carasso: It all comes full circle for you, as you began your Hong Kong career during HKIR week in 2006. What are some of the more memorable HKIR performances you have witnessed?

Brett Davis: I only arrived at the end of Silent Witness’s career and called him twice before he retired, but Sacred Kingdom (Encosta de Lago) was the best sprinter I’ve ever seen. He won the Sprint twice, but his 2007 Hong Kong Sprint was amazing, he went from near the tail in a sit-sprint tempo to win by nearly three lengths being eased down. I’m confident his top speed when in full flight (if clocked by a speed camera) was unrivalled at the time and maybe even to this day. A horse with an astonishing turn of foot and ultimate maximum speed.

A lot of track records and course records have been matched or surpassed in the last few seasons because of change in the track preparation in my opinion, but Sacred Kingdom’s 1200m record still stands at present. Some other great performances have come from Good Ba Ba, Lord Kanaloa (Jpn), Snow Fairy (GB), Highland Reel (Ire), Able Friend (Aus) and Beauty Generation (NZ).