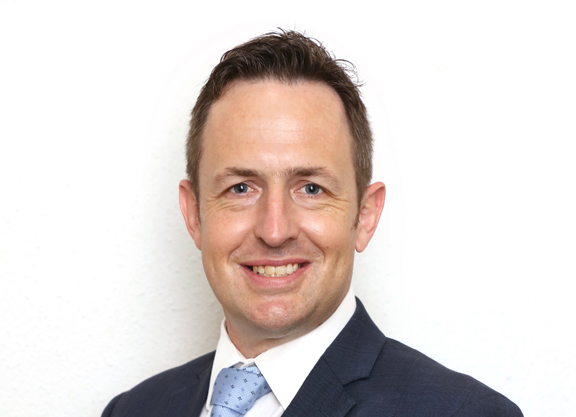 Having broken into the racecalling business nearly a quarter-century ago, Mark McNamara has worked his way up from describing the action at Moruya in southeastern New South Wales in Australia to becoming one of the primary voices of New Zealand racing from 2009 to 2019. McNamara, now in his early 40s, returned for a short time to Australia, but the job of chief commentator for the Hong Kong Jockey Club came open in late 2019 when Brett Davis announced that he would be returning to Adelaide to take a similar position with the South Australian Jockey Club. McNamara jumped at the opportunity, taking over officially this past Mar. 1 and, in a veritable baptism by fire, was calling the BMW Hong Kong Derby just three weeks later, even if the quality and precision of that call suggested that he'd been at it for years (video). With better than seven months under his belt at the HKJC, McNamara is set to call the Longines Hong Kong International Races for the first time this Sunday. McNamara generously took time out of his busy schedule to field a handful of questions from the TDN's Alan Carasso.

AC: How excited are you to call your first Longines Hong Kong International Races?

Mark McNamara: Very excited, it's going to be a Longines HKIR like no other. Last year there were still 27,000 people on course, but this year it's going to be in the hundreds. It will be eerie, but the races are on, so I can't wait.

AC: Is there one race or one horse that you are looking most forward to?

MM: Definitely the clash between Golden Sixty (Aus) (Medaglia d'Oro) and Admire Mars (Jpn) (Daiwa Major {Jpn}) in the Mile. The respect factor for the Japanese horses is enormous, even more so when they travel. Admire Mars won it last year, of course, but he faces the 'golden boy' of Hong Kong racing this year who has that push-button speed. It has the potential to be the clash of the day.

AC: How did you get into commentating?

MM: It was something I wanted to do from a young age, so as you can guess, I was a bit of a weird kid, nothing much has changed there either! I was lucky enough to get a lucky break when I skipped school to go to Melbourne Cup day as a 15-year-old. This break led to calling the harness racing trials and very fortunately has gone on to become a life-long career.

AC: Are there colleagues in your line of business that you consider mentors or are there other racecallers that have influenced you?

MM: I was very fortunate coming through the ranks that I had help from a range of people who gave me a lot advice and mentoring. Without their help I'd still be working at McDonald's! My favourite race caller of all time, former Sydney race caller John Tapp, was a terrific commentator and an even better person. I did call a horse a wrong name at some harness trials as a 17-year-old and the trainer tore absolutely shreds off me for doing it. While it wasn't fun at the time, the message about getting it right certainly hit home that day.

AC: In your estimation, what makes a good commentator?

MM: A good memory is pretty important, also someone who can read a race well is a plus, never anticipate what you think may happen. The first piece of advice I give to anyone who asks about becoming a racecaller is just call what you see not what you think you see.

MM: The biggest challenges are the finish angles from the commentator's box at Sha Tin and Happy Valley. Sha Tin isn't too bad, but the position is still some distance prior to the line. Happy Valley  you are a long way before the winning post which makes calling close finishes tricky, the TV comes in handy for them.

AC: How have you adjusted to life in Hong Kong?

MM: We really enjoy it, it's a great city with so many things to do and see. You can be as energetic or as lazy as you want. The bucket list of things to do in Hong Kong is still quite long.

AC: Tell us one thing about yourself that would surprise people.

MM: I'm a massive plane nerd, I love aviation, even did half a private pilots license course, but failed a written test and never went back, it was like school all over again. Would love to be an air traffic controller if I wasn't calling races.