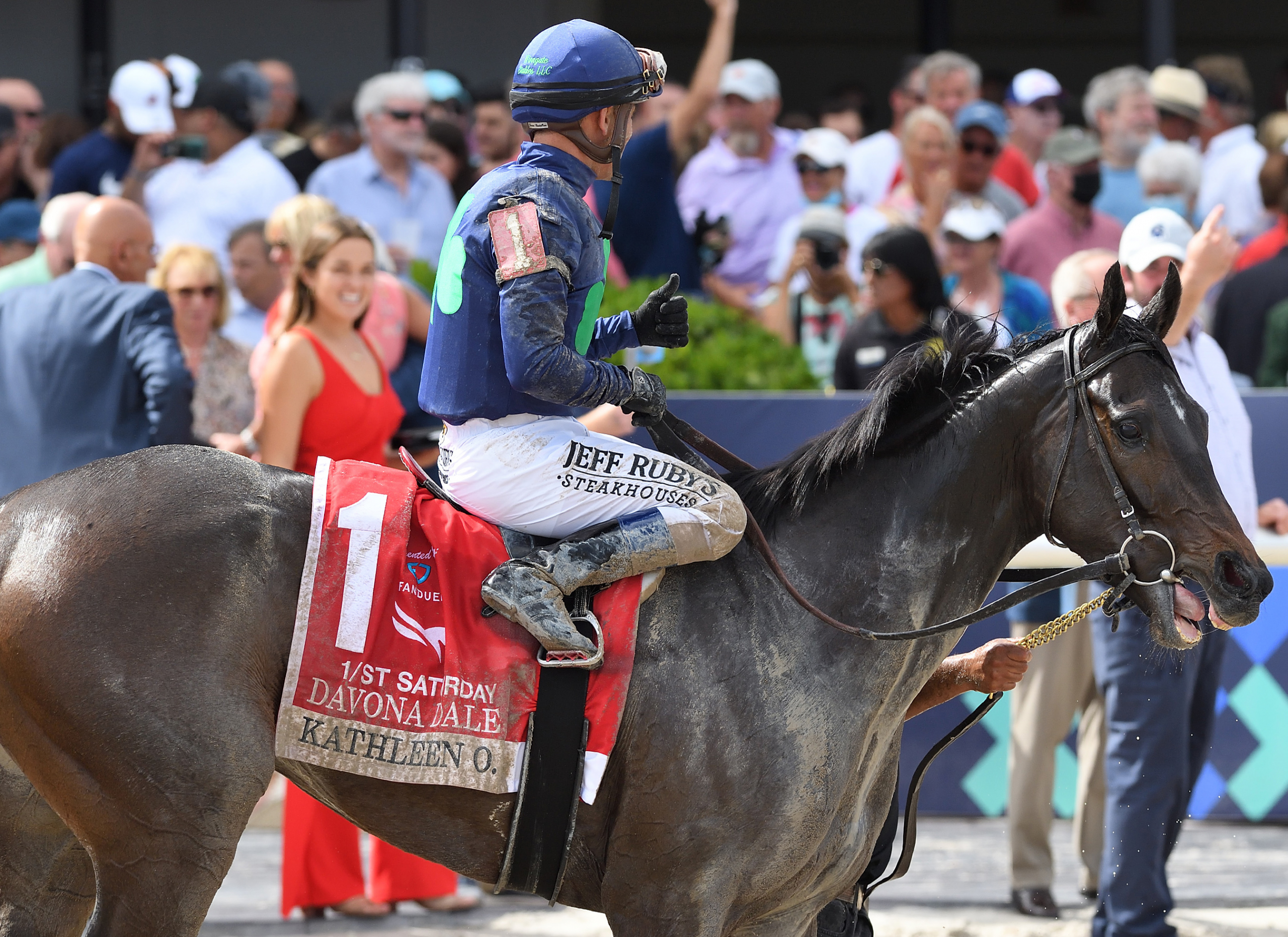 It was a big weekend for the 3-year-old fillies with prep races for the GI Longines Kentucky Oaks held at Aqueduct, Santa Anita, Gulfstream and Turfway. Secret Oath (Arrogate) remains on top for Wayne Lukas, but it was tempting to move Kathleen O. (Upstart) to the top spot after another impressive win, this time in the GII Davona Dale S. In California, the Bob Baffert-trained Eda (Munnings) won the GIII Santa Ysabel S., but until the Baffert horses are nominated to the Oaks they won't be included in our rankings. That also includes GIII Las Virgenes S. winner Adare Manor (Uncle Mo).

It will be a quiet couple of weeks for the nation's top 3-year-old fillies as the next race that includes Kentucky Oaks points will be the Mar. 26 GII Fair Grounds Oaks.

The Kentucky Oaks Future Wager will be available starting Friday and closes Sunday at 6:30 p.m. Echo Zulu (Gun Runner) is the 4-1 morning line favorite, followed by Secret Oath at 6-1 and Kathleen O. at 8-1.

Trainer Wayne Lukas continues to say that the GIII Fantasy S. will likely be next for Secret Oath, but he has not completely ruled out a start against males in the GI Arkansas Derby. With most other trainers, there would be no debate and the Fantasy would be the clear choice, but Lukas has a history of running fillies vs. colts and is one of only three trainers to win the GI Kentucky Derby with a filly, which he did in 1988 with Winning Colors. The Arkansas Derby makes perfect sense for Secret Oath. For one, unless Bob Baffert ships in something from his first string, she will be the favorite. And if she doesn't run in the Arkansas Derby, she can't run in the Kentucky Derby. She won't have any points. There's also the matter of the purse, $600,000 for the Fantasy vs. $1.25 million for the Arkansas Derby. C'mon, Wayne–this might be your last chance to win a Kentucky Derby. Go for it.

After Kathleen O. had recorded impressive wins in a maiden race and the Cash Run S., she was asked to step up over the weekend and prove that she was good enough to handle graded stakes company. That was the storyline when she faced six others in the Davona Dale on Saturday at Gulfstream and the end result was another visually impressive win. It takes her a while to get going, but once she does she displays a tremendous turn of foot. Once again, she made it look easy, powering past her competition in the stretch. The only knock on her is that she never gets a particularly good Beyer figure. After earning a 67 and then a 78 in her first two starts, she was given an 85 Beyer for the Davona Dale. She will try two turns for first time in the Apr. 2 Gulfstream Park Oaks, but that shouldn't be a problem. If anything, she should be better around two turns than one. An exciting prospect.

Nest was not in action last weekend, but her win in the GII Demoiselle S. has never looked better. The runner-up, Venti Valentine (Firing Line), came back and won the Busher Invitational at Aqueduct. The race also produced next-out winner Magic Circle (Kantharos), who took the Busanda S. In her second start after finishing fourth in the Demoiselle; and Nostalgic (Medaglia d'Oro) picked up a win on Sunday at Gulftream in an allowance. After his filly won the Demoiselle, trainer Todd Pletcher picked out a soft spot for her, the Suncoast S. at Tampa Bay Downs, which she won by six lengths. It will get tougher next time as she is scheduled to try Grade I company for the first time when she goes in the Ashland at Keeneland.

Echo Zulu, last year's champion 2-year-old filly, has yet to race this year and her connections have said there is no guarantee that she will make the Oaks. But she continues to make progress in the mornings and has now had five workouts this year, the last three at five furlongs. That may be enough for her to start in the Fair Grounds Oaks later this month. If she does, there shouldn't be any problem making the Kentucky Oaks. Should she win the Fair Grounds race she would reassume her spot as the best 3-year-old filly in training. Don't forget how dominant she was last year and in the GI Breeders' Cup Juvenile Fillies.

It's official. They're going for it. Trainer Wesley Ward has confirmed that Happy Soul will go next in the Ashland, a major prep for the Kentucky Oaks. The other option was the GIII Beaumont S., a seven-furlong sprint. The Ashland will be quite the test for Happy Soul, who will attempt to stretch out from six furlongs to 1 1/16 miles. She's won three times, most recently in the Dixie Belle S. at Oaklawn, and when it comes to sheer speed there may not be a faster filly in the country. It will all come down to whether or not she can carry that speed a distance. That Ward is willing to try it tells you how much confidence he has in this filly. 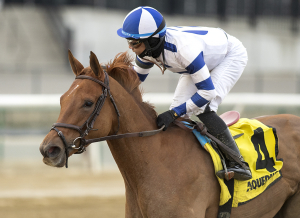 New to the rankings, Venti Valentine made her way on to the list with a seven-length win in the Busher for trainer Jorge Abreu. There were only five horses in the race, but it was far from an easy spot. The field included last-out stakes winners Shotgun Hottie (Gun Runner) and Magic Circle, as well as the Shug McGaughey-trained Radio Days (Gun Runner), who was the 1-2 favorite. Venti Valentine was dismissed at 5-1, but there was nothing fluky about her win. The New York-bred backed up her performance from last year when she was a close second behind Nest in the Demoiselle. Trainer Jorge Abreu is looking for his first graded stakes win. He won the 2019 Busher with Venti Valentine's half-sister, Espresso Shot (Mission Impazible), who did not make it to the Oaks.

She returned to the work tab last week when breezing four furlongs in :49.00 at the Fair Grounds, where she is under the care of trainer Brad Cox. It was her first work since a surprise win in the GII Rachel Alexandra S. Presented by Fasig-Tipton. It looked like her career was going to be on the grass, but Cox took a shot in the Rachel Alexandra and it paid off. She has turned out to be quite a bargain. She RNA'd for $32,000 at Keeneland November before selling for $50,000 at Keeneland September. Cox is searching for his third Oaks win since he took the race for the first time in 2018 with Monomoy Girl (Tapizar). We'll know more about this filly when she makes her next start, which Cox said will either be in the Ashland or the Fair Grounds Oaks.

How do the races in Dubai stack up against the major preps in the U.S. for the Kentucky Oaks? We are about to find out. A $425,000 purchase at OBS April, this filly looked unbeatable while running for KHK Racing and trainer Fawzi Nass in Dubai. After she overcame a slow start to take the GIII UAE Oaks her connections decided to send her to Todd Pletcher, with an eye on running in the Kentucky Oaks.

“We're excited about getting her in,” Pletcher said. “I believe the plan will be to come to Florida and prepare for the Oaks. I think we would just train up to the Oaks, but we need to see how she is and how quickly she acclimates before making any firm decisions.”

The original plan was to face males in the GII UAE Derby. In the Pletcher barn, she couldn't be in better hands. It will be interesting to see how she stacks up against the U.S.-based fillies.

Bought for $550,000 at the Fasig-Tipton Midlantic 2-year-old sale, this 'TDN Rising Star' makes it on to the list after finishing second behind Kathleen O. in the one-mile Davona Dale. Though she was soundly beaten, the New York-bred proved she belongs in open, graded company after going 3-for-3 last year versus state breds. It was also her first start beyond seven furlongs.    “I've always felt that ultimately she's a filly that wanted two turns, so hopefully this brings her in that direction,” Pletcher said prior to the Davona Dale.

It looks like she'll have to improve a few lengths to be able to beat the very best of her division, but there's no reason why that can't happen.

After she began her 3-year-old campaign with a ninth-place showing in the Sweetest Chant S. on the grass, it didn't look at all like this filly was a candidate for the Kentucky Oaks. But that all changed with a Mar. 3 allowance race at Gulfstream. Trainer Bill Mott put her back on the dirt and was rewarded with an impressive 6 3/4-length win in the 8 1/2-furlong contest. It was her second win from four career starts and her first since she broke her maiden on debut in October at Belmont. Just an allowance winner this year, she has some catching up to do, but she's well-bred and in the barn of a Hall of Famer. Don't count her out. 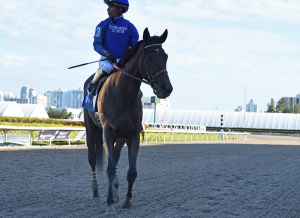