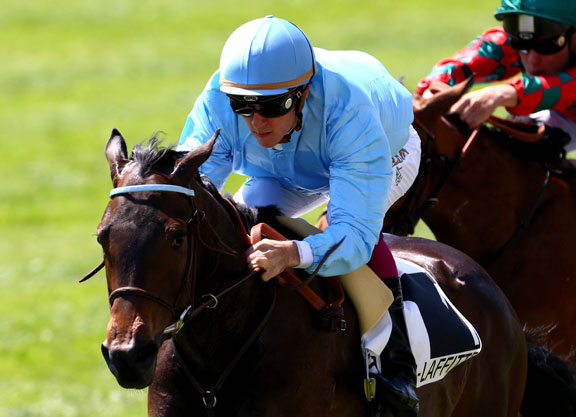 Tattersalls has released the catalogue for its two-day February Sale on Jan. 30 and 31, with the listed-winning and Group 3-placed Sivoliere (Ire) (Sea The Stars {Ire}) (lot 136), in foal to Kingman (GB), expected to be among the highlights of the 401 fillies, broodmares, colts and geldings, yearlings and 2-year-olds catalogued.

The broodmare section of the catalogue also includes mares in foal to the likes of Dark Angel (Ire), New Approach (Ire), Night of Thunder (Ire) and Sea the Moon (Ger).

The colts and geldings in training include Gormanstown Racing’s Raise You (Ire) (Lope de Vega {Ire}) (lot 129). The 4-year-old colt won the Listed Fairway S. at Newmarket last spring and was third in the G3 Rose of Lancaster S. in August and is rated 114 by Timeform.