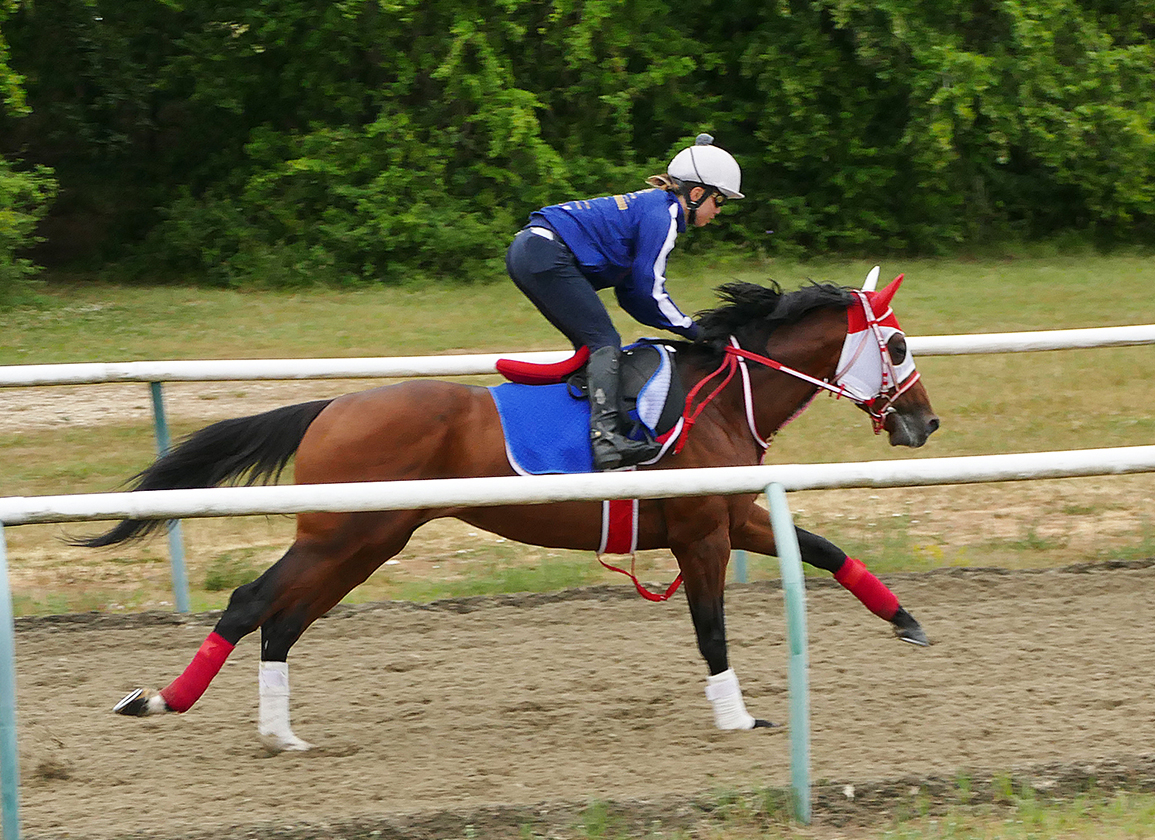 NEWMARKET, UK–Newmarket's 'July week' has always been the perfect blend of parties and parades, on the racecourse and stallion farms. But at the centre of all this fun, there is plenty of serious business to be done at Tattersalls, which hosts its three-day mixed July Sale from Wednesday.

A sizeable delegation of Australians has already arrived in town, now free from the travel curbs of Covid, and it is a safe bet that they will be joined by breeders, trainers and agents of myriad nationalities at Park Paddocks over the next few days.

Arqana kicked off the summer mixed auction fare last week with some pretty explosive results in Deauville, which featured the rarity of a current Classic winner as a last-minute entrant to the sale. The German 1,000 Guineas winner Txope (Fr) (Siyouni {Fr}) duly topped the sale at €1.2 million when sold to Yulong Investments, the outfit headed by Yuesheng Zhang, who has been a significant supporter of thoroughbred auctions the world over in recent years.

Zhang's first visit to the July Sale in 2016 resulted in the purchase of Harlech (GB) (Pivotal {GB}) for 60,000gns, and that proved to be a shrewd investment as she is now the dam of Australian Group 1 winner Hungry Heart (Aus) (Frankel {GB}), who was foaled the following year after the mare was covered at Banstead Manor Stud to southern hemisphere time before being exported to Australia.

“From the moment the catalogue came out it became clear that there was a fair amount of interest from all sorts of overseas markets, which is always encouraging,” said Tattersalls' marketing director Jimmy George.

“Domestic buyers have been pretty prominent and active in the last few years as well, so that will hopefully lead to a good, solid sale.

“Mr Zhang's team is in town and hopefully they will find what they are looking for. He's been very successful buying at Tattersalls so far, and he bought the Ribblesdale winner Magical Lagoon (Ire) here at the October Yearling Sale as well, so it's very good to see him here back in person after he was unable to travel for the last couple of years.”

Just as Txope was a late entry at Arqana, Tattersalls fields a number of wild-card additions to the catalogue, including the G3 Prix Six Perfections winner See The Rose (Ire), a daughter of the accomplished broodmare sire Kendargent (Fr) and a full-sister to Listed winner Xaarino (Fr). The 4-year-old will be offered as lot 271A by the Castlebridge Consignment, which has 105 horses to sell this week.

Godolphin, too, has a sizeable draft of 70, which includes the former German champion race mare Antara (Ger) (Platini {Ger}), whose winning offspring include the Group 3 winner Algiers (Ire) (Shamardal). She is offered as lot 126 with a March 28 cover to Darley's first-season sire Palace Pier (GB).

The Godolphin draft not only contained Hungry Heart's dam in 2016 but in that same draft was Bathrat Amal (Jpn) (New Approach {Jpn}), who became the dam of this year's G2 Godolphin Mile winner Bathrat Leon (Jpn) (Kizuna {Jpn}). The mare was sold for just 8,000gns to breeder Mishima Bokujo and her aforementioned high-flying first foal is currently in Newmarket along with his trainer Yoshito Yahagi ahead of a shot at the G1 Sussex S. later this month at Goodwood.

Another bargain buy from last year's sale, as referenced by Brian Sheerin in Monday's TDN, was Knight Salute (GB) (Sir Percy {GB}), who was bought by trainer Milton Harris for 14,000gns and went on to be one of the stars of the 2021/22 National Hunt season with six hurdles victories to his credit, including the G1 Jewson Anniversary Four-Year-Old Hurdle at Aintree.

George continued, “It's a sale with a proven track record for producing group performers on the Flat, graded winners over jumps and also dams of Group 1 winners throughout the world. It's a bit of an old cliche but it really is a sale where there's something for everyone. It punches above its weight and this year we have a hefty contingent of potential buyers coming from Australia, and plenty of interest from the Gulf and North America as well. Everything is in place for good, solid trade.”

Wednesday's all-day session gets underway at 9.30am, while pre- and post-racing sessions begin at 9.30am and 5pm respectively on Thursday and Friday.