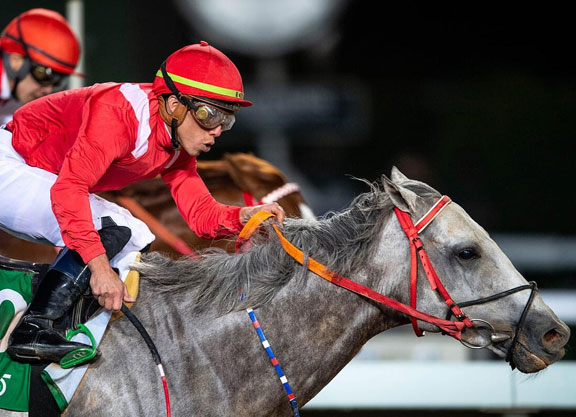 It looked for much of the stretch run of the six-furlong Saudia Sprint Cup as if it would be a double for Speightstown and Japan as Matera Sky stole a big lead after setting the pace, but as that one got extremely leg weary in the final furlong it was the charging New York Central (Tapit) who capitalized, nailing him in the shadow of the wire to win by a head as another runner formerly based in America, Gladiator King (Curlin), made up ground to be third. New York Central was a Grade III winner for WinStar Farm, China Horse Club and SF Racing, but was recently purchased by Saudi interests and was making his local debut. Irad Ortiz was in the irons.