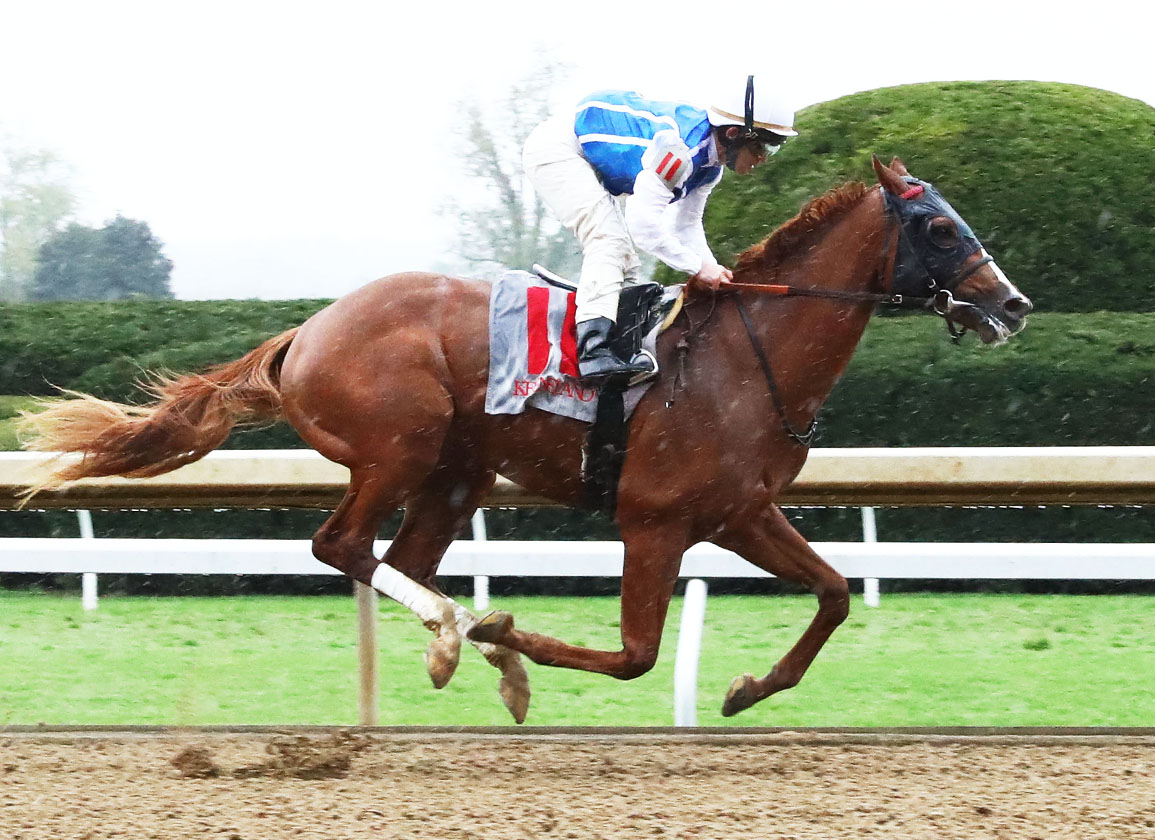 Wertheimer and Frere homebred ZATIP (Tapit), a son of Grade I winner Zaftig (Gone West), turned on the after burners late to become the second 'TDN Rising Star' of the day at Keeneland Thursday afternoon. Off slow in his turf sprint unveiling at Laurel Oct. 1, he rallied to be fifth and was given a 5-1 chance in this switch to the main track over a wet surface. Drawn in post 11 of 12, the chestnut was hustled away from the stalls this time by James Graham and went straight to the front, contesting the pace alongside Coffee With Alex (Quality Road) through a :22.98 opening quarter and :46.08 half-mile. The pair turned for home together and continued to battled down the lane, but Zatip kicked it into high gear in the final sixteenth, charging clear to win by 4 1/2 lengths. Jego (Uncle Mo) made a late run to take second from Coffee With Alex. Zatip is the 48th 'TDN Rising Star' by perennial leading sire Tapit.

Wertheimer and Frere purchased GI Acorn S. victress Zaftig for $1.4 million in foal to Candy Ride (Arg) at the 2011 Fasig-Tipton November Sale. She produced a full-brother to the winner named Rugbyman, who was also tabbed a 'TDN Rising Star' for these connections and finished second in the Easy Goer S. She is also the dam of SW & MGSP Spinoff (Hard Spun). The 16-year-old mare has not produced a foal since Zatip. Zaftig is a daughter of fellow Grade I winner Zoftig (Cozzene), who also produced GISW Zo Impressive (Hard Spun), dam of MGSW Souper Tapit (Tapit).