Taking Stock: Unified, Mohaymen, Gormley the Ones to Watch 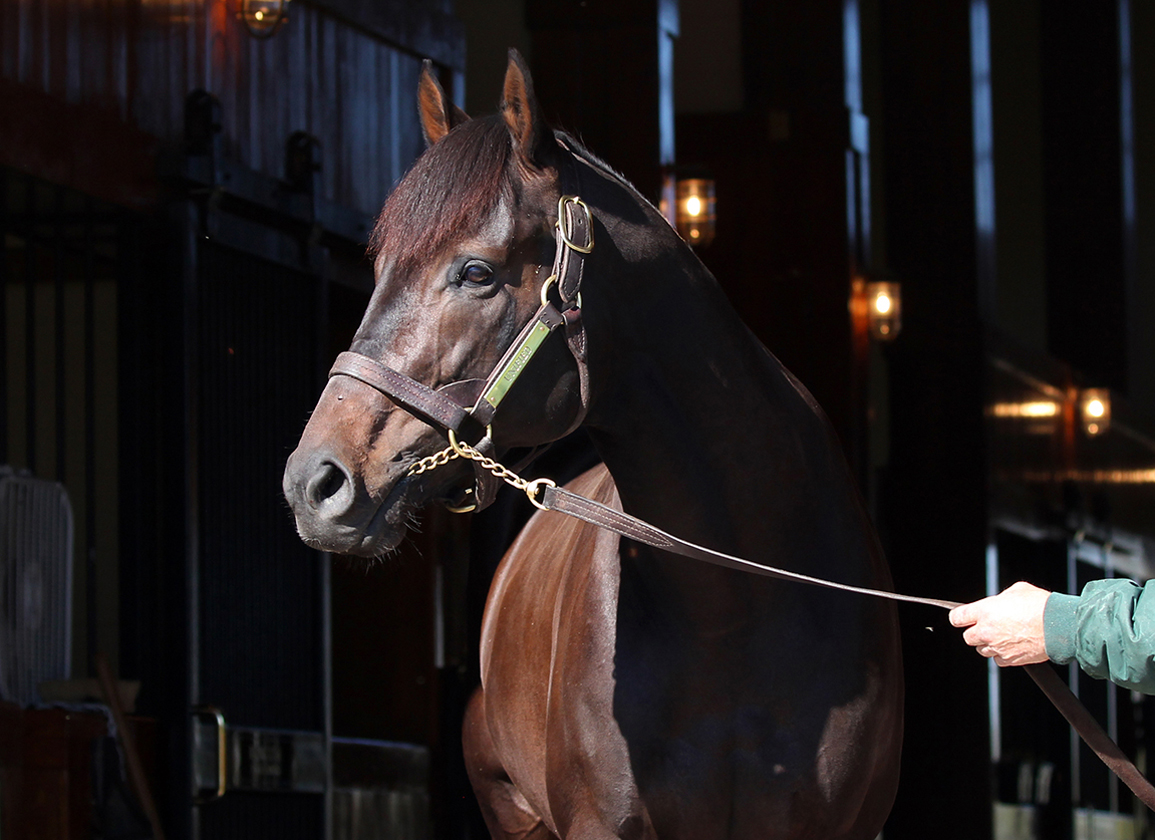 I noted on Steve Byk's “At the Races” radio show last Wednesday that some stallions that enter stud for between $10,000 and $20,000 occasionally punch above their weight and find lasting success. The in-your-face examples of this are Into Mischief, Tapit, and War Front, three of the best and most expensive horses at stud, but others that have fit the profile through the years include Distorted Humor, Candy Ride (Arg), Elusive Quality, Munnings and Twirling Candy.

Twirling Candy, a son of Candy Ride, was recently profiled in this space along with other Kentucky-based sons of the Argentine import, including freshman sire Unified, who was represented by his first black-type winner on Saturday when Behave Virginia won the Listed Debutante S. at Churchill Downs.

A Grade ll winner at three and a Grade lll winner at four who was also Grade l-placed, Unified began his career for $10,000 like his sire and stands alongside him at Lane's End. So far, he's represented by only the one winner, but she's a good one and trainer Kenny McPeek, who has a way with fillies, has an eye on the Glll Pocahontas, the Gl Alcibiades, and the Gl Breeders' Cup Juvenile Fillies.

Standing at Shadwell, Mohaymen is a Tapit half-brother to Grade l winner New Year's Day, the sire of champion Maximum Security. He has five winners to date, including a maiden special winner at Los Alamitos on Saturday. Mohaymen has stood for a $7,500 fee, and so far just the Scat Daddy horse Caravaggio, who began his career at Coolmore in Ireland for the equivalent of about $40,000 before moving this year to Coolmore America, has more winners, with eight. Three Chimneys-based Horse of the Year Gun Runner, another son of Candy Ride, also has five winners, but he covered mares in his first year for $70,000 and was the second-most expensive horse to enter stud in 2018, behind only the late Arrogate (Unbridled's Song) at $75,000.

Speaking of cheap fees, Spendthrift's Gormley is by the farm's recently deceased A.P. Indy horse Malibu Moon, who was a foundation stallion for B. Wayne Hughes and the sire of Gl Kentucky Derby winner Orb. Malibu Moon initially stood for $3,000 at Country Life in Maryland. Gormley started for $10,000, and, like Unified and Mohaymen, had a winner on Saturday, in a maiden special at Belmont. He has four winners to date.

Stud fee, of course, is a reflection of mare quality, and in broad terms a stallion's short- and long-term success is dependent on good books of mares that complement the horse by physique, race record, and pedigree. You never know until it happens which stallions have the ability to upgrade their mares, but one early sign is a relatively inexpensive horse hitting with quality maiden special and stakes winners, and this is notable because it happens infrequently. Sometimes, these types of horses will also telegraph a year or two earlier what's about to come with expensive yearlings or juveniles far above what's expected on stud fee.

Gormley, for instance, had juveniles sell this year for $550,000, $450,000, and $425,000. The highest priced of these is Headline Report, who won an April maiden special at Keeneland for owner Breeze Easy and trainer Wesley Ward and just registered a bullet five-furlong breeze at Keeneland on Monday. Ward must like Gormley, because he also owns and trains the 2-year-old filly Guajira, who won a $50,000 maiden claimer at Churchill in May. And Guajira, in contrast to Headline Report, was a $3,000 yearling, showing that Gormley can hit from both ends of the spectrum.

Mohaymen didn't have the big-priced 2-year-olds, but he did have five that made six figures, and his 25 juveniles to sell averaged $70,600, which is certainly respectable for his stud fee.

Expensive horses get the best mares, and their success is almost always anticipated because of mare quality. Those that don't meet expectations with their first crops–and, let's face it, most don't–go down the drain fairly quickly, because their subsequent crops are almost always produced from lesser-quality mares. In other words, for most stallions it's easier to find success with the first of their first four crops, and first-crop success means that a stallion will be rewarded with better mares in his fifth crop as breeders patronize him after a successful first year of 2-year-olds, thereby giving him the ability to survive the vagaries of the commercial marketplace and extend his career. This is why stallion managers front load their first-season horses.

Obviously, it's way too early to tell if Unified, Gormley, and Mohaymen will be able to sustain the promise they are showing, but they'll be fun to watch as 2-year-old racing heats up in the second half of the season and the heavier hitters of the freshman class start to flex.

Khalid Mishref Alkahtani
Saudi Arabian Khalid Mishref Alkahtani is the breeder of Behave Virginia. He'd bought her dam, the Mineshaft mare She's Behaving, for $15,000 at Keeneland November 2018, while she was carrying the future black-type winner. She was one of 15 mares he purchased at the sale through agent Bruno DeBerdt, and another was the More Than Ready mare Quick Thinker for $45,000. That mare is the dam of the Gormley winner Think Blue, who he also bred. And Think Blue was an even cheaper yearling than Ward's Guajira, selling for $1,500. When the cheap horses win, the more expensive ones start to look better, don't they?

Khalid Mishref Alkahtani obviously likes young stallions in the $10,000 to $20,000 range, because he also bought the Paddy O'Prado mare My Miss Kallie for $37,000 carrying a foal from the second crop of Taylor Made's Not This Time (Giant's Causeway). That foal, now named Last Leaf, won a maiden special at Gulfstream a few weeks ago, and Not This Time now appears well on his way to a successful career after his first-crop 2-year-olds made the grade last season. In fact, his first-crop son Next, also trained by Ward, became a black-type winner for the first time on Saturday when taking the Listed War Chant S. at Churchill.