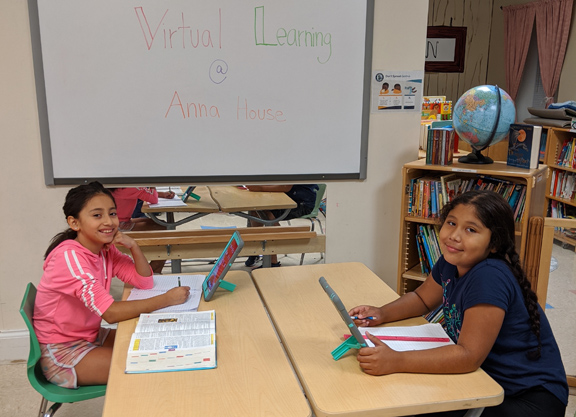 Editor's note: The following letter appeared in the March 28, 2021 print editions of the Saratogian and Troy Record, and is reprinted here with their permission.

While the pandemic irrevocably changed each and every one of us, perhaps no one will be impacted more significantly in the long term than our children.
Mental health and education experts are just starting to reckon with the fallout of this unprecedented “lost year”, which resulted in remote learning and isolation from friends and extended family.

Most experts agree, however, that kids fell behind academically: some estimates say they possibly lost up to four months of learning. We also know that the pandemic has disproportionately impacted lower-income minority families by potentially pushing more people into poverty and exacerbating long-standing disparities in health care and education.

That's why it's more important than ever that we support and assist members of these vulnerable communities – especially children – so they can fully participate in and benefit from the post-COVID recovery effort. 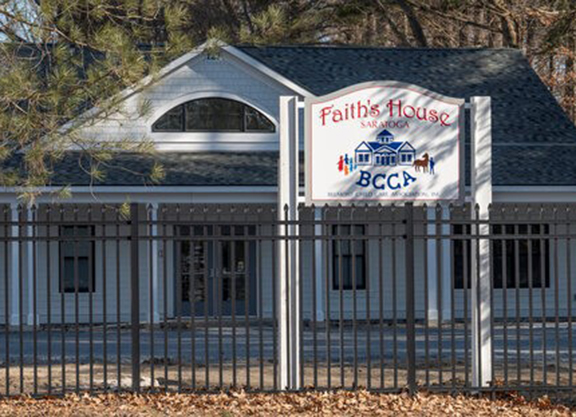 That is the goal behind Faith's House, a new childcare center that will serve families and children of Saratoga Race Course's backstretch community. Scheduled to open this summer, the 4,300-square-foot facility will offer childcare and early education programs for 35 to 40 infants, toddlers and preschoolers.

Faith's House will serve as a compliment to Anna House, which has been providing similar services to the backstretch families at Belmont Park on Long Island for the past two decades.

As chair of the nonprofit Belmont Child Care Association (BCCA) alongside our president, Libby Imperio; our executive director, Joanne Adams; and our great Board of Directors; it has been our honor and privilege to facilitate quality early education opportunities for the children of the backstretch community, whose members are the heart and soul of horse racing and without whom the industry would – quite literally – not be able to run.

More than 1,000 children have participated in Anna House's programs since its opening in 2003. Many of the parents of these children are first-generation immigrants who are doing exactly what my immigrant grandparents did: Working very hard to create a better life for themselves and their families.

Anna House helps support those efforts by providing these children with an educational foundation that sets them up for a lifetime of success. Soon Faith's House will do the same.

Numerous studies have underscored the importance and benefits of early childhood education programs – particularly when it comes to preventing or even minimizing school readiness gaps between low-income kids and those lucky enough to have more economic advantages. In addition, children who participate in the kinds of programs offered at Anna House – and soon at Faith's House as well – are typically at the top of their class when they start public school and are also more likely to graduate from high school, and less likely to struggle with substance abuse.

The backstretch community is a tight-knit ecosystem supported not only by BCCA but a host of other nonprofit organizations and individuals who work to make sure that the men and women of thoroughbred racing and their families have the services they need to succeed. Our collective resolve has been sorely tested over the past year by the many challenges imposed by the pandemic. But together we pulled through, putting programs and protocols in place that enabled racing to safely resume – albeit without fans in the stands – and protected the thousands of good-paying jobs in and around the racing industry statewide.

Thoroughbred racing contributes $3 billion in economic impact annually to the state – more than $200 million of which is generated in the Saratoga Springs region in connection with the historic Saratoga Race Course. This year, the opening of Faith's House will coincide with the annual summer meet in the Spa City.

This will be the culmination of a decade of hard work by BCCA and its allies and supporters, and I look forward to watching Faith's House help backstretch families fulfill their dreams while playing a key role in New York's economic recovery effort.

Michael Dubb is a builder and thoroughbred owner who chairs the Belmont Child Care Association (BCCA) sits on the NYRA Board. He built and donated both Anna House and Faith House.