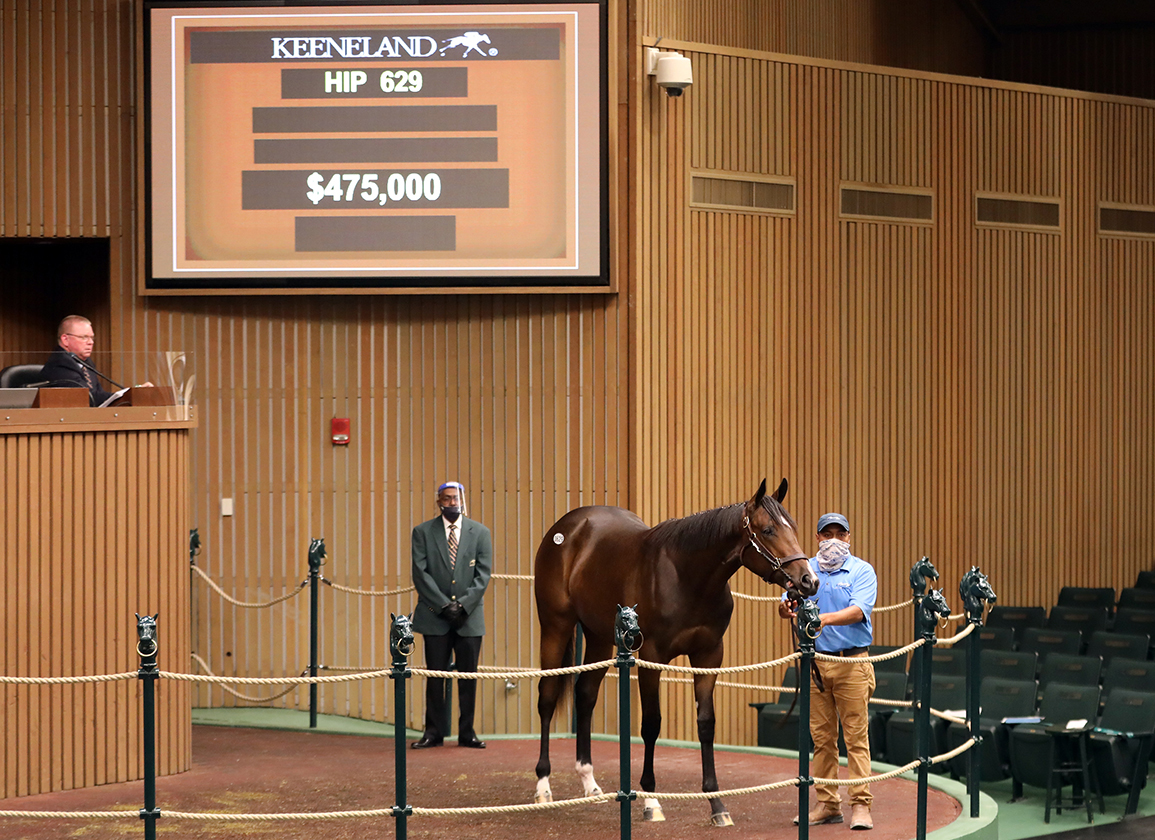 6th-OP, $84K, Msw, 3yo, f, 6f, 3:51 p.m. ET
The first of two strong-looking groups of sophomore fillies line up here in Hot Springs. Brad Cox-trained second timer Firewolves (Practical Joke) gets the tepid morning-line nod coming off a runner-up outing over track and trip Dec. 3 that earned her a 75 Beyer Speed Figure. The $140,000 Keeneland September yearling is half to MGSP Tap for Luck (Tapit) and to the dam of GSW/GISP Jeltrin (Tapizar).

Peace Peddler (Gun Runner) set a solid pace in her unveiling Dec. 18 before finishing third behind a pair of pricey foes. A $200,000 KEESEP pick-up, she is out of Canadian champion older mare and MGSW Embur's Song (Unbrided's Song) from the family of Classic winner Exaggerator (Curlin).

Xtreme Gem (Tapit), a daughter of GISW juvenile Gomo (Uncle Mo), also makes her second start. The $475,000 FTFMAR RNA and $625,000 Fasig Midlantic seller (:10 1/5) was fourth after taking some money in an off-the-turfer at Keeneland in October (re-opposing Madelyn's Magic {Hard Spun} was second that day). She now gets the addition of Lasix and blinkers for the Mac Robertson barn.

Among the noteworthy newcomers signed on is Courtlandt Farm's $500,0000 FTKSEL purchase Campaigning (Nyquist). The Steve Asmussen pupil is half to GSP Aurelia Garland (Constitution) out of a daughter of 2002 GII Alcibiades S. winner Westerly Breeze (Gone West).

9th-OP, $84K, Msw, 3yo, f, 6f, 5:13 p.m. ET
Alex and JoAnn Lieblong's $475,000 KEESEP acquisition Hot and Sultry (Speightster) leads the split division of the aforementioned sixth race. The Steve Asmussen representative finished up well to be a strong second in the mud here Dec. 18. A half to SW and GSP turfer Tracksmith (Street Sense), her third dam is brilliantly fast GISW and champion Xtra Heat (Dixieland Heat). Chesterette (Practical Joke), who cost $300,000 at OBS April off a :9 4/5 bullet, was fourth in that same race. The $165,000 KEESEP yearling's dam Jenny's So Great (Greatness) was a graded winner on the turf.

Comedy Act (Practical Joke) was fourth behind the subsequent Gowell S. runner-up after setting solid splits at Churchill Nov. 28. She was a $77,000 September RNA and $165,000 Fasig-Tipton Midlantic juvenile (:10 1/5). Little Mombo (Into Mischief) was also fourth on debut after showing early zip–this one locally Dec. 3. Rigney Racing's $500,000 KEESEP buy is out of a stakes-placed turf router from the family of GSWs Nany's Sweep, Economic Model and Well Monied.

Bicameral (Constitution), bought for $100,000 at the Fasig-Tipton Select Yearling Showcase, cuts back after finishing far back on the stretch out Dec. 17. She was previously third in the GI Del Mar Debutante.