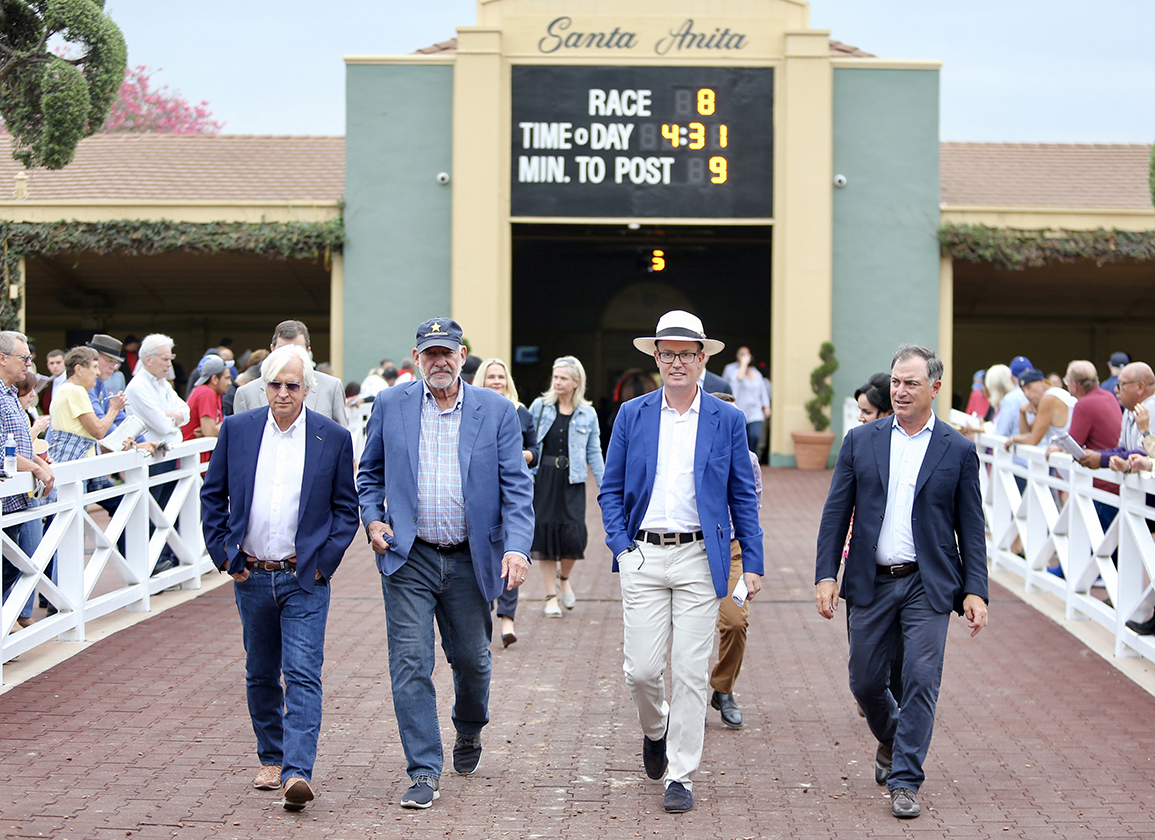 6th-LRC, $45K, Msw, 2yo, 5f, post time: 6:28 p.m. ET
The stallion-making syndicate nicknamed “The Avengers” will be represented by a pricey pair of yearling buys here conditioned by Bob Baffert. Favored at 6-5 on the morning line is Messier (Empire Maker), who was the most expensive buy by his late sire last year when he brought $470,000 at the Fasig-Tipton Select Yearlings Showcase. The bay is out of two-turn stakes winner Checkered Past (Smart Strike) from a Sam-Son family that includes Canadian champions Catch the Ring and Catch the Thrill. Carbonite (Union Rags), meanwhile, was the highest-priced yearling by his sire in 2020 when he brought $560,000 at Keeneland September. Previously a $170,000 KEENOV weanling, he is out of a half-sister to GI Preakness S. winner and young sire Cloud Computing (Maclean's Music). The pair have been working in company for this, most recently breezing five furlongs from the gate at Santa Anita in 1:00.20 (3/20) last Thursday. Messier appeared to be going slightly better of the two before galloping out with a bit more energy (click for XBTV video). TJCIS PPs