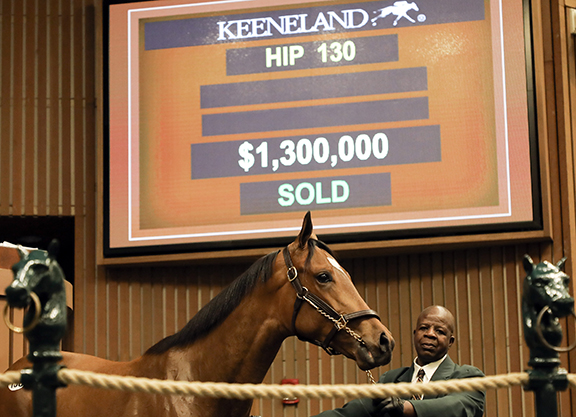 7th-CD, $85K, Msw, 2yo, 6 1/2f, 4:06 p.m. ET
Hall of Fame trainer Mark Casse unveils GHOSTLINER (Ghostzapper) in this full field of juveniles. John Oxley went to $475,000 to purchase the gray as a FTSAUG yearling. He was produced by a winning daughter of 2006 champion 3-year-old filly Wait a While (Maria's Mon). Ghostliner's worktab features several bullet moves, including a five-furlong drill in :59 1/5 (1/19) in Louisville Oct. 22.
The unlucky Sound Money (Flatter), favored at 2-1 on the morning line here, lost little in defeat rallying for second after a gate malfunction caused him to spot the field several lengths on debut for Chad Brown at Keeneland Oct. 11. TJCIS PPs