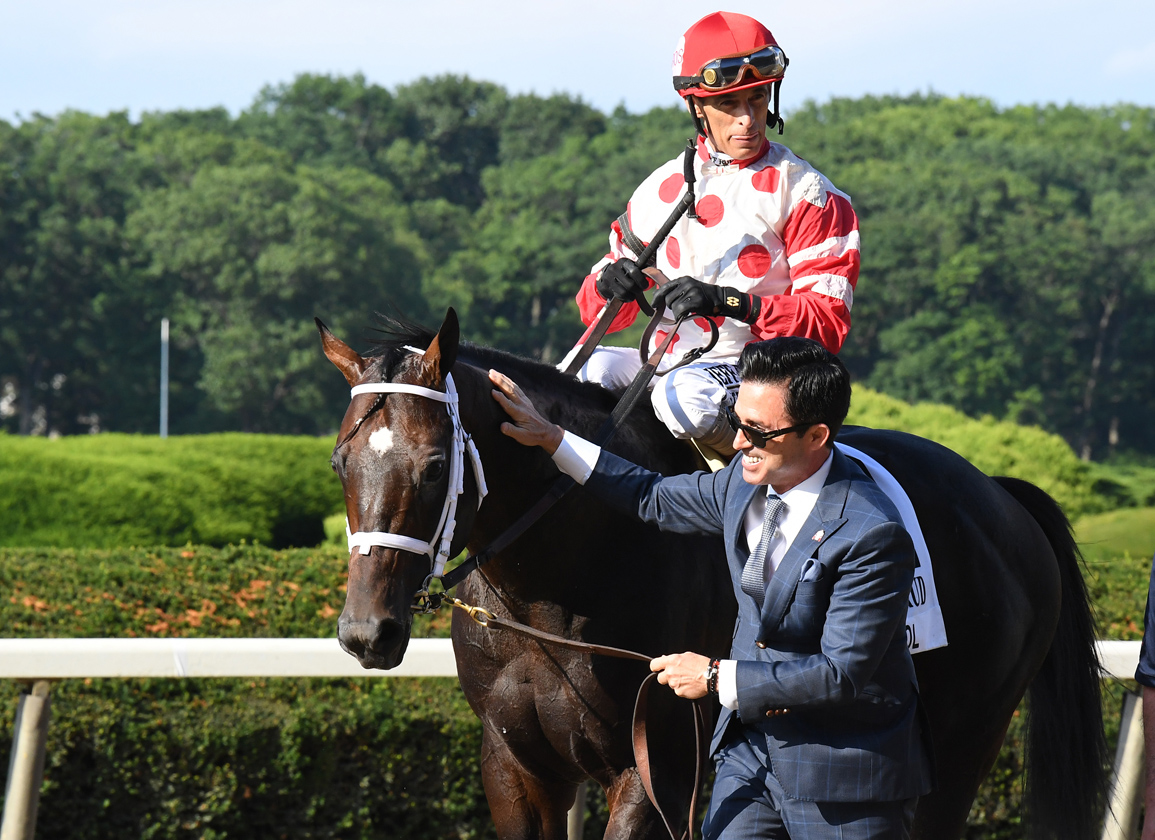 A pair of half-sisters to Grade I winners line up for top trainers in the Sunday opener. Red Oak Stable homebred Goddess of Fire (Mineshaft) is out of speedy stakes winner Feel That Fire (Lightnin N Thunder), making her a half to Mind Control (Stay Thirsty), a debut winner at two who took the GI Hopeful S. in 2018 here, GI H. Allen Jerkens S. the following season and was last seen annexing the GII John A. Nerud S. at Belmont July 4 on the trainer change to Goddess of Fire's conditioner Todd Pletcher.

Chad Brown pupil Dover Dreams (Arrogate), out of a precocious mare herself, is half to Brown's 2015 GI Breeders' Cup F/M Sprint heroine Wavell Avenue (Harlington). The Jeff Drown colorbearer was a $460,000 KEESEP yearling, and will be joined in the gate by stablemate Saffron Moon (Malibu Moon), an $80,000 buy at the same auction and granddaughter of Grade I-winning grasser Vacare (Lear Fan).

J. Kirk and Judy Robison's Time for Cupid (Cupid) gets the nod on David Aragona's morning line at 2-1 having taken a Lone Star maiden special weight by daylight first out July 10, only to be demoted to second for interference. The $90,000 September purchase is trained by Steve Asmussen. TJCIS PPs

Assuming this even stays on the grass, it appears likely to be an above-average heat. Rob Masiello and Steven Rocco's Diamond Hands (Frosted)–who scratched Wednesday due to a surface switch–was a $25,000 KEESEP yearling turned $425,000 OBS April pick-up off a smooth :10 1/5 breeze. The Christophe Clement trainee's dam Love Cove (Not For Love) was a MSW on the grass in New York-bred company.

West Point Thoroughbreds, et al's Fortineno (Ire) (Frankel {GB}) is a full to debut winner and 'TDN Rising Star' Rubilinda, who won turf stakes on the grass both sprinting and routing. Fortineno was purchased for $400,000 at Keeneland September.