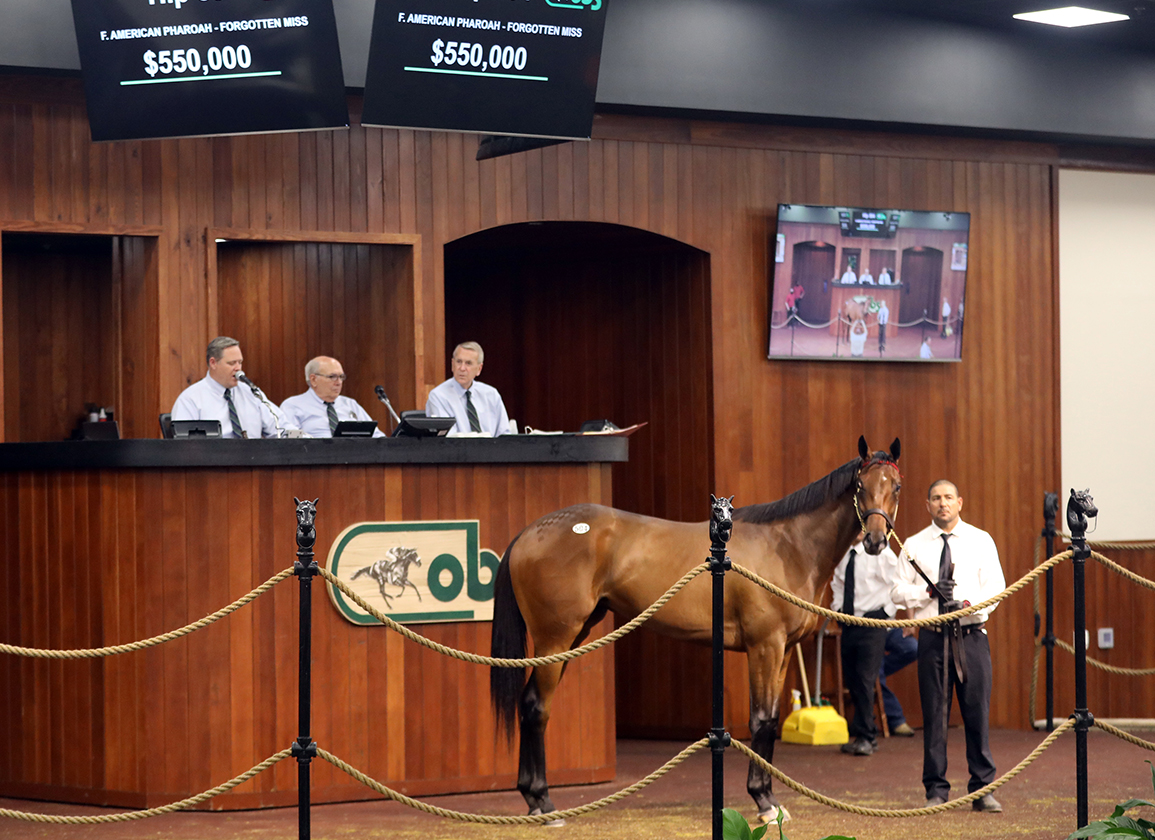 1st-GP, $60k, Msw, 3yo, f, 7 1/2fT, 12:30 p.m. ET
As two of the most expensive auction purchases on the entire card, newly turned 3-year-old fillies SIEMPRE ELEGANTE (American Pharoah) and AMERICAN HEROINE (War Front) will be turning heads for more reasons than one. The former clicked through her paces at the 2021 OBS March sale (:21 1/5) well, impressing owner Sean Flanagan enough to put down a healthy $550,000 for her; one of a six-way tie for fourth most expensive of the sale. While the first dam is devoid of black-type for now, it's the second dam which catches the eye: MGSW Woodlander (Forestry), SW Admiral Alex (Afleet Alex), MGSW Azar (Scat Daddy), and MGSW Coal Front (Stay Thirsty) lead a top cast in the female line. She'll go to post for Flanagan Racing and trainer John Kimmel.

The hammer dropped at $1.05 million for American Heroine at the 2020 Keeneland September sale, one of five big tickets for her dam Chatham (Maria's Mon), including the South Korean-bound full-brother and European champion 2-year-old Air Force Blue. This is also the family of champion 2-year-old filly Flanders (Seeking the Gold), and her Seattle Slew champion 3-year-old Surfside. Breeder Stone Farm and Augustin Stable partner up with Christophe Clement at the helm. TJCIS PPs

10th-GP, $60k, Msw, 3yo, 7 1/2fT, 5:14 p.m. ET
Phipps Stable sends out a smartly bred colt to debut here in GRAND CAY (Uncle Mo), a son of MGSW Abaco (Giant's Causeway), earner of over $780,000 and second in the GI Flower Bowl S. at Belmont. She's a fourth-generation graded stakes winner in a line starting with champion Relaxing, the dam of Easy Goer (Alydar). On the far outside of the field will break Field Marshal (War Front), another with a purple catalog page. This is the second foal out of MGSW Sentiero Italia (Medaglia d'Oro), the first being half-brother and GISP Santin (Distorted Humor). This Godolphin homebred son of War Front has been working steadily and will be unveiled under the tutelage of Bill Mott. TCJIS PPs