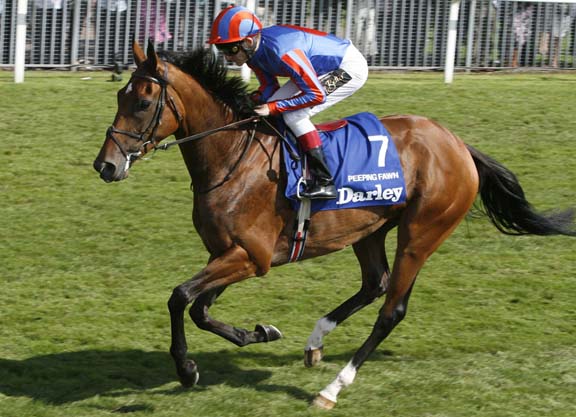 9th-DMR, $52K, Msw, 2yo, 1mT, post time: 7:30 p.m. EST
ROYAL ACT (American Pharoah) cost C R K Stables $500K as a Keeneland September yearling last fall and is out of a daughter of Grade III-winning turf distaffer Grand Charmer (Lord Avie), the dam of SP Skinflint (Super Saver) and of Flirtatious (A.P. Indy). The latter was responsible for 2006 Eclipse Award-winning 3-year-old filly Wait a While (Maria's Mon), a three-time Grade I winner on the grass, but also third in the GI Kentucky Oaks. Grand Charmer is a half-sister to Private Feeling (Belong to Me), dam of two-time champion and MGISW Lookin At Lucky (Smart Strike) and MGSW Kensei (Mr. Greeley). TJCIS PPs