Sumbal and Chemical Charge To Stand at Grandcamp 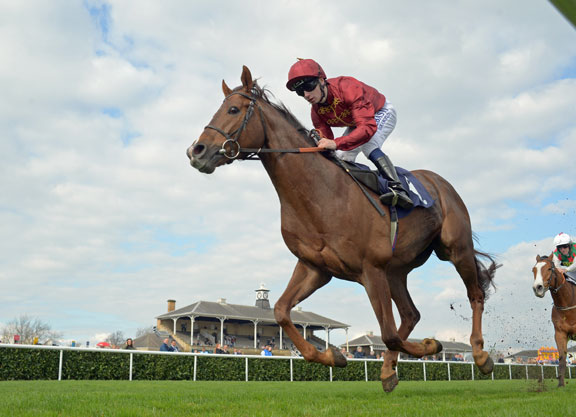 The Qatar Racing pair of Sumbal (Ire) (Danehill Dancer {Ire}–Alix Road {Fr}, by Linamix {Fr}) and Chemical Charge (Ire) (Sea The Stars {Ire}–Jakonda, by Kingmambo) will enter stud at Haras de Grandcamp in 2019, according to a story in the Jour de Galop.

Chemical Charge, the winner of the G3 September S. at Kempton, was black-type placed in three additional races, including a third in Royal Ascot's G2 Hardwicke S., and will stand for a fee of €4,000.

“Chemical Charge has a page which represents both European and American bloodlines,” Grandcamp's Eric Lhermite told the JDG. “His family has already produced good stallions like Summer Squall and  A.P. Indy. Undefeated in two outings as a 2-year-old, he was injured, and while it is usually very difficult to return to competition after this type of incident, Chemical Charge was tough enough and solid enough to resurface, win a group race and place at the top level at Royal Ascot. Like Sumbal, he was acquired by a group of breeders.”

Sumbal, the winner of the G2 Prix Greffulhe at Saint-Cloud as a 3-year-old, will be offered at €3,000, and will be well-supported by his owners, said Lhermite. “With his exceptional way of moving, his imposing style and his flexibility, he is a horse that can produce flat and jump runners.”