Stronach vs. DerbyWars Lawsuit Gets Streamlined 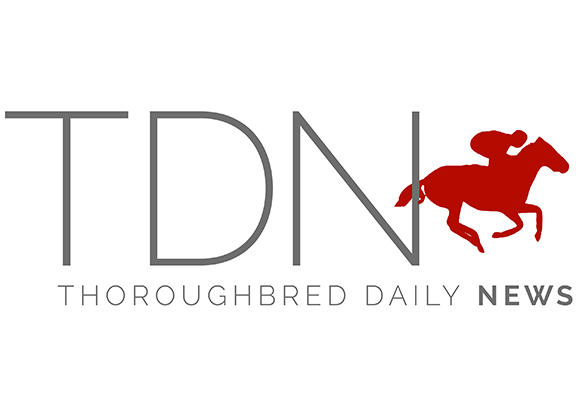 Six tracks owned by The Stronach Group (TSG) have fine-tuned a federal civil lawsuit against DerbyWars in an effort to hammer home the argument that the online fantasy gaming site allegedly took illegal bets on TSG races without contributing anything back to the horsemen and tracks that put on the show.

The amended lawsuit, which was filed Monday in accordance with a deadline set two weeks ago by the United States Central District Court of California, streamlines what was initially a four-count complaint into what the TSG tracks believe are the two strongest allegations likely to result in the awarding of monetary damages and injunctive relief.

On May 2, the judge in the case had dismissed three of the four original causes of action that had been included in the December 2015 filing. But the court gave the plaintiffs 14 days to reformulate portions of the suit and address structural deficiencies in their arguments.
In the May 16 filing, the TSG tracks (Santa Anita Park, Golden Gate Fields, Gulfstream Park, Laurel Park, Pimlico Race Course and Portland Meadows) opted not to keep pursuing the most potentially damaging cause of action, which had alleged violations of the Racketeer Influenced and Corrupt Organizations Act (RICO).

Now, the two remaining planks of the complaint will focus on alleged violations of both the Interstate Horse Racing Act of 1978 (IHA) and the California Business & Professions Code, which regulates “unfair or fraudulent” business acts.

With the RICO charges cast out of the argument, the retooled case is likely to hinge on the proving or disproving of one key point: Are the contest selections made by pay-to-play fantasy horse racing game participants actually “bets”?

If the court rules that fantasy horse racing contest selections are bets, then DerbyWars (and by extension, other fantasy gaming portals) could be considered to be in violation of the IHA and California state laws. If the selections are deemed not to be bets, then such a ruling could fling the legal doors wide open for any entity that wants to create and implement fantasy- and tournament-styled online gaming based on horse race results.

Scott Daruty, a California-based TSG executive who is spearheading the move to clarify the role of fantasy gaming within the racing industry, said in a Tuesday phone interview that “it's not that we are necessarily opposed to contests on horse racing. It's the fact that these contests are being conducted outside the regulatory framework, and without any compensation being paid to the tracks and the horsemen.”

Daruty continued: “If you were to take this business model and expand it across the whole industry, the revenue source that drives our whole industry would fall away and we would be left with an industry that couldn't sustain itself. That's what we're fighting about. It's a landmark case. This is not an attempt to shut down contests on horse racing or handicapping contests themselves. It's an attempt to make sure the revenue source that sustains our industry is not put in jeopardy.”

Mark Midland, the founder of Horse Racing Labs, LLC, which is the parent company of DerbyWars, wrote in a Tuesday email that “we continue to believe that the claims are without merit, and we will continue to vigorously defend ourselves going forward.”

Midland's email continued, in part: “As our company name suggests, the goal of Horse Racing Labs is to innovate and grow horse racing. We find it frustrating that we are being met with resistance. As we have said publicly, our goal has always been to contribute to tracks and horsemen. And we have repeatedly conveyed this to TSG.

“To the argument being made against DerbyWars, let me be perfectly clear. We work with tracks. We have worked with tracks. We will continue to work with tracks. In fact, DerbyWars has been a sponsor of Santa Anita, and Santa Anita racetrack promoted DerbyWars on their site all throughout last year. Our company is a small startup, driven by a deep rooted passion in horse racing, and our entire mission is to see this sport grow and thrive… We look forward to resolving these issues and moving forward with what we do–creating new products and services that will engage new fans and grow this sport.”